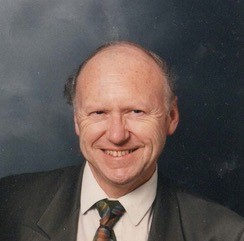 Philip’s parents met and married in Elkhorn, MB, where they both worked. The couple moved west, settling for a time in the BC First Nation community of Gitanyow (formerly Kitwankool). His parents moved there because his father was assigned to be the local priest and teacher. Philip was born in Hazelton, BC (the third of four brothers – David, Richard, and the late Harry) as this was where the closest hospital to Gitanyow was situated.

It was in 1970, that Philip came to Vancouver and went looking for an Anglican church. His mother had earlier heard of St. James’, but only from unemployed men who rode the trains across the prairies during the Great Depression. She was in charge of a bakery in Elkhorn. Fr. Cooper (then Rector of St James’) apparently told any of these men whom he had met in Gastown to hop off the train at the water stop in Elkhorn and run to the bakery for food.  Philip's mother would give the men a hot meal and sandwiches to take back on the train. She herself had never been to Vancouver, having come directly to Winnipeg from England.

Philip and Cynthia met at St James’ and were married here in 1983.  Devoted to one another, Philip and Cynthia regularly offered hospitality to parishioners in their home.  More recently, Philip has cared for Cynthia as she has become less mobile.  Philip, who travelled widely in his younger days, had a particular affection for Cynthia’s home island of Trinidad.

Over the years, the Anglo-Catholic liturgical tradition was a major attraction for Philip.  He was a server, a Lay Subdeacon, and a Master of Ceremonies. He acted on occasion as a consultant on future liturgical services because of his experience in this last capacity. Employment as an administrative clerk in a bank, a tax preparer, hotel night auditor, and accountant prepared him well for his many other roles in the parish. At St. James’ he served as a bookkeeper, treasurer for about five years, and until his death, as Envelope Secretary. He was also known as the one who sets off the church alarm when he is working late.

Philip Green was invested into the Order of the Diocese of New Westminster in November of 2012. Here is the Citation:

Philip has been quietly serving St. James for almost 40 years as a Server, M.C. and Envelope Secretary (amongst other roles). Philip has heard the call and his answer has always been “Here am I — send me!” the response of a true servant of God.

Donations in memory of Philip are invited to be sent to St James’ Anglican Church, 303 E Cordova St, Vancouver, BC, V6A 1L4, marked for the work of the Street Outreach Initiative (or via Donate on www.stjames.bc.ca, for Street Outreach) or to Canadian Blood Services, www.blood.ca, then Donations In Memoriam.