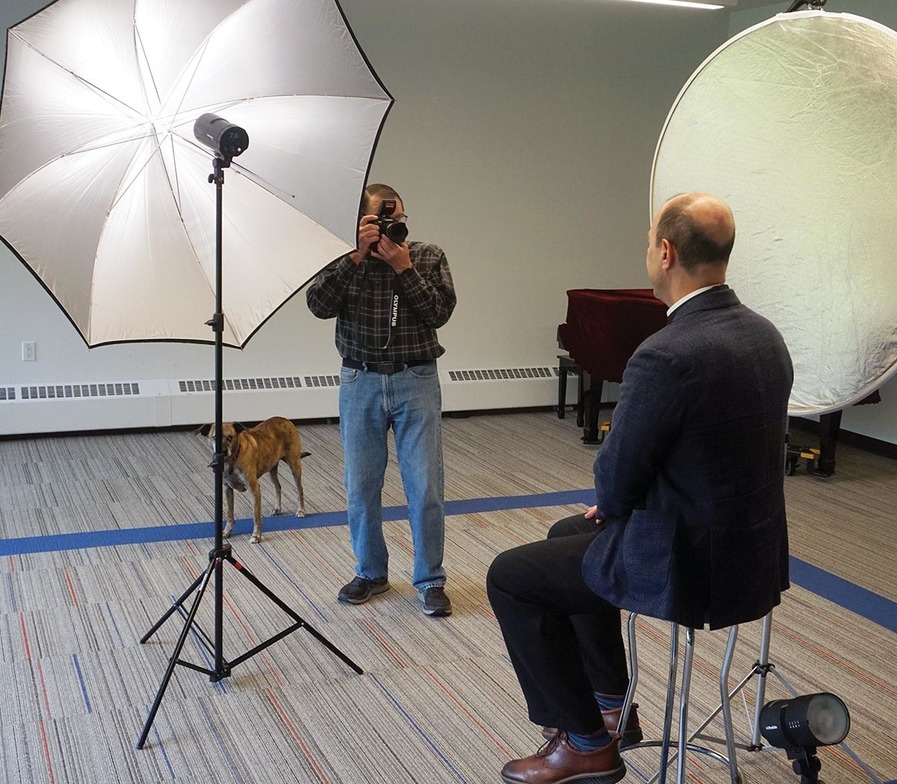 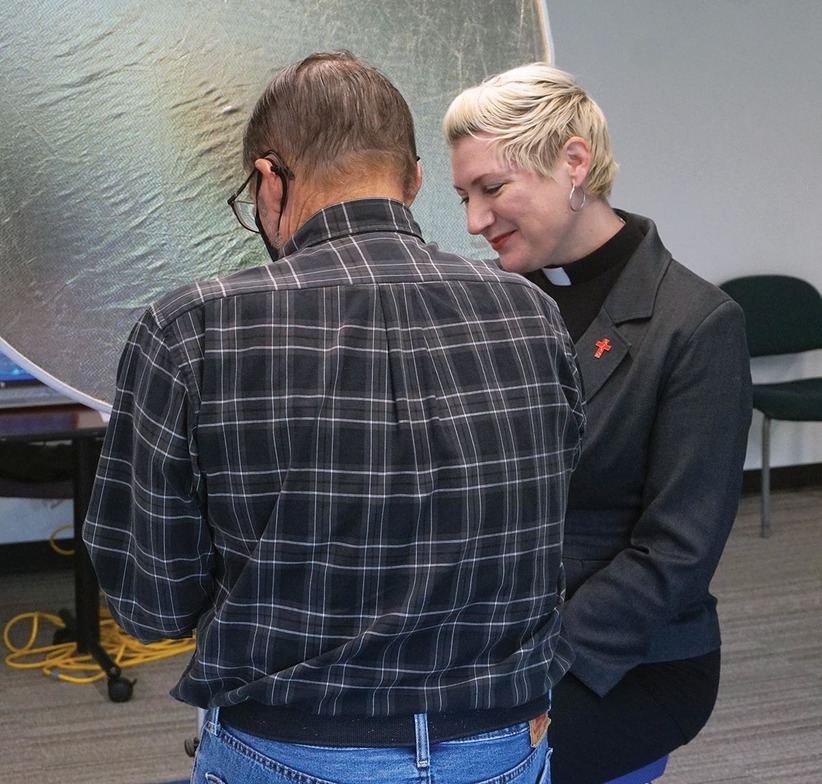 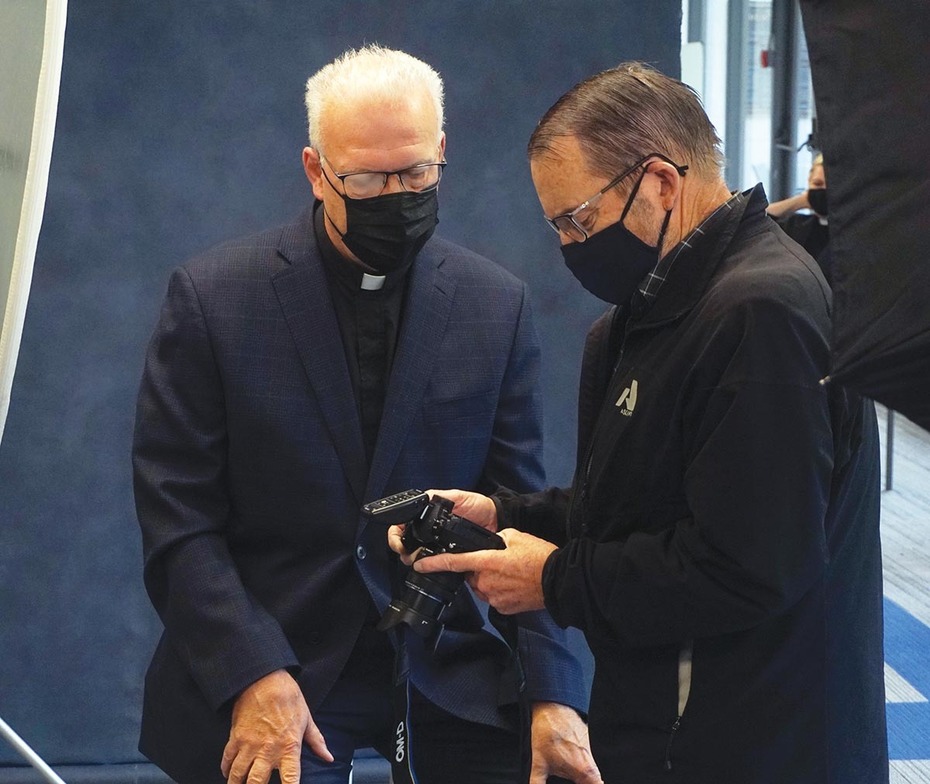 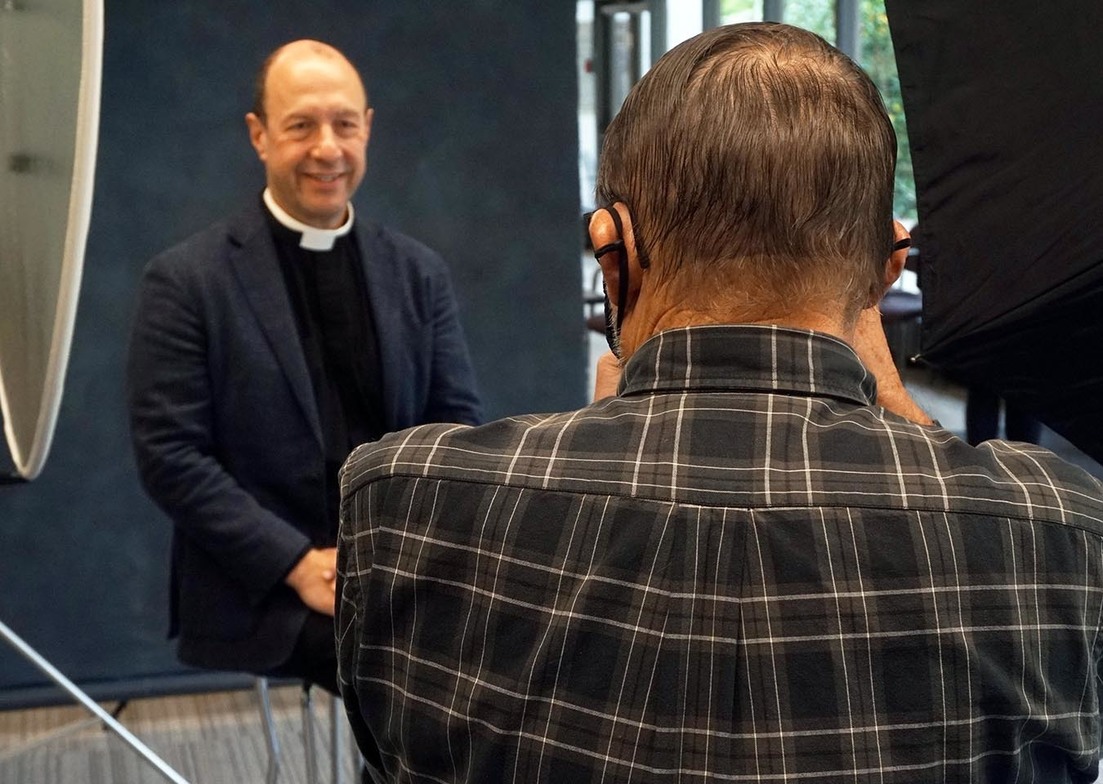 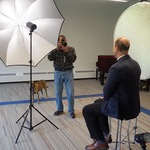 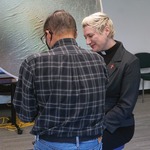 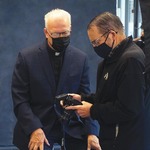 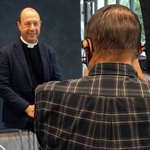 On October 12 and 13, Synod staff and clergy of the diocese of New Westminster were invited to choose a time-slot between 10am and 3pm and book a sitting at the Synod offices to have their pictures taken. This initiative was launched in 2012 to standardize photographs of diocesan personnel and to ensure that in an age of increasing visuality there would always be photos available for print and digital communications. Although the purpose of this initiative is to ensure that diocesan communications has personnel photos, clergy are encouraged to use the photos for their benefit, for websites, professional profiles or any other uses that may emerge. Over the last nine years there have been seven of these sessions and the photographer for every one of these has been and continues to be Wayne Chose.

Wayne has a long history of service in our diocese both as a contractor and as volunteer. Wayne and his late wife Mary attended Christ Church Cathedral during the incumbency of the late Bishop Jim Cruickshank when he was Dean Jim Cruickshank (1983-1992) and was always willing to lend his considerable skills as a photographer and videographer both at the parish and diocesan level. When hired as a contractor, Wayne would reduce his fees to a fraction of current market value.

Wayne has been the official photographer for every Investiture of New Members to the Order of the Diocese of New Westminster which began in November of 2009.

This, the seventh session of clergy and staff headshots was originally scheduled for November of 2020, however COVID-19’s second wave put a halt to those plans. Although we are well into the fourth wave of COVID in our province, proven safety protocols and high vaccination levels allowed diocesan communications to schedule the sessions.

In the two days, Wayne photographed 45 clergy and staff with all but one of the priests newly arrived in the diocese in the past two years included in that number.

Thank-you Wayne, and we look forward to everyone being able to gather, and you being there too on the first Saturday of November in 2022, for the next ODNW Investiture celebration.