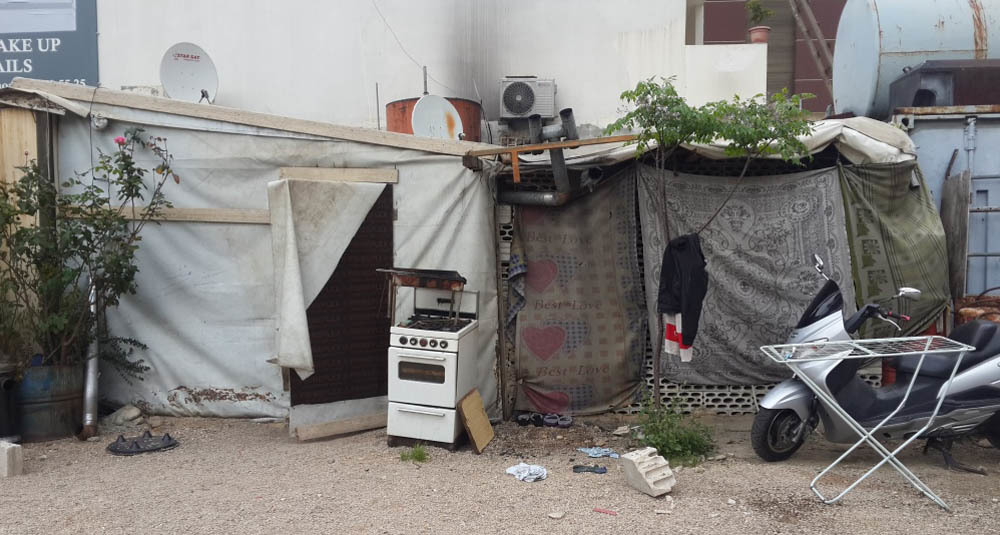 The refugees, who come from a small farming village in Syria, are known to a parishioner of St. Helen’s who became acquainted with them through archaeological research in Syria before 2011.

The group consists of three brothers and a sister from one family, along with three of their spouses, and a 2-year old daughter of one of the couples. The group is currently living in a two-roomed canvas-sided shack outside of Beirut (see image). The family members try to manage on a very modest monthly stipend they receive from the World Food Program and whatever odd jobs they can find.

In Vancouver, sponsorship efforts have been onging,  filling out and completing the lengthy sponsorship forms required by the Canadian government, raising the necessary funds to support the family for their first year in Canada, and working out a viable settlement plan upon their arrival (housing, ESL classes, employment training etc.).

Fundraising is the biggest challenge of sponsorship given the cost of living in Vancouver and the large size of the refugee group. St. Helen’s is being helped along by the generous fundraising enterprises of other Anglican parishes (e.g. the Parish of St. Luke’s Anglican Church in Rosemont, Ontario; and a dedicated student group from the University of British Columbia (UBC Refugee Relief).