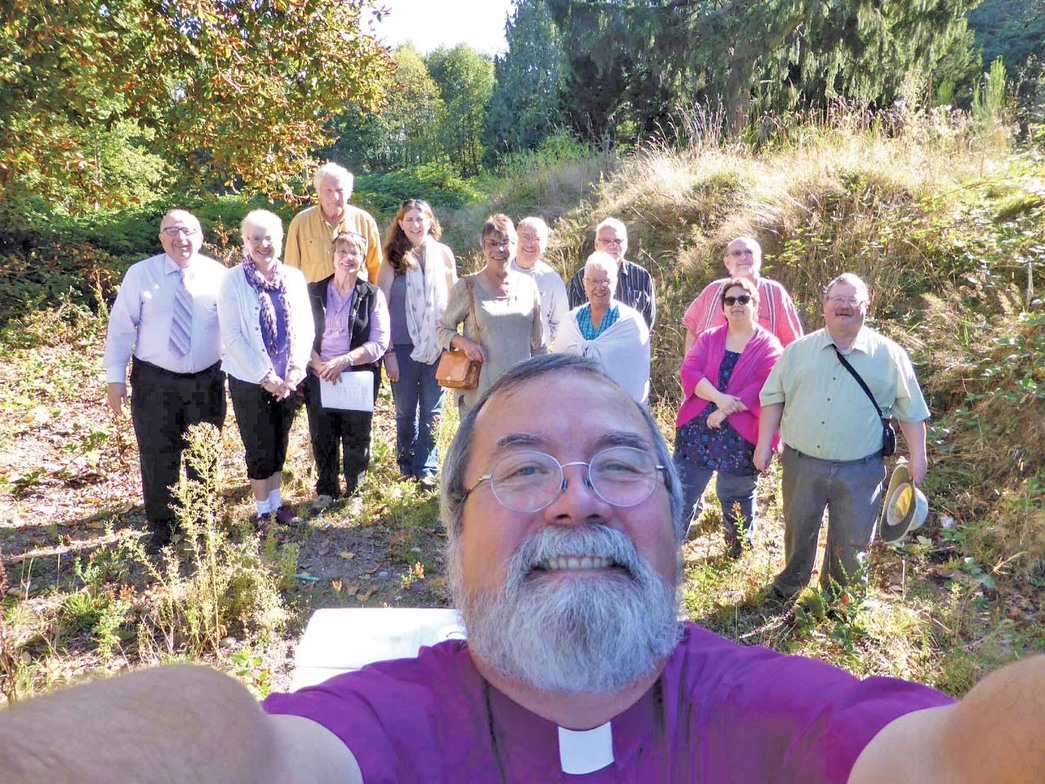 On September 12 and 13th, the Council of the Ecclesiastical Province of British Columbia and Yukon met at St Andrew, Langley. This body, which includes representatives from each of the dioceses (British Columbia, Caledonia, Kootenay, New Westminster, and Yukon) and the Anglican Parishes of the Central Interior, meets regularly between Provincial Synods. Twice a year the group “gathers” for telephone conference calls and once a year, they gather in person. The Council is responsible for carrying forward the work of Synod in the three years between each of those events.

The work of the Ecclesiastical Province has four key areas.

The first is maintaining the archives for the Province which are located with the Archives of the Diocese of New Westminster and managed by the same archivist, Melanie Delva. The Province’s archives include material from the Diocese of Cariboo. At this September meeting, the Council heard updates on the necessary relocation of the Archives due to the sale of the Iona Building at VST and approved funding for their portion of the relocation along with adjusting their budget to include rent for the new space. Melanie provided Council with a lovely report on how her work as an archivist is a ministry for the church which touches the lives of many who are not regularly present in our congregations.

The second area of work for the Ecclesiastical Province is youth ministry. The British Columbia and Yukon Anglican Youth Movement (BCYAYM) sends two delegates to the Council and makes regular reports. The opportunities for young people – particularly from the more rural parts of the Province – to gather are vitally important. BCYAYM sponsors an annual weekend conference over Thanksgiving Weekend and has been exploring partnerships with Sorrento Centre and the Diocese of New Westminster to offer an annual event in February as well. The Provincial Council provides annual funding through their budget and other forms of support to BCYAYM.

Third, the Ecclesiastical Province has been working for some time on potential areas of cooperation among the dioceses. Recently, we have been considering the formation of deacons and priests as well as lay readers with an eye towards sharing resources for formation and easing cross-diocesan moves. Additionally, conversations are on-going about safe church practices for provincial events (this is part of the Council’s work to support BCYAYM) and ways camping ministries in the Province can communicate and work together. At the September meeting, the Council spoke about increasing our relationships through prayer and other exchanges.

The fourth area of work for the Ecclesiastical Province has been the stewardship of a major gift from the late Doris Skelton – a portion of the farm she and her husband owned near the Surrey/Langley border. The dream for this property had been to create a retreat centre, but after nearly a decade of research, it became clear to the Ecclesiastical Province that such a centre was not feasible. In late 2013, the Ecclesiastical Province and the City of Surrey came to an agreement for the land – reuniting the whole of the Skelton farm into the City’s Hi Knoll Park. The Ecclesiastical Province has retained the right to exclusive use of the site for four days each year. To celebrate Doris Skelton’s gift, the work of stewardship many had given to the land in the year’s since it came into the Province’s ownership (including Monte Worthington from the Diocese of New Westminster), and the successful agreement with the City of Surrey, the Provincial Council met for Holy Eucharist on the site. It was a beautiful day and a moving commemoration of the Founders, Benefactors, & Missionaries of the Anglican Church of Canada.

Image: Metropolitan of the Ecclesiastical Province of BC/Yukon and Chair of Provincial Synod, the Most Reverend John Privett takes a selfie with the Provincial Synod folks behind him at Hi Knoll Park. The author is second from the left in the back row.