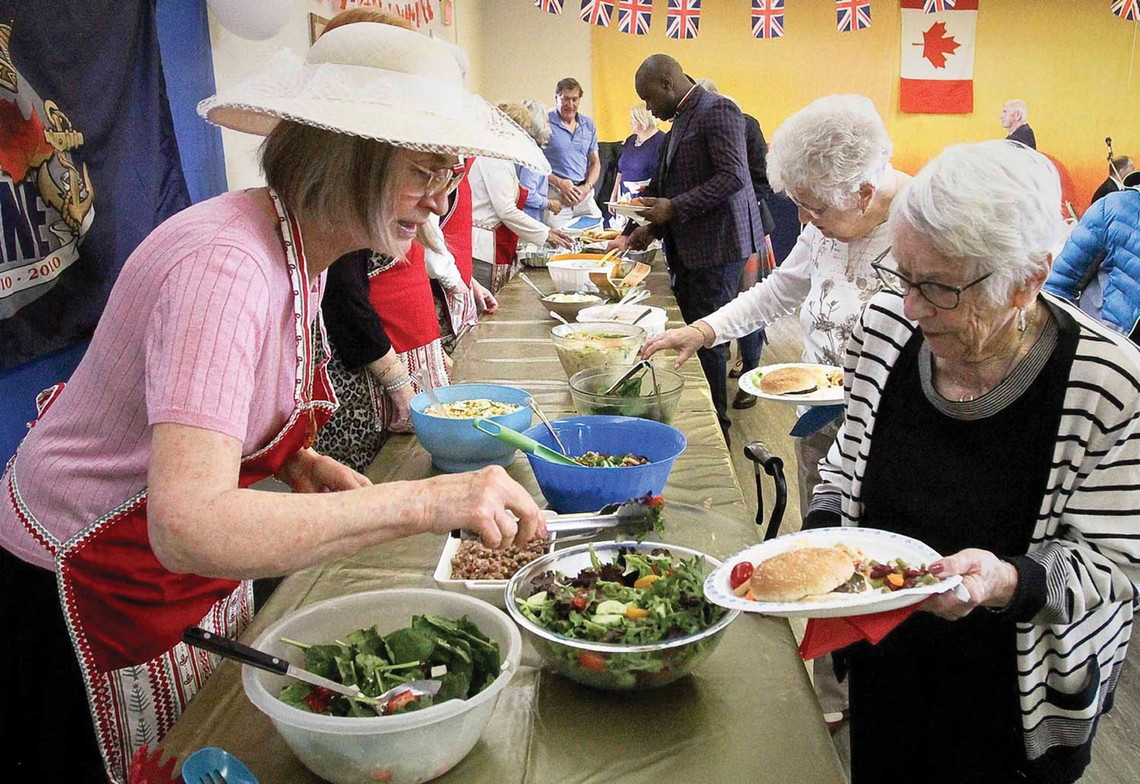 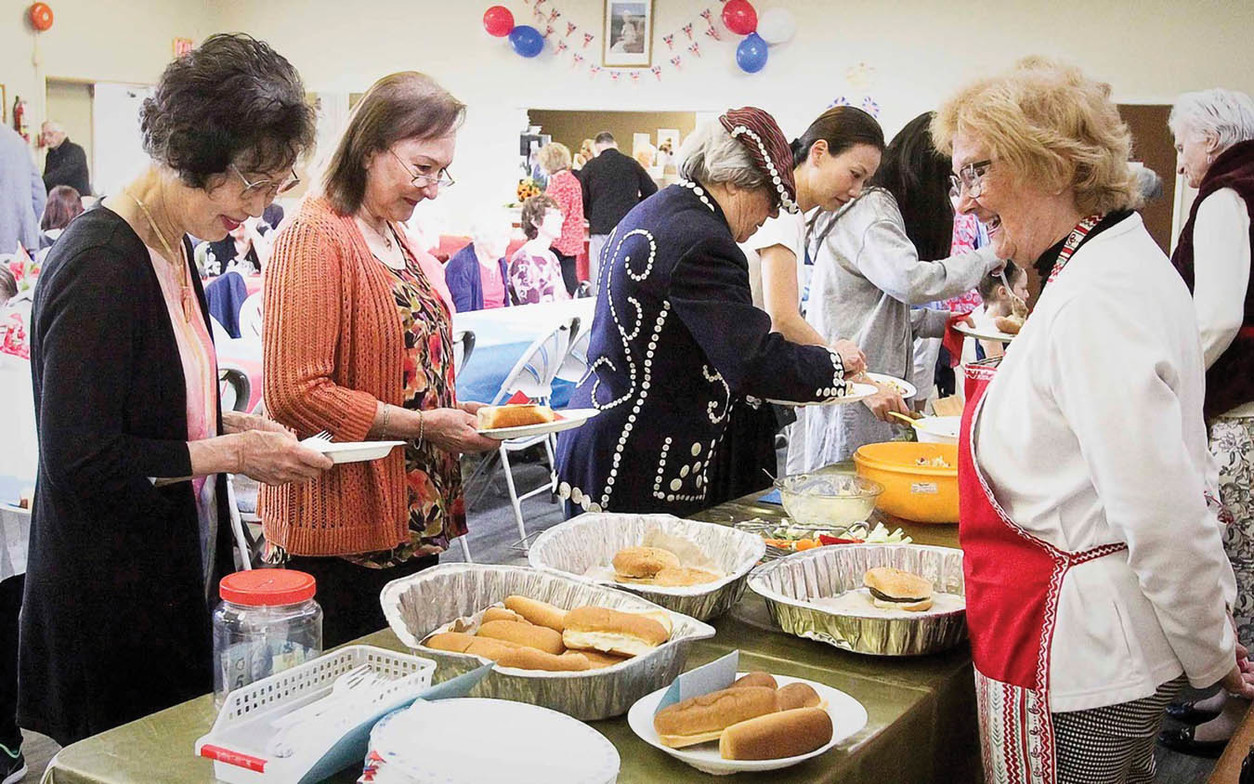 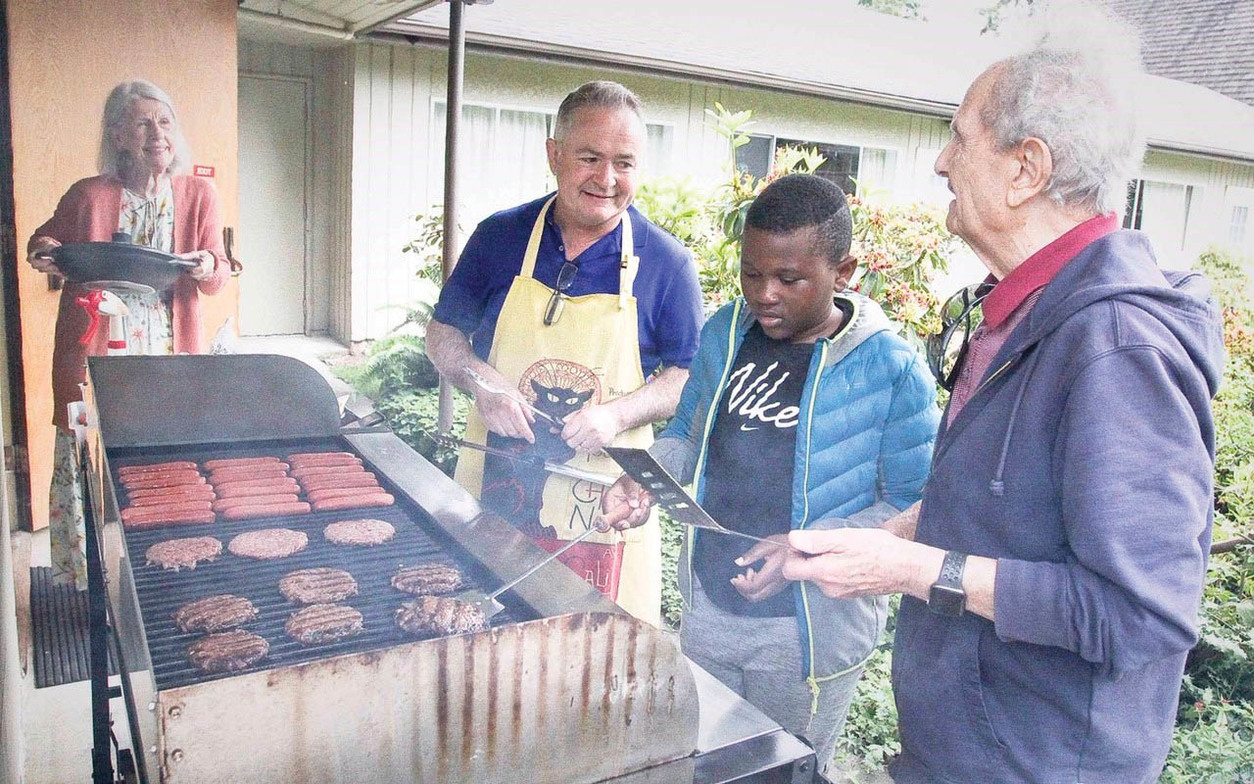 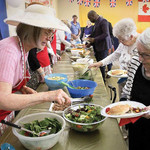 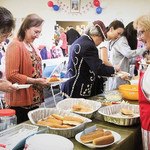 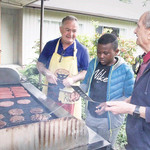 St. David’s, Tsawwassen began its June 5 Big Lunch Platinum Jubilee celebration under a canopy of red, white and blue, and ended it in a bow to the Queen’s Green Canopy invitation to Plant a Tree for the Jubilee.

In compliance with Her Majesty Queen Elizabeth ll’s wish to create a legacy which will benefit future generations, a Paul’s Scarlet Crataegus laevigata Hawthorn tree was blessed by the Rev. Simbarashe Basvi and planted by 90-year-old John Hedgecock and six-year-old Akeela. (The coincidental 90+6 years did not escape those who respect the monarch’s age!)

Due to a weather forecast that promised rain, the Big Lunch was moved indoors where parishioners, friends and neighbours mixed socially while piper George Panagiotou of Simon Fraser University’s Robert Malcolm Memorial Pipe Band played in the background. Hamburgers and hot dogs sizzled on the barbecue and volunteer servers, at a buffet table of assorted salads and condiments, stood-by until after program participants were piped to the platform.

Between salad and dessert courses, attention was directed to the cake-cutting ceremony by the piping to the platform of Kay Foord with a celebratory cake in honour of the sovereign and a decorated with Queen’s cypher. Kay announced that in recognition of Elizabeth Murray’s nine-year chairmanship of Big Lunches (beginning with the Queen’s Diamond Jubilee in 2012), she was asked to cut the cake, a ritual Elizabeth performed with her family hereditary jewelled Sgian Dubh Dirk.

The Big Lunch concept, launched in 2009 by the Eden Project (located in a small south Cornwall hamlet in the Parish of Saint Blaise), is about the millions of people across the Commonwealth getting together to meet, greet, and share a meal every first weekend of June.

This year was a remarkable Commonwealth-wide-tribute to the longest serving monarch in British history, and second longest in world history. Sharing this celebration with others from afar, the Big Lunch at St. David’s coincided with London’s extraordinary four-day festival of events.