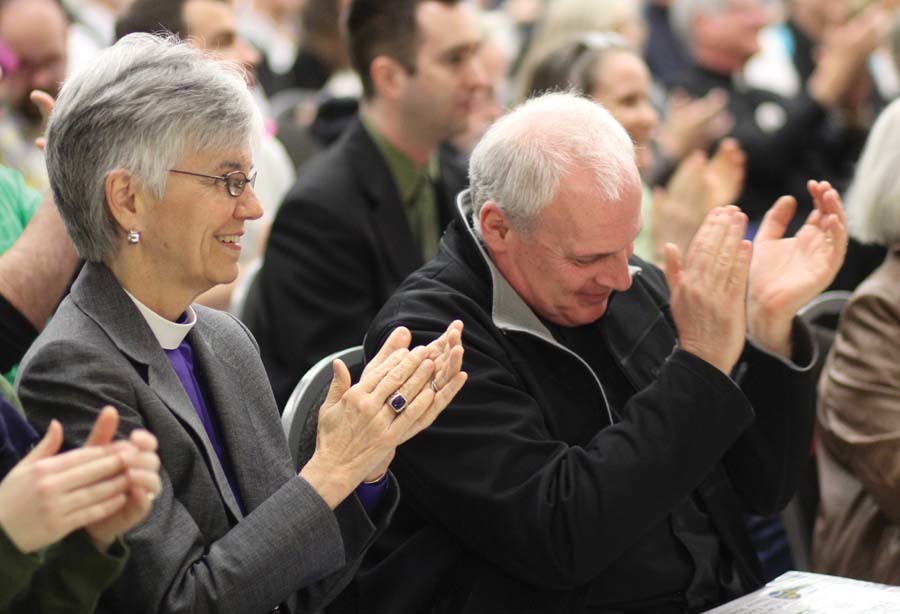 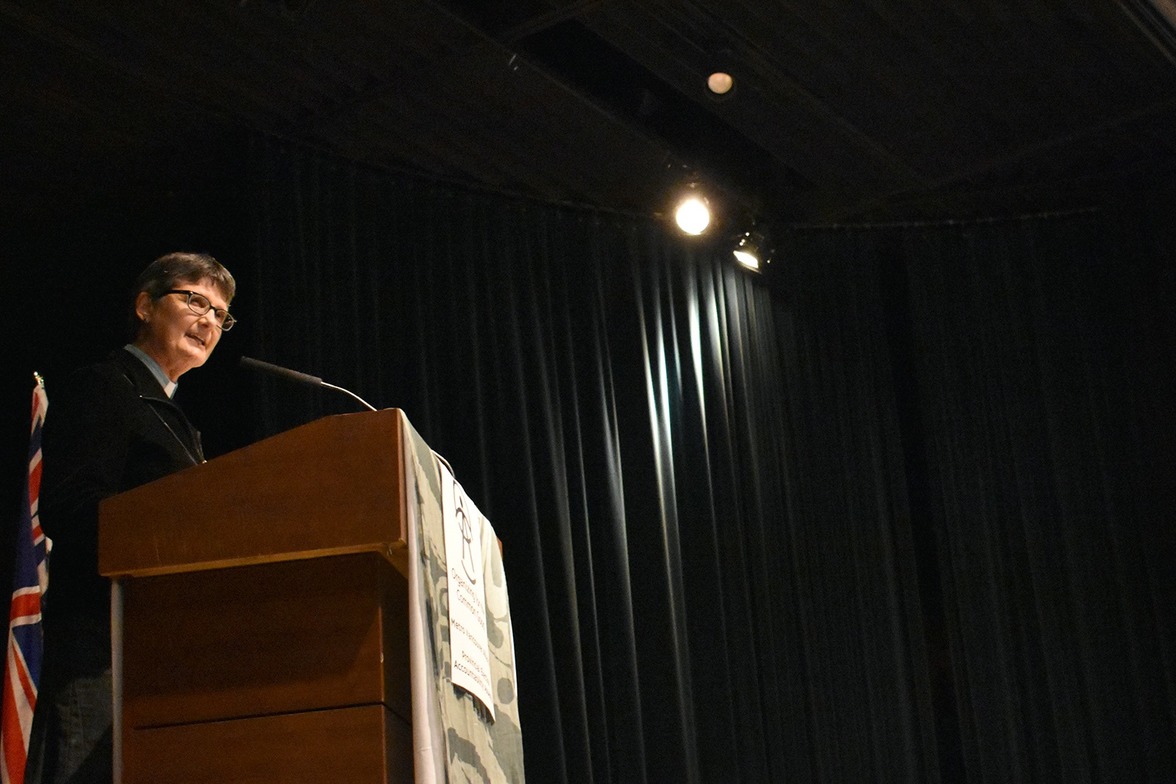 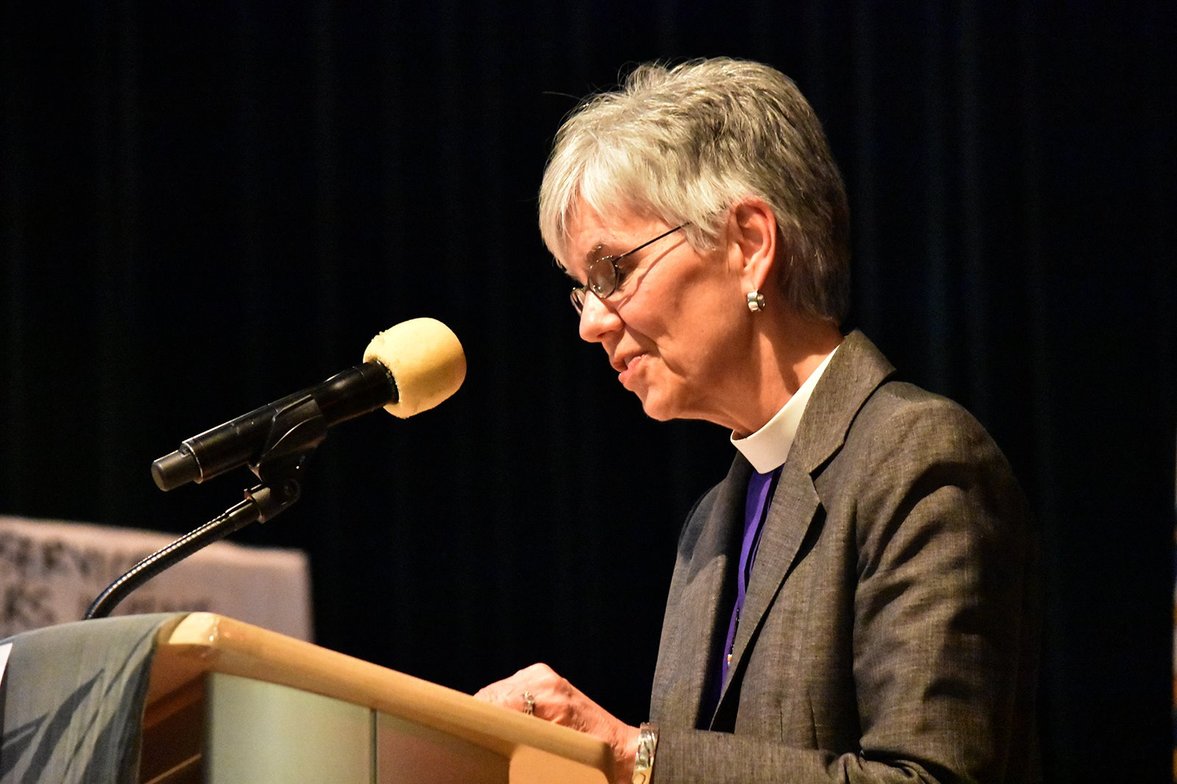 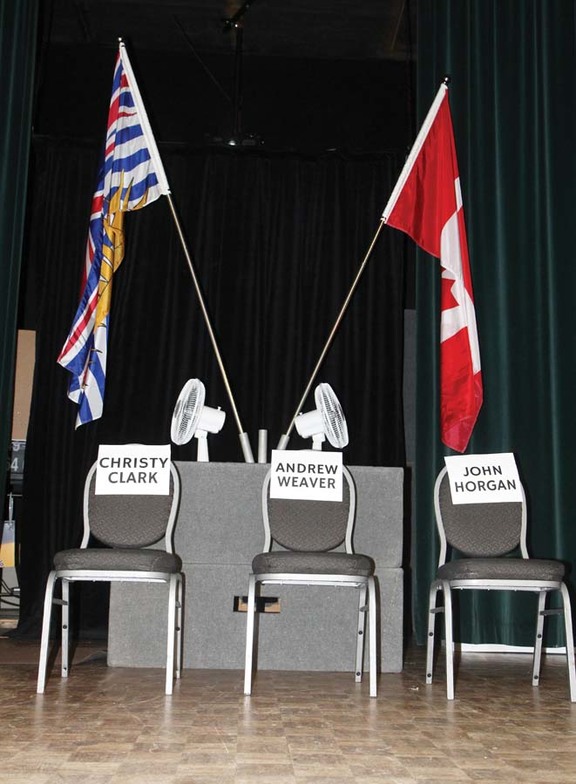 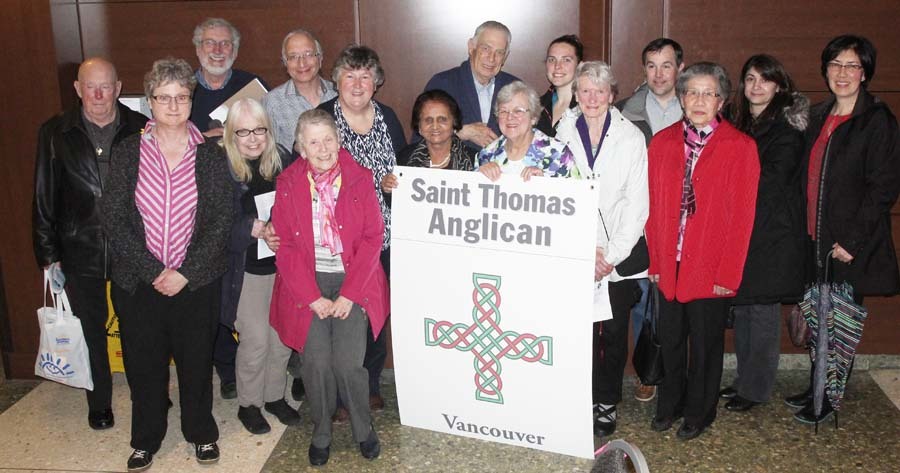 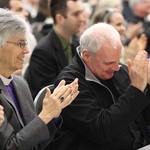 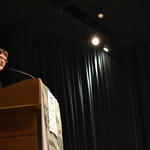 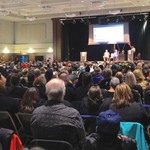 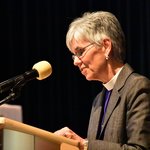 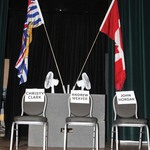 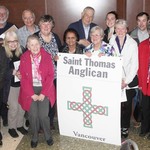 Election season is here again and the good folks at Metro Vancouver Alliance (MVA) are doing all in their power to help politicians understand what voters want for BC.

On Tuesday, April 4, 2017, I made my way to the Italian Cultural Center for a two hour event billed as the "provincial election accountability assembly": an opportunity for regular folk to ask the leaders of BC's provincial parties to “commit to commonly agreed proposals that will make our province a better place for all of us”.

Broadly stated, MVA has four issues that are of interest to its members:

I was delighted to see that the hall was nearing capacity with over 800 delegates and others when the meeting kicked off promptly at 6 o'clock.

Three chairs were prominently displayed on stage, each one with a party leader’s name attached.

An hour later, I was dismayed to realize that we had not yet begun the actual business of the evening. That first hour had been given over to five cultural performances and a very long roll call process. Don't get me wrong, the performers were all well -rehearsed and enthusiastic, but I don’t think that this polite crowd was there to be entertained, they wanted an opportunity to speak to and hear from the leaders. In regards to the Roll Call, I’m guessing that protocol requires each presenter state their name, the organization that they represent and the number of people present.  And indeed, some presenters did exactly that. However there were a number of others - lured by an open mic and a captive audience - who took the opportunity to give something of a thumbnail sketch of the organization which they represented. This would have been okay if not for the fact that there were over 50 of ‘em in attendance.

At 7pm the co-presenters finally got to their microphones and immediately craved our indulgence to extend the meeting by fifteen minutes. In reality the meeting had to run for a further fifteen minutes in order to cover the business at hand.

Next, the Premier of the province - whose chair was vacant - was given a gentle chiding by the Rev. Margaret Marquardt, one of the MVA event co-chairs and the chair of the diocese of New Westminster’s  Eco-Justice Unit. (The diocese of New Westminster is a sponsoring organization of MVA and a number of churches in the diocese including: St. Thomas’, Vancouver, St. Catherine, Capilano, St. Laurence, Coquitlam and St. James’ are member groups.) In reference to the premier’s absence Rev. Marquardt stated that every opportunity had been given for her to attend this meeting. Despite several month’s notice, and invitations from a variety of sources, Ms. Clarke was unable to attend. This announcement produced some groaning from the audience.

Prior to hearing from the party leaders,  a variety of speakers, drawn from a broad spectrum of backgrounds, took the stage. They offered either reflections or testimonials. Bishop Melissa Skelton told of her difficulty in trying to find a primary care physician after she had moved to Vancouver from the United States. Since accessible healthcare is one of the issues that the MVA wants to raise, the Bishop's comments were timely and noteworthy.

Bishop Greg Mohr of the BC Synod of the Evangelical Lutheran Church in Canada began his statement by saying. “The measure of a society lies not in its economic prowess. Rather, the measure of a society is in how it treats the most vulnerable among us; how it treats the less fortunate, the most at risk, the ones who have little, those who, as some would describe, are “the least” among us.” He then briefly examined the government’s responsibility to care for the “many whom are left behind.”

Without question, the standout speech was made by Bet Tuason, an advocate for the needs of HandyDART users.  For those of you unfamiliar with this service, TRANSLINK the BC public transit authority describes HandyDART as “a door-to-door, shared ride service for passengers with physical or cognitive disabilities who are unable to use conventional public transit without assistance. The driver comes to your home, helps you board on the vehicle, and get you to the door of your destination safely.”

Mr. Tuason is confined to a wheelchair and has significant health issues. He gave a riveting and heartfelt speech about the difficulties and challenges of getting around the city using HandyDART. His group is advocating for a service that is accessible, affordable and available.

Mr. Tuason is currently undergoing dialysis three days a week and described having to get up at four in the morning to prepare for the arrival of the HandyDART, hours later. He spoke of long waits by the curb. For a man in his precarious position, time really is of the essence. When he says that HandyDart is a matter of life OR death to him, he is not using a figure of speech, he is stating the facts. Mr. Tuason received an extended round of applause at the conclusion of his address.

The party leaders, John Horgan and Andrew Weaver had both sat patiently on stage throughout. They were asked to respond to a series of questions put to them by another set of co-chairs. The questions covered MVA’s four topics of concern stated earlier.

Messrs. Horgan and Weaver were cordial towards each other. They spoke effectively within the time limits that had been set. They committed to some issues (like increased HandyDART funding) and skated around the trickier issues.

On MVA’s proposal for an additional ten thousand housing units, Mr. Horgan felt that right now the province did not yet have the capacity to build as many houses as that.

On reforms to the Residential Tenancy Act, Mr. Weaver felt it was important to protect good landlords and good tenants, while trying to tweak the Act.

In their final comments, both men thanked the MVA for organizing the event, and encouraged all eligible voters to cast a ballot on Election Day. Mr. Horgan concluded by saying that “thirty five days from now, we’d be looking at a better BC, implying that the election outcome will alter the current make up of the Provincial Legislature.  We'll see what happens the evening of May 9, 2017.

(This is an excerpt from Cliff Caprani's full report that will be available in the Summer issue of Topic, the publication of the Diocese of New Westminster. Summer Topic will be online May 29 and in homes and churches during the first few days of June.)

A PDF of Bishop Greg Mohr's address is available for downloading below.