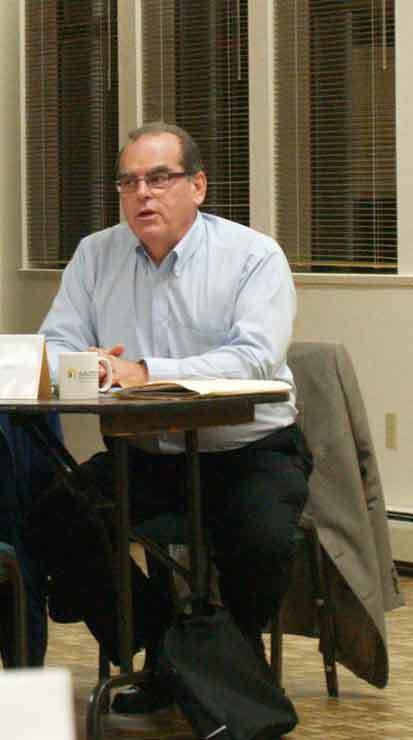 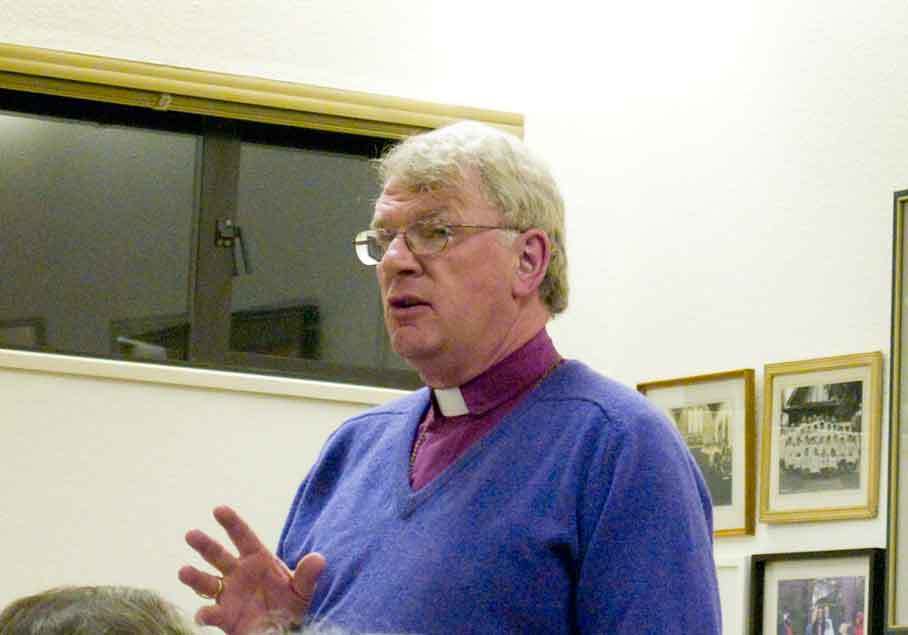 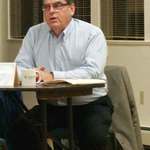 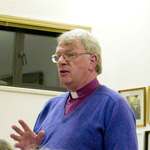 Bishop’s Remarks
+Michael welcomed council during this season of thanksgiving reminding us that there is much for which we can be thankful. He drew our attention to the fact that within 30 or so minutes it was anticipated that the first of the Chilean miners would be rescued from the collapsed mine. +Michael said that this extraordinary event has focused the world’s attention on the hope for survival and rescue in a way that is in direct contrast to usual focus on war, terror, crime and other forms of bad news. This good news story has channelled hope instead of increasing fear or detachment. +Michael commented that the country of Chile has a strong value system that stems from church influence and that value system places a high respect on human life. This value system which has permeated the Chilean society has been front and centre in this drama of collective heroism.
+Michael encouraged deeper reflection on good news through the safeguarding of religious principles and values noting that Pope Benedict, in a recent visit to the U.K., called attention in his speeches to the religious values that have shaped European culture, speaking out against the current trends of backlash against religious values and believers. Pope Benedict said that the Church across Europe should share a profound sense of unease with the rising tide of secularism at the marginalization of religious values.
+Michael said the global interest in the Chilean rescue and the Pope’s speeches reflect a real thirst and hunger for Good News. This hunger and thirst is in conflict with values centred on self interest and those driven by market forces. +Michael remarked that he was also thankful for a very successful clergy conference last week. The conference speaker was Alan Roxburgh who encouraged clergy to think of recent changes in church life as God inviting the church into new spaces. Alan pointed out that a fixation on negatives such as aging congregations and declining numbers might blind us to what God is up to in our parishes and neighbourhoods.
Our bishop also spoke to council about a recent trip and some planned tips. On the first weekend of October, +Michael and Bishop James Cowan of the Diocesan of British Columbia went up to Kingcome Inlet for a joint pastoral visit to the people of Kingcome inlet following the devastating damage caused by the flood at the end of September. Bishops Michael and James celebrated communion for the people of Kingcome Inlet at Alert Bay. The bishops have contacted PWRDF to assist the people of Kingcome who were all evacuated by helicopter to Alert Bay. Regarding repair of the church, an insurance assessment is in process as is an assessment by the Federal Government.
In two weeks time +Michael will travel to Taiwan with Phil Colvin, the Youth Ministry Coordinator. The purpose of this trip to our companion diocese is to further conversation and links between youth of our two dioceses. +Michael will also visit the bishop of Hong Kong to speak about the many things we have in common and to seek guidance in rebuilding Chinese congregations in our diocese.
In the new year +Michael will travel to Dar es Salaam in Tanzania to take part in the ongoing indaba conversation. Bishops from around the Anglican Communion will meet in Dar es Salaam to continue the dialogue begun at the Lambeth conference in the hope of bridging divides and rebuilding relationships. On his way to Tanzania, +Michael will visit the Diocese of Burundi.
For +Michael, the above reflects some of the many aspects of life in the Church for which we are to give thanks. There is a great deal of Good News, there is much that God is bringing to life in creation. +Michael also welcomed the Reverend Christine Rowe, Regional Dean of North Vancouver and the incumbent at St. Catherine, North Van. Christine replaces the Reverend Carla McGhie as a deanery representative to DC.

The Reverend Andrew Wilhelm-Boyles, the Chair of the Diocesan Strategic Planning Group, led council in table group discussions about what a Diocesan Mission Review. Council discussed three questions. The answers to these questions were later shared in plenary session. The purpose of the exercise was to provide material to start the conversation around what a Diocesan Mission Review might resemble. The questions were:
1. How do you see the role of the diocese? What does a vital and sustainable diocese look like to you?
2. What voices or points of view need to be heard in the review?
3. How might we best hear from those voices? What approaches might be most effective.

Application to Anglican Foundation from St. George, Kingcome Inlet
Council supported the grant request application to the Anglican Foundation. The grant request of $15,000 is to assist the parish in significant repairs to the church building. It is noted that the Diocese of BC will also consider this request at their DC meeting this month. It is anticipated that this will then be a joint support of the two dioceses on behalf of St George, Kingcome Inlet. +Michael noted that the Anglican Foundation supports a lot of ministry in our diocese and across Canada. The foundation relies on the financial resources of ongoing gifts, contributions and annual membership fees. Our bishop noted that it costs very little for parishes to become members of the foundation, annual membership is $50. +Michael also noted that the transfer of ecclesiastical authority of Kingcome Inlet from the Diocese of New Westminster to the Diocese of British Columbia did not officially take place during the recent visit to Kingcome Inlet as both bishops felt that priority of the visit should be a pastoral response to the flood.

Financial Report
Mr Mark Beley, the Diocesan Comptroller presented a summary of the financial statement from the month of August noting that we’re on budget for most income and expenses except for a slight overrun on the cost of retired clergy benefits. Mark reported that the CTF is performing well with positive growth over the last four months.
Mr Rob Dickson added to the report stating that the sale of the church property from St John Burnaby is completed. Rob noted that the diocese appreciates the care and attention given to the property by Mr Michael Robert during the transition period between the closure of the parish and sale of the property.
The next meeting will be Tuesday, November 9th, 2010
What is Diocesan Council?