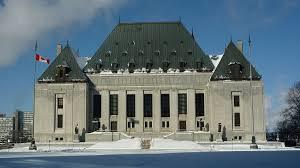 Anglican Voices speak in response to the decision of the Federal Court of Appeal August 30, 2018 regarding the Trans Mountain Pipeline Project (also known as Kinder Morgan pipeline)

On Thursday, August 30, 2018, the Federal Court of Appeal (Supreme Court of Canada) published its ruling based on the appeal (by nearly a dozen appeals) calling for the National Energy Board’s (NEB)review of the project to be overturned. Among the lawsuits brought forth were First Nations; Tsleil-Waututh and Squamish; the Province of BC, the city of Burnaby and various environmental groups.

In conversation with the Reverend Margaret Marquardt, the Reverend Vivian Seegers, assistant curate at St. Clement's and ordained leader of Urban Aboriginal Ministry at St. Mary Magdalene had this to say, “I so deeply appreciate the opportunity for meaningful consultation.”  In such a consultation, “we will hear of the care of our water. We need to bring back the eco-system so that we can breathe clean air and have clean water and respect for the creatures of the sea.”

Nigel Haggan, responding to the decision of the Court of Appeal reflected on the need for the NEB in doing a full consultation to include a wider diversity in their panel representing those with backgrounds in spiritual, ecological and artistic grounding. He stated that “to have really meaningful consultation, there has to be greater understanding of what meaningful means.” He asked the question of how the NEB as presently structured can conduct a meaningful consultation. This has to be determined. Still Dr. Haggan is hopeful that this decision of the Court of Appeal will allow for an opening to the values and commitments and moral consideration for the non-human as well as the human.

(Dr. Nigel Haggan is the author of “Becoming Indigenous. Measurable and Immeasurable Values in Ecosystem- Based Management.")

The decision of the Federal Court of Appeal focused on two main areas; the ruling said that during the NEB permit process, Canada acted in “good faith” when consulting but later fell “well short of the mark” in properly consulting First Nations during the third and final stage.

“Canada failed in Phase 3 to engage dialogue meaningfully and grapple with the real concerns of Indigenous applicants so as to explore possible accommodation of these concerns,” the decision reads. “The duty to consult was not adequately discharged.”

“Missing was a genuine and sustained effort to pursue meaningful, two way dialogue.”

“The unjustified exclusion of marine shipping from the scope of the project led to successive, unacceptable deficiencies in the (NEB’s) report and recommendations”.

The Reverend Margaret Marquardt is a priest of the Diocese of New Westminster and chair of the Diocesan Eco-Justice Unit.