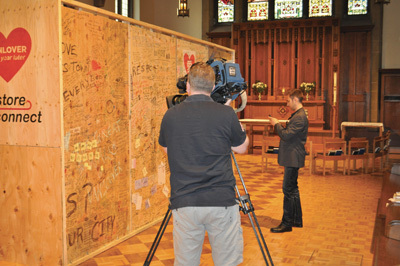 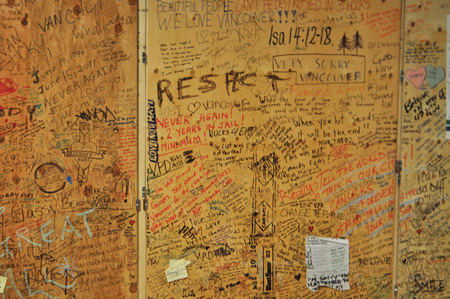 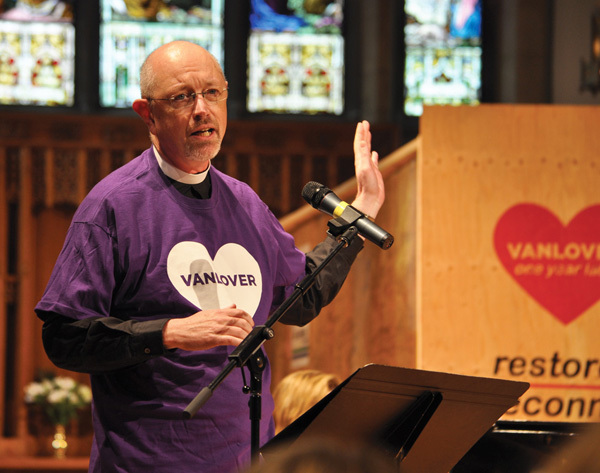 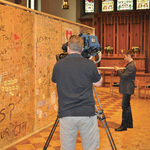 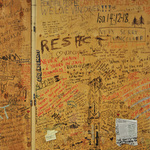 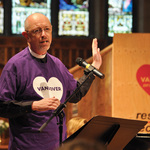 June 15th, 2011, the Vancouver Canucks lost Game 7 of the Stanley Cup final series to the Boston Bruins.
Minutes after the game ended a riot broke out among the thousands of people gathered in Vancouver’s downtown core. What followed was several hours of violent destruction. Dozens of windows belonging to businesses were smashed. Immediately following the riot the majority of the windows were boarded up with sheets of plywood.
All through the night, clean-up crews worked to attempt to restore the city to its pre-riot condition. The next day citizens of the lower mainland, a large percentage who were hockey fans gathered to clean up the city, and as they cleaned they wrote messages on the boards. Most of these messages were in reference to the hockey team and alluded to the premise that true hockey fans would never behave in such a way. Others condemned the violence and looting and spoke of deep feelings for the city. The Museum of Vancouver received 86 of the boards for its permanent collection and opened an exhibit of 15 of the boards in the Museum of Vancouver Studio on the one year anniversary of the riot, June 15th, 2012.
To Dean Peter Elliott, rector of Christ Church Cathedral the Vancouver Hockey Riot and Vancouver’s response to this blot on the city’s reputation has become a part of his ministry and the ministry of the Christ Church Cathedral congregation. As someone who has long been interested in Restorative Justice he took a leadership role early on in the discussions about how the citizens of the city and those who govern and enforce the city’s laws would respond to the rioters who committed these crimes of violence.
Dean Elliott has been part of the ongoing dialogue in the Vancouver Community and to honour that work, Christ Church Cathedral in partnership with downtown Vancouver (DVBIA – Downtown Vancouver Business Improvement Association) and the MOV museum of vancouver took delivery of 8 of the boards and set them up in a display case situated in the Cathedral’s chancel as the central focus of restore/reconnect/one year later, an opportunity for people to come into the Cathedral and view the boards in the context of sacred space on the anniversary of the riot.
The boards were on display Thursday, June 14th from 7:30am – 3pm, Friday, June 15th, 9am – 3pm, Saturday, June 16th, 9am – 1pm and Sunday, June 17th, 8am to 9pm. During this time period two thousand people visited the exhibit.
On Friday, June 15th, 2012, the one year anniversary, Christ Church Cathedral hosted a Celebration of Community Spirit from 12noon-12:45pm. This non-denominational community gathering consisted of some uplifting music led by Good Noise Vancouver Gospel Choir co-founder and Director, Gail Suderman, and some discussion and dialogue led by people who had experienced the riot and aftermath, as well as individuals involved in the restorative justice movement in Vancouver.
City Council was represented by Deputy Mayor, Councillor Tony Tang and Councillor Adrian Carr.
Dean Peter Elliott was the first to speak and he welcomed those in attendance to the cathedral. He said that we needed to remember the events of June 15, 2011, so that they don’t happen again. He went on to stress that the events of June 16th were and are particularly important because that’s “when healing began.” To reinforce the power of healing he shared a Bishop Desmond Tutu quote: “Good is stronger than evil; love is stronger than hate; light is stronger than darkness; life is stronger than death…” Dean Elliott went on to say that the title of the four day event in the cathedral chancel is particularly meaningful. People need restoring and reconnecting because a year later there are many who have stories that they need to tell in order to help heal the emotional and psychological scars as yet unhealed.
CBC Radio producer, Elizabeth Hoath moderated the brief panel discussion consisting of stories about the riot, the aftermath and the ensuing discussions around how, or if, the rioters would be punished, and what would be the best solution for the city. The message from the discussions was definitely that the true spirit of Vancouver emerged the next day, June 16th and is reflected in the outpouring of emotion represented by the thousands of messages written on the boards.
Deputy Mayor of Vancouver, City Councillor Tony Tang thanked all who came out to clean-up the city, who left words of wisdom on the boards covering the shattered windows. He thanked those who stood up to the rioters and gave aid and protection to those caught in the riot. He closed his remarks by thanking Christ Church Cathedral and the Downtown Vancouver Business Improvement Association.
According to SFU professor and Restorative Justice expert, Brenda Morrison writing in the Vancouver Sun, June 18th, 2012, “ police costs of more than $10 million have resulted in 674 recommended charges against 225 individuals. Of these, the Crown prosecutors have approved 276 charges against 104 individuals. Only two people have been sentenced, receiving 17 months and one month. To be sure, the workload of the police and the Crown prosecutors has been of mammoth proportions, with the majority of the cases now before the courts. In our criminal court system, offenders are held accountable to the Crown. There is no process by which offenders are directly accountable to the businesses they rampaged, nor to the city of Vancouver.”
This story is far from over and the wounds are certainly not all healed but for two thousand people who visited Christ Church Cathedral, June 14th-17th, 2012, there was an opportunity to be inspired by the messages of hope written on the boards and to quietly celebrate how Vancouverites came together to begin the healing of their city.

Images: Top, Close-up of a section of the hoarding board display. Middle right, Dean Peter Elliott speaks to those gathered at the Celebration of Community Spirit event, June 15th at noon. Below, A TV news camera films the exhibit.