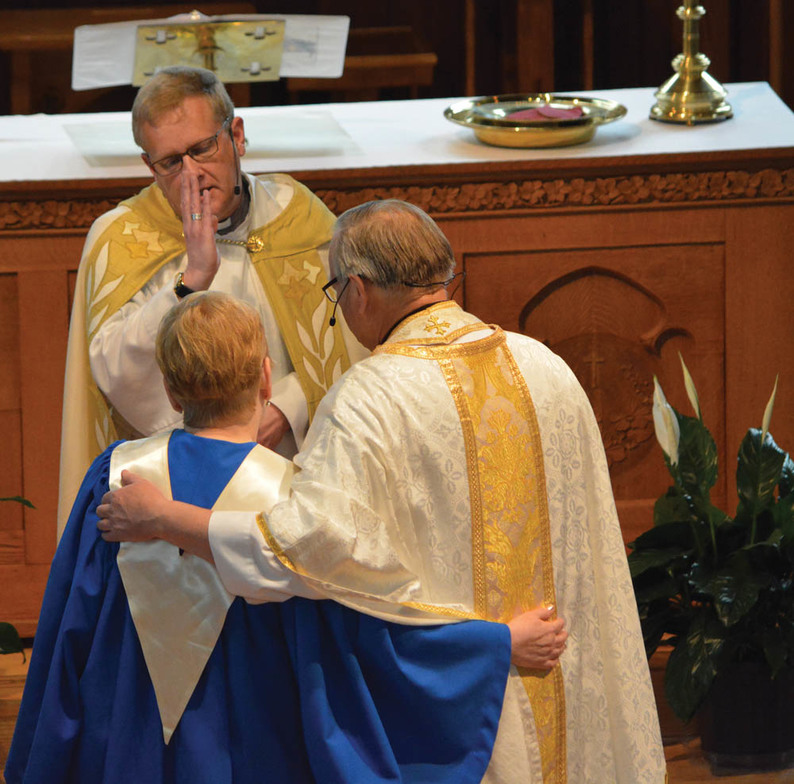 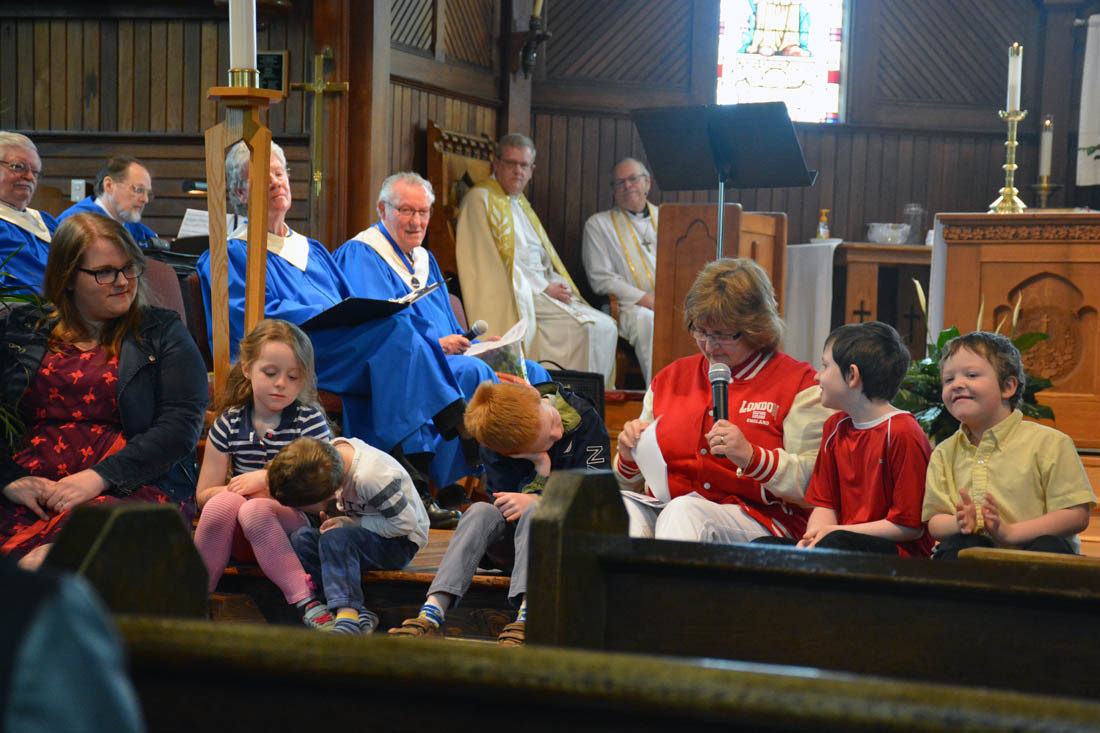 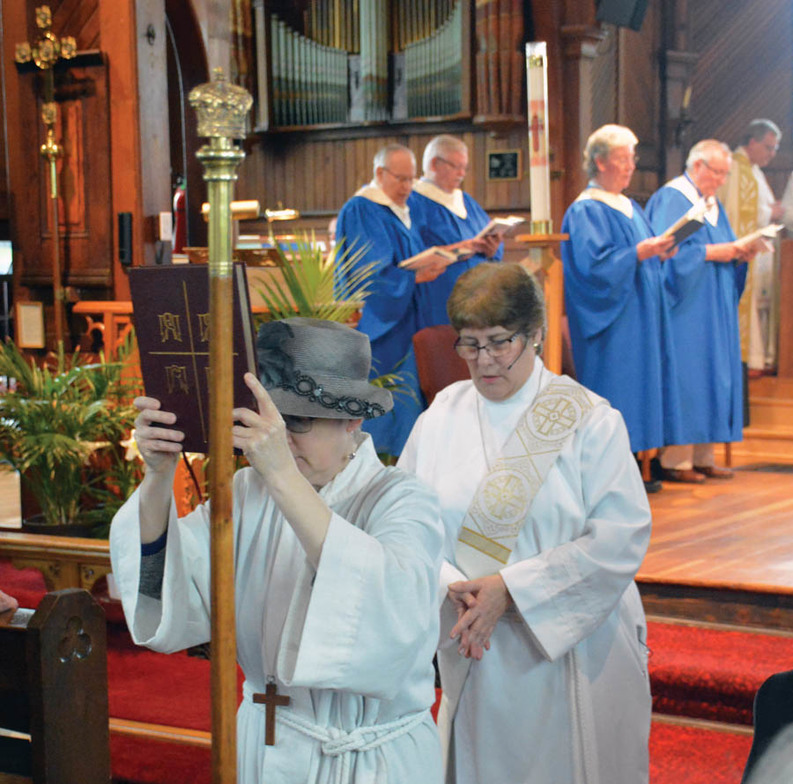 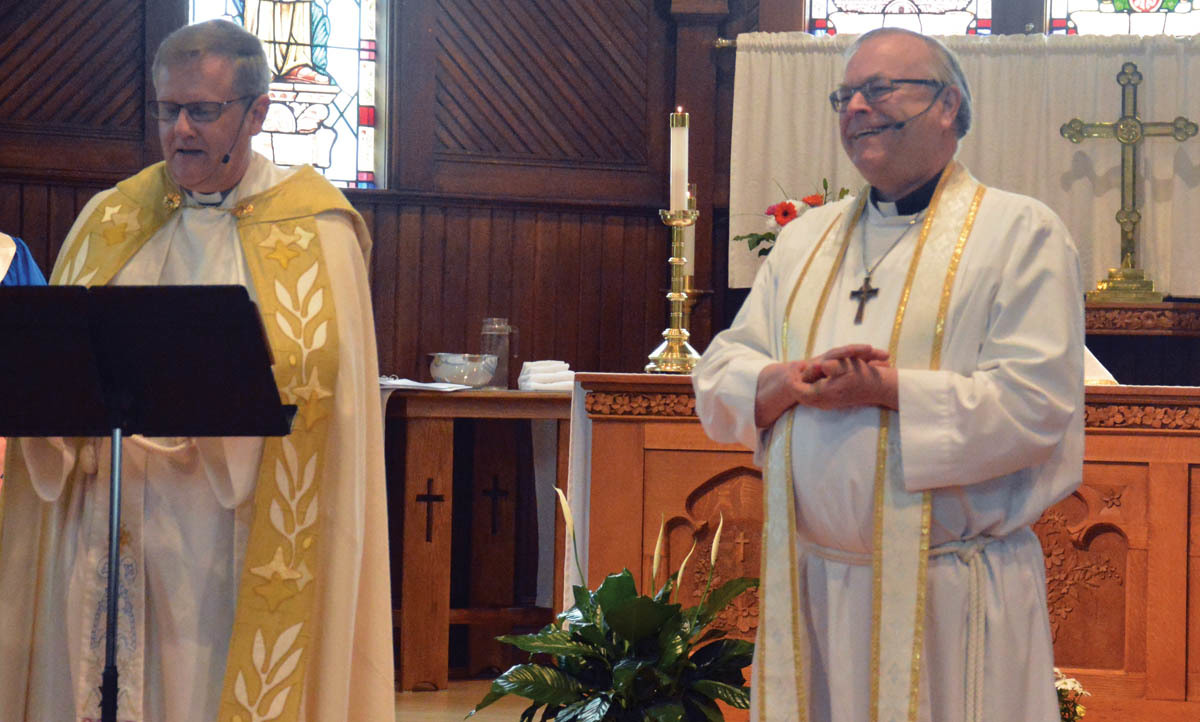 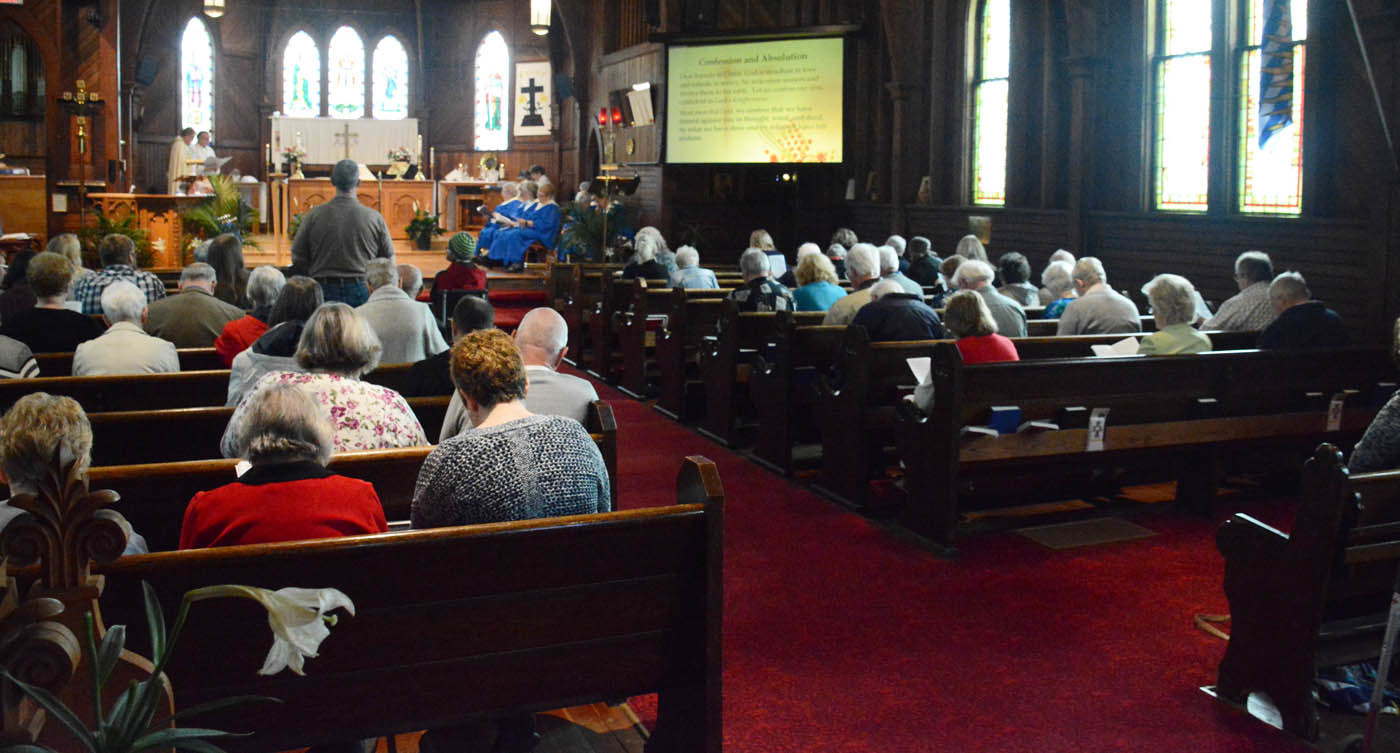 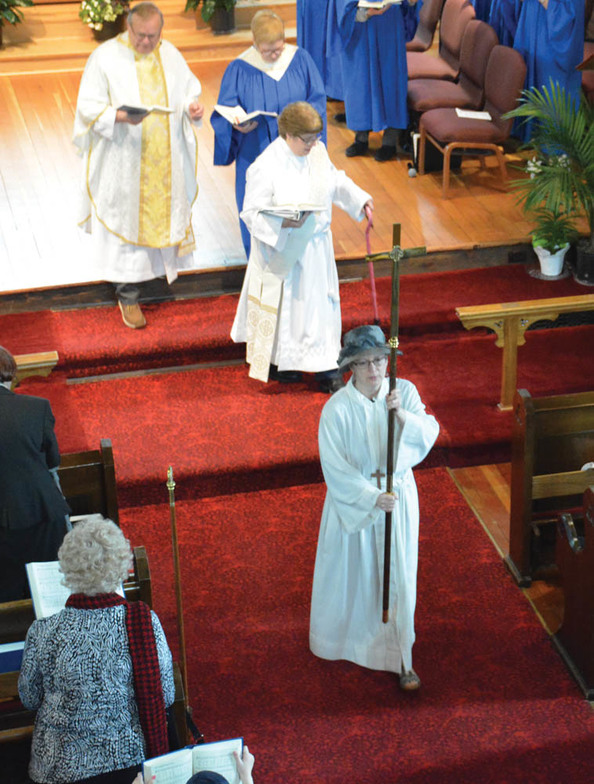 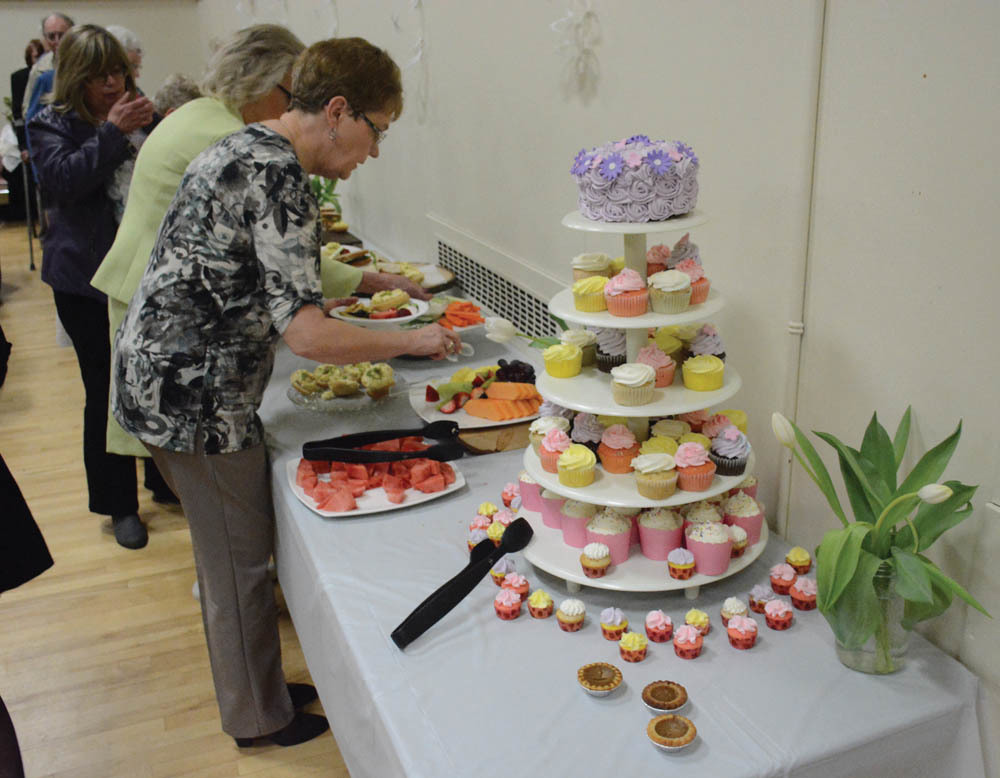 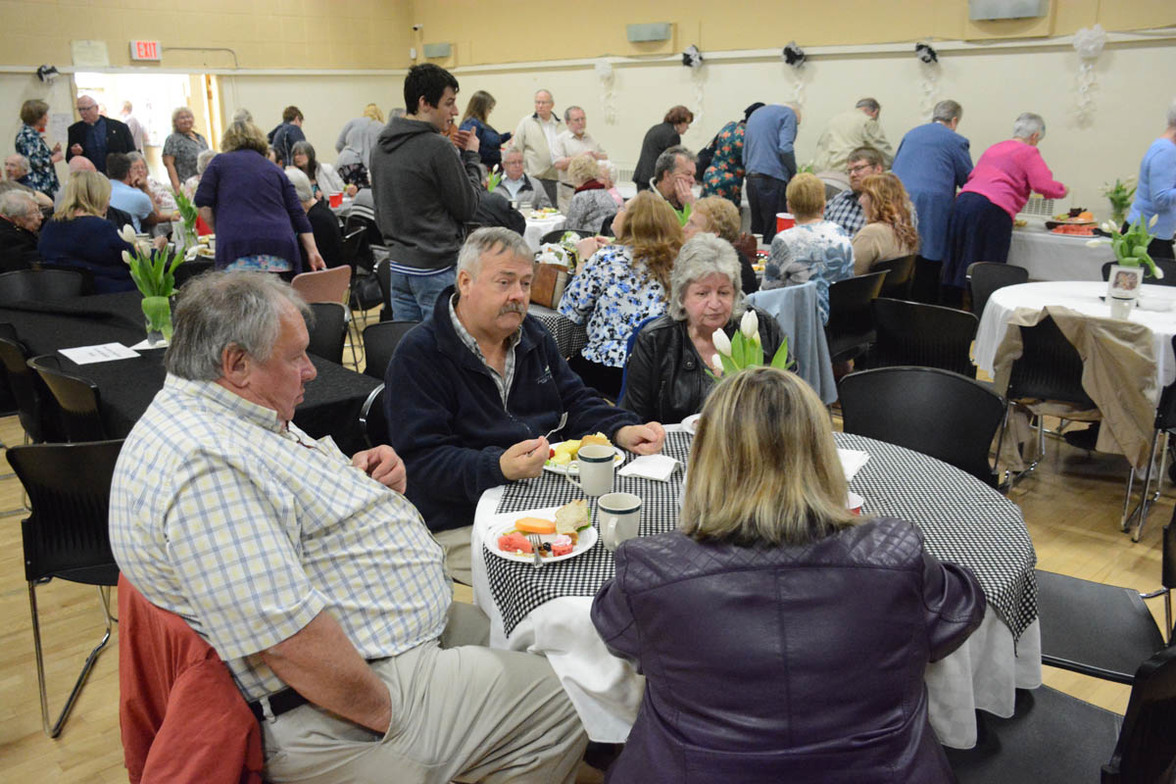 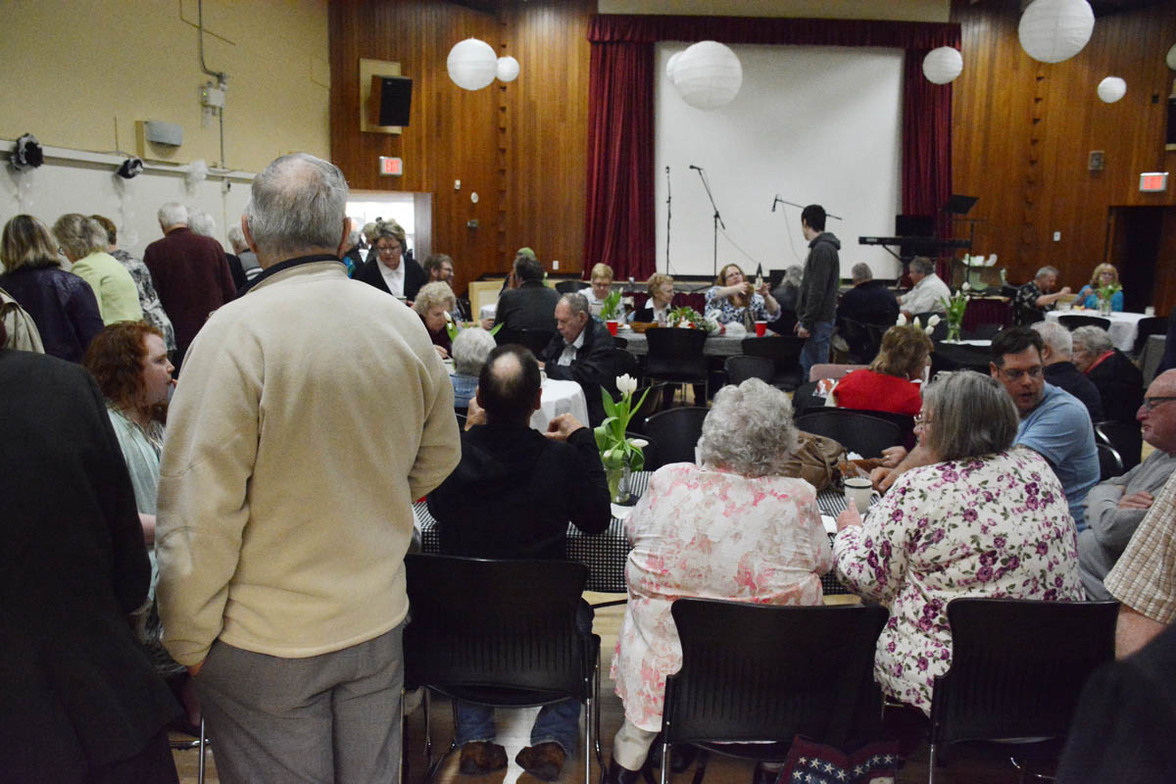 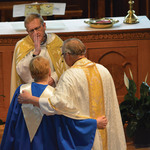 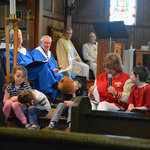 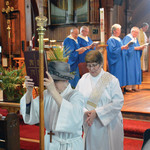 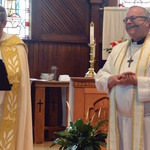 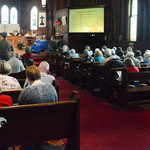 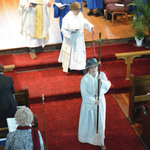 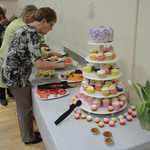 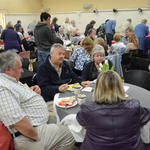 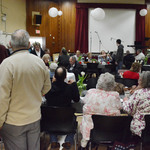 Over the weekend of Easter III, 2017, April 29 and 30, the Parish of St. Thomas’, Chilliwack bid farewell to their rector of 11 years, the Reverend John Sovereign, and his wife Allyson. Allyson and John along with their family: Brittany, Brad, Connor, Sarah and Jamie have been engaged and connected members of this parish and have played major roles in John’s ministry.

John came to his vocation later in life following a career in engineering, enrolling in the Seminary College of St. Emmanuel and St. Chad in Saskatoon in 1996. In 2006, following a curacy in Ontario, John was appointed to St. Thomas’ by Bishop Michael Ingham after being recommended by the canonical committee. During his incumbency he spearheaded a number of important improvements to both the spiritual health & vitality of the community and to the esthetics, systems and fixtures of the 120-year old building. It is truly one of the nicest and best maintained spaces in the Diocese of New Westminster. John also served as Regional Dean of Valley Deanery in the Archdeacon of Fraser up until the announcement of his imminent retirement in the fall of 2016 when he was succeeded by the Reverend Al Carson, rector of the neighbouring, St. John’s, Sardis.

On Saturday night, April 29 there was a gala retirement dinner in the parish hall that included great food, bittersweet tributes and lots of entertainment. John and Allyson love music. John said during Eucharist on the Sunday that he would miss the choir, and the personal satisfaction he received from adding his baritone to that choral ensemble.

There was a large congregation on hand for John’s final Sunday as rector of the parish. The preacher was the Archdeacon of Fraser, the Venerable Stephen Rowe who preached on the Gospel, Luke 24: 13-35 but he also included many kind words about John and their time together as colleagues in ministry.  A video recording and the text of Archdeacon Rowe's sermon is available here by clicking this link.

John was visibly moved with emotion during worship, expressing his gratitude to the community with whom he has shared his ministry. He spoke about the bond he shares with St. Thomas’ deacon, the Reverend Jennifer Burgoyne. He admitted that he can be a “bit odd” and not always aware of where he is during the liturgy but not so with Jennifer whom he said “completed my ministry.” The two of them together were an impressive ministry team. Rev. Burgoyne will remain as deacon of the parish.

After John and Allyson received a blessing from Archdeacon Rowe, Crucifer/Server/Intercessor for this liturgy, Nancy denBoesterd led the procession out followed by Reverend Burgoyne, John and Allyson. The three processing out together was a powerful visual symbol of the conclusion of their shared ministry.

A video tribute featuring dozens of historic, recent and current family and parish photos combined with a number of filmed tributes to John and Allyson was screened in the sanctuary prior to the Dismissal. Following the film, the community returned to the chancel, and with John at the centre they held him in prayer and posed for a group photograph.

A celebratory lunch was held in the hall attended by a large majority of those who had been at worship.

Bishop Skelton is seeking a part time interim priest-in-charge, however for 3 of the 4 Sundays in May, the Reverend Arthur Nash will be joining the folks at St. Thomas’ for celebrations of the Eucharist.

Please keep the faith community of St. Thomas’, Chilliwack, John, Allyson and their family in your prayers as they embark on the next phase of their journeys.