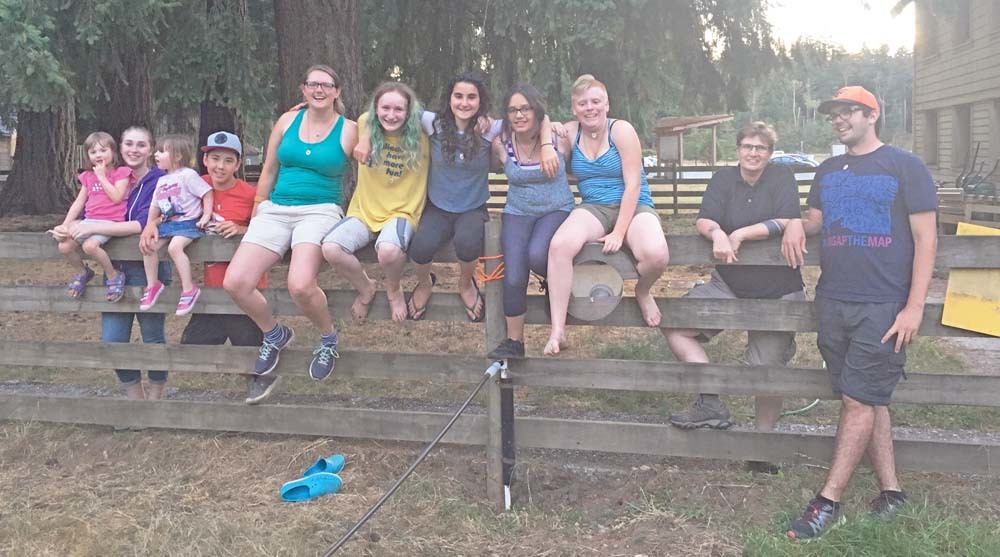 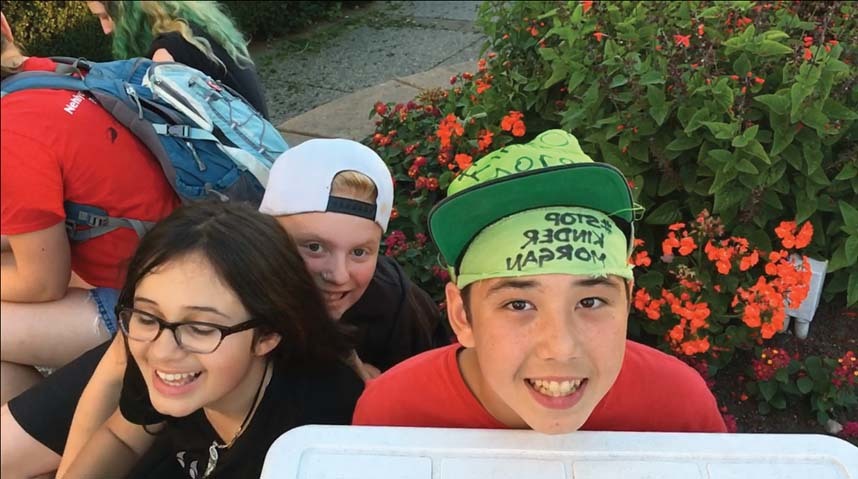 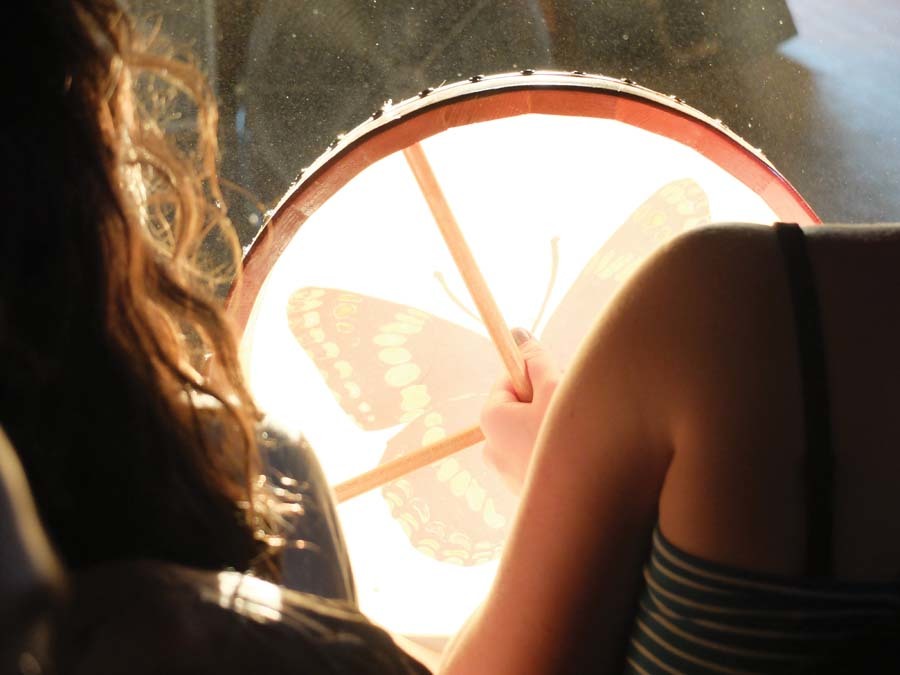 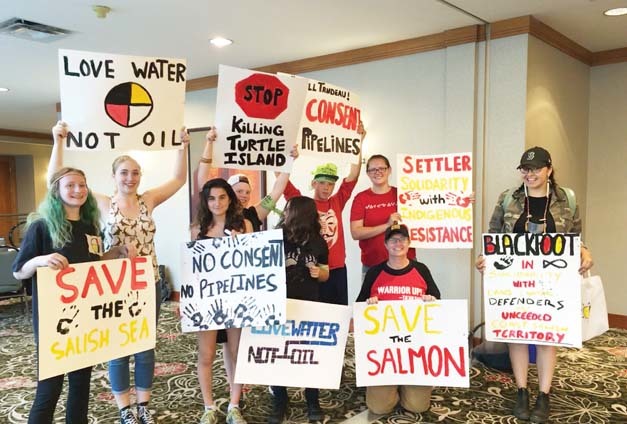 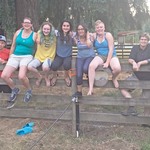 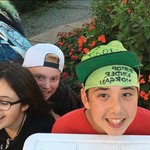 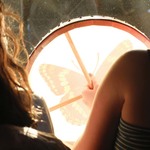 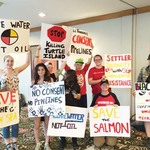 Oki, my name is Sui-Taa-Kii, or “Rain Woman” from Treaty 7, or more respectfully, Blackfoot Territory, where we refer to ourselves as Niitsitapi, or “Original people.” I am an advocate for Missing and Murdered Indigenous Women and Girls, and have spent the last year traveling across Turtle Island talking about intergenerational trauma and the power of creative resilience. In July, I was commissioned onto the Primate’s Youth and Elder Council, dedicated to making sure the Anglican Church of Canada abides by the United Nations Declaration on the Rights of Indigenous Peoples. My heart and my ancestors guide me on this journey to decolonization.

I have been welcomed to unceded Coast Salish Territory where I worked as program coordinator for Salal + Cedar’s Sacred Earth Camp. Housed at A Rocha’s Brooksdale Farm in Surrey during the second and third weeks of August 2016, the camp focused on environmental justice issues of the lower Fraser watershed and amplifying youth voices. The campers ranged from ages 12-23 years old. They identified as indigenous, settler, migrant, gender fluid, and LGBTQ, which made for a diverse group. During introductions, each person had the opportunity to share their name, their ancestry, and their preferred pronouns. As someone learning their language, I took every opportunity to introduce myself in Blackfoot, and encouraged everyone to call me Sui-Taa-Kii over my English name Danielle. Most of the group identified with them/they pronouns as well as she/her and him/his.

On the farm, our daily schedule included conservation work, farming,  and helping prepare meals from garden produce. During the first week, A Rocha interns and staff shared their conservation work restoring native plants and species back into the ecosystem. A highlight was cutting invasive Himalayan blackberry bushes, and removing introduced tadpoles and frogs from the nearby pond.

For the two weeks, the participants sat at the feet of knowledge carriers, fostered their creative resilience through poems and spoken word, made local medicines and food from the land, and learned spiritual practices. More specifically, they:  were taught hand drum songs, learned cedar weaving, smudged, walked the labyrinth,  prayed the examen (the Examen is an ancient practice in the Church that can help us see God’s hand at work in our whole experience),  joined a canoe trip with members of the Tsleil-Waututh Nation. We had conversations about colonization, cultural appropriation, racism, and systematic or institutional issues. We were also given the opportunity hear from land and water defenders involved in the camp-out protesting the Kinder Morgan pipeline on Burnaby mountain.

Because of the knowledge, teachings, and incredibly strong individuals who spoke with us, the camp unanimously chose to take action for Indigenous land justice on this territory. After setting goals, making posters, writing a press release, and doing media training, the group attended the August 11th Speak-Out against Kinder Morgan’s trans mountain pipeline. Youth shared thoughts, poems, prayers, and spoken word in opposition to the project, an injustice they feel must be stopped for the sake of the future. The audience and panel members listened fixedly to what the youth had to say; other presenters yelled “Warriors” and cheered as the youth made their statements. The incredible strength and courage of these young leaders was recognized. Even CBC came to hear what the youth of Sacred Earth Camp had to say.

My time at the camp was eye-opening and inspiring. I believe that the youth have perhaps the most important role in our world. As adults, sometimes we fail to realize that we have much to learn from younger generations about compassion, courageous hearts, and strong spirits. I was reminded that the future is bright, not only do our youth care about what’s happening in the world, they want to be leaders in saving something irreplaceable. Sacred Earth Camp isn’t just about environmentalism or activism, it is about faithfully honoring the path our ancestors paved for us, protecting our future, and leaving a legacy by making a difference. I am inspired by the growth I see in our youth, I look forward to crossing paths again. I am grateful for this opportunity, fulfilled by the connections I made, and most importantly, I am proud of these young leaders and honored to stand next to them as justice-fighters and land-protectors.