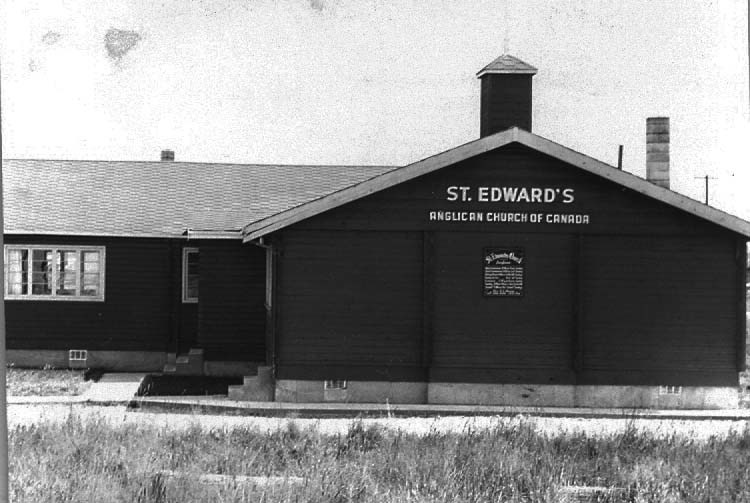 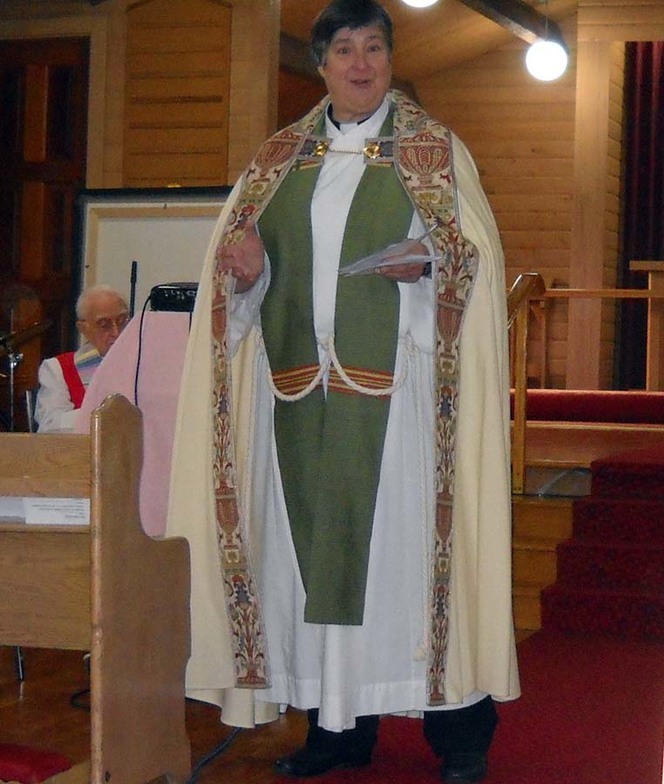 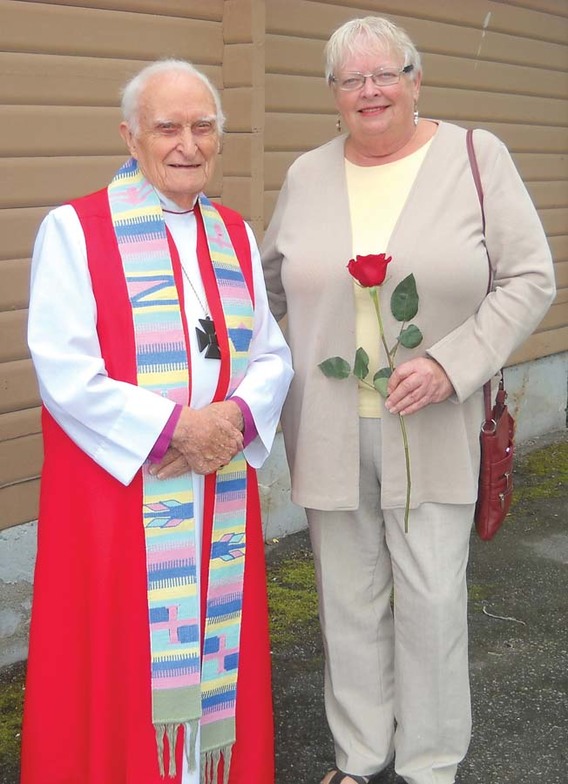 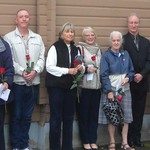 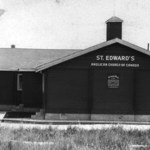 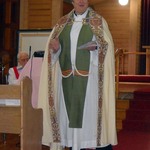 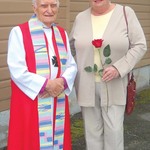 On the morning of Saturday, October 7, 2017, rain was in the forecast but it held off and the sun peeked through as twenty-three people, former parishioners and friends gathered at St. Edward’s in Richmond’s Bridgeport neighbourhood. The liturgy that took place was a service of secularization and what follows is an excerpt from Bishop Melissa Skelton’s Declaration that was read aloud following the Opening Prayer,

“…this building, having now been declared deconsecrated and secularized, I declare to be no longer subject to my jurisdiction…”

The Venerable Elizabeth Northcott, Archdeacon of Westminster and Rector of All Saints’, Ladner was the Presider and she was joined by the Reverend Brian Vickers, Regional Dean of Richmond/Delta and Rector of St. Anne’s, Steveston; and Archbishop Douglas Hambidge, retired Bishop of the diocese of New Westminster 1980-1993 and Metropolitan of the Ecclesiastical Province of BC/Yukon 1981-1993 who offered the homily.

As the service began, Rev. Vickers announced that the cremated remains in the memorial garden and the plaques marking those remains will be moved in their entirety to a site at St. Anne’s, Steveston and that a liturgy will be celebrated when the remains are placed at their new location. Following that announcement, worship began with this Opening Prayer led by Archdeacon Northcott:

"We who are gathered here know that this building, which has been consecrated and set apart for the ministry of Gods holy Word and Sacraments, will no longer be used in this way, but will be used for other purposes.

To many of us this building has been hallowed by cherished memories, and we know that some of us will suffer a sense of loss. We pray that they will be comforted by the knowledge that the presence of God is not tied to any place or building. It is intention of the diocese that the congregation that worshipped here will not be deprived of the ministry of Word and Sacrament."

Following the reading of the Bishop’s Declaration, the Collect, prayers, a hymn and the Gospel, John 15: 12-17, Archbishop Hambidge spoke – remembering some of the stories of the past, prompting people to giggle in the pews but his reflection also led to a number of eyes welled up with tears. He reminded everyone that the building had served it’s purpose and now we, the church, need to move on and continue to do God’s work in the world. We need to give thanks for the past, realize that we have forgiveness for our errors and move towards hope – hope for the future.

There was more time for prayer led by former parishioner, Ann Lysholm and there were roses distributed as everyone who had gathered departed the building.

There was a lot of picture taking both inside and outside and a congenial atmosphere of conversation as folks prepared to make their ways home. There was a strong feeling of satisfaction that this liturgy had been celebrated and that time and energy had been spent to recognize the work and ministry now a part of the past.

The sale of the building to a Chinese language school for youngsters has successfully completed. St. Edward's was blessed to have a very robust Sunday School cohort during the 1960s and 1970s it is safe to assume that the voices of children will again fill the space.

Service for the Memorial Garden

The Reverend Brian Vickers informed diocesan communications that the remains and the plaques were transported to and are now resident in a new portion of the Memorial Garden at St. Anne's, Steveston. There will be a service on Saturday, November 4, 1:30pm with former members of St. Edward's and family members of loved ones who were interred in the St Edward's garden for prayers.

A downloadable PDF copy of the Order of Service is linked below.

(Written with files from Elizabeth Northcott)