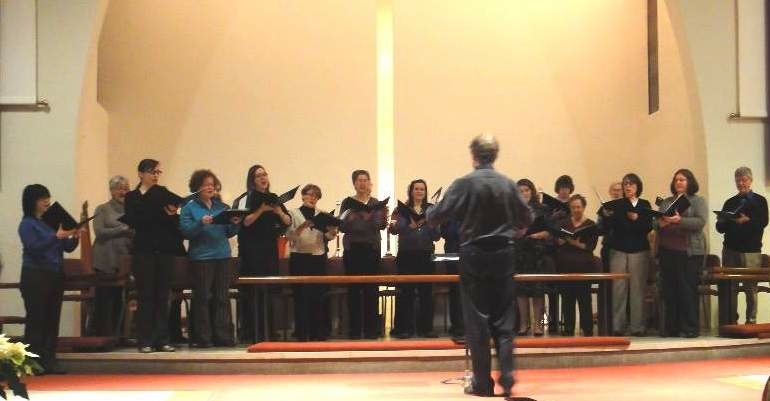 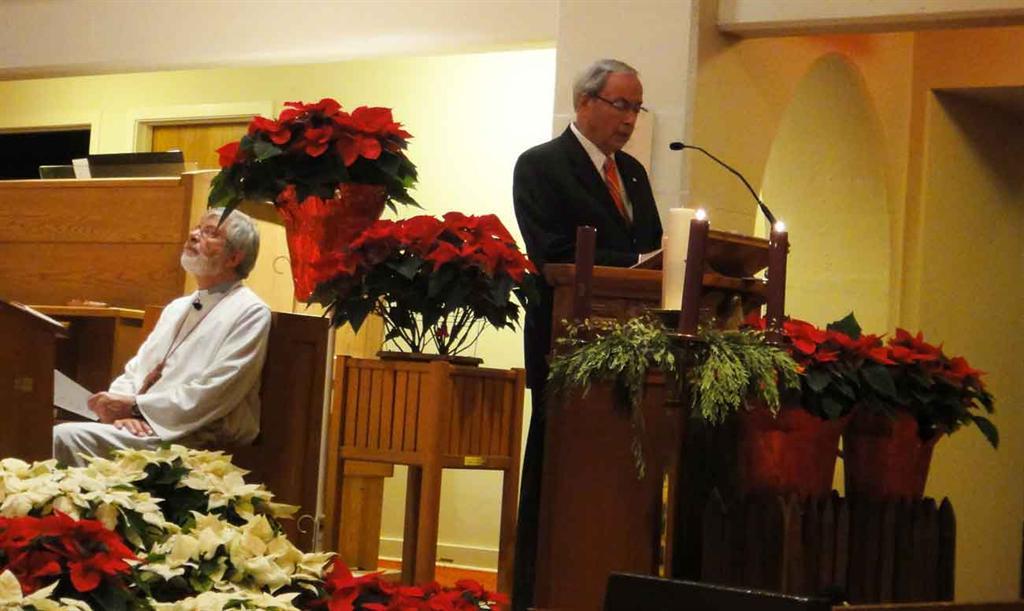 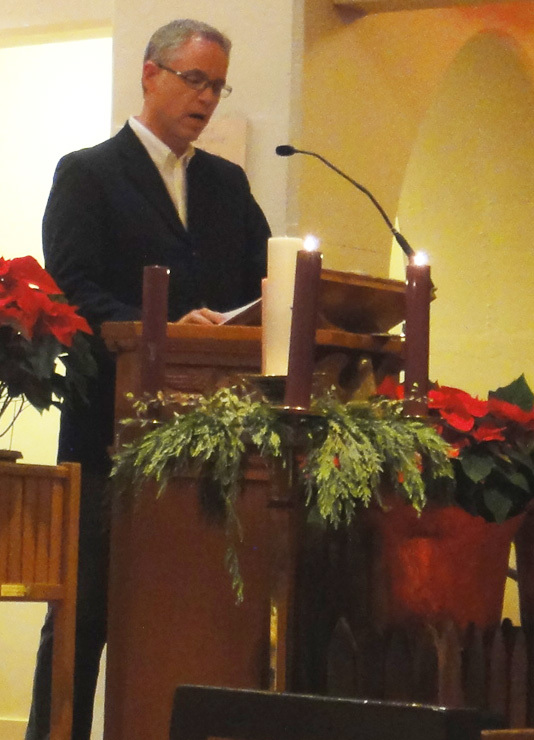 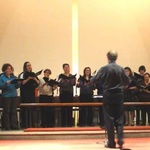 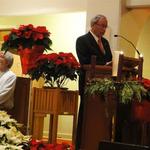 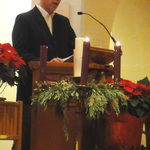 Thursday evening, December 15th the Choir of Christ Church Cathedral under the direction of Organist and Director of Music Rupert Lang took a break from their regular Thursday night rehearsal and graciously offered to preview their Christmas 9 Lessons and Carols in the sanctuary of St. John's, Shaughnessy.
Bishop Michael was present and he gave the benediction. Rupert directed the music in a series of flawless performances, with perhaps the most stunning being the surprise ending to "Away in a Manger."

The readers (King James version was used for this liturgy) included, former Vancouver mayor, Philip Owen, Steve Schuh, Annette Dueck and current SJS Associate Priest-in-Charge, Archdeacon Andrew Pike who concluded the readings with the great passage John 1 : 1-14 . The service was patterned on the Festival of 9 Lessons and Carols originally conceived by former Archbishop of Canterbury, Edward White-Benson when he was Bishop of Truro in 1880 and then further refined and developed by Eric Milner-White, Dean of King's College Cambridge in 1918.
Because of the annual Christmas Eve broadcasts of this service that began in 1928 this is one of the best known liturgies in the Anglican church.

Their was good attendance on December 15th and the congregation consisted of, SJS parishioners, musicians and some Christ Church Cathedral parishioners.

The service was recorded and a CD is in the works.
&lt;span style="font-weight: bold; font-style: italic;">Images: Top, The Cathedral Choir in the SJS chancel. Middle right, Steven Schuh. Below Philip Owen reads the lesson, Archdeacon Andrew Pike is on the left.