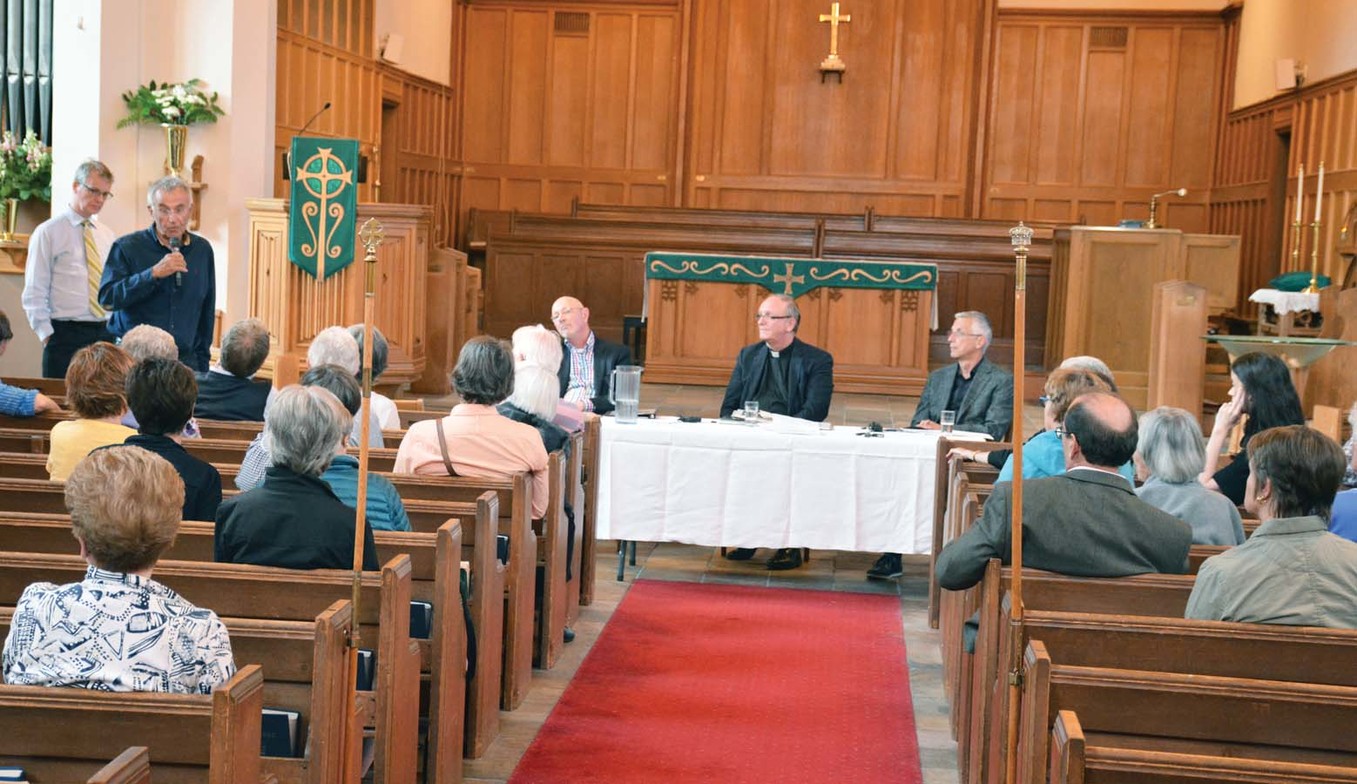 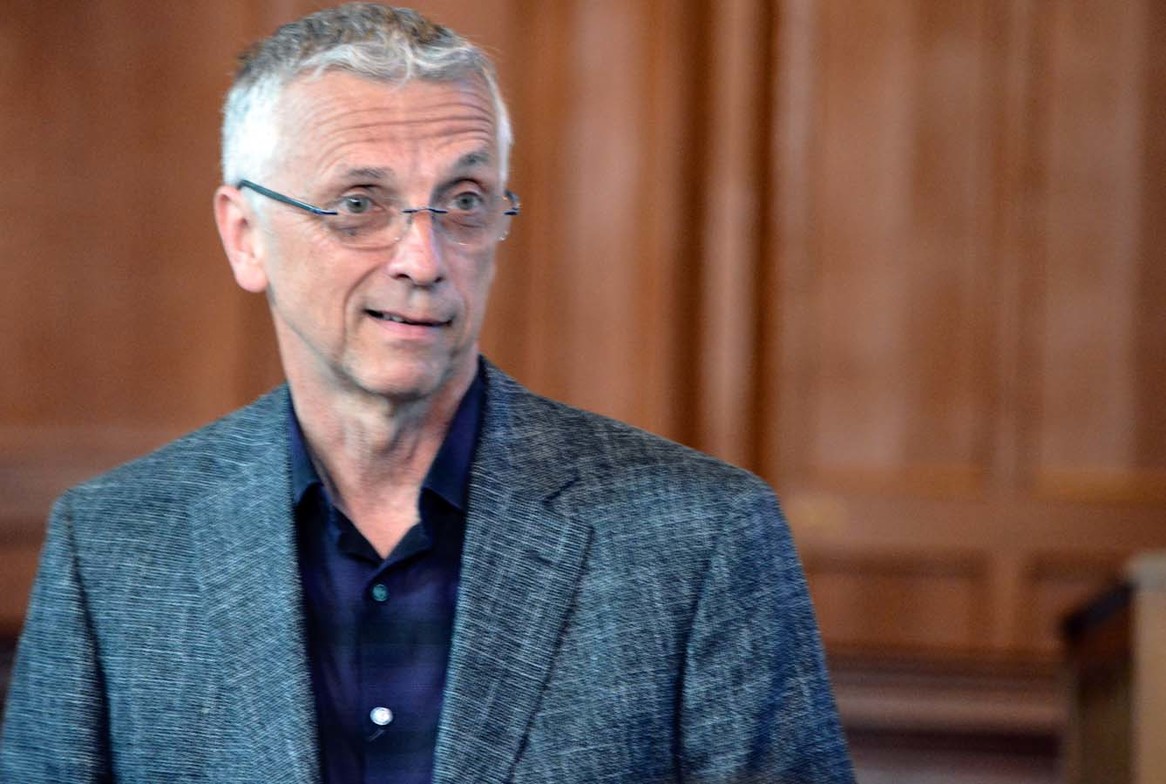 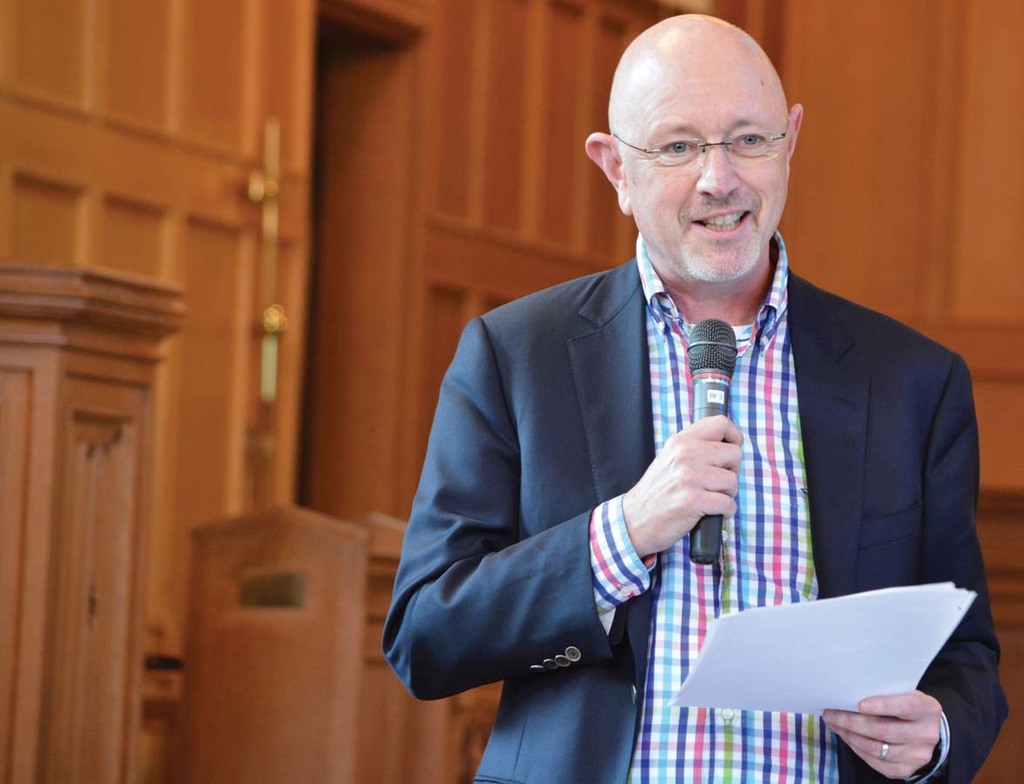 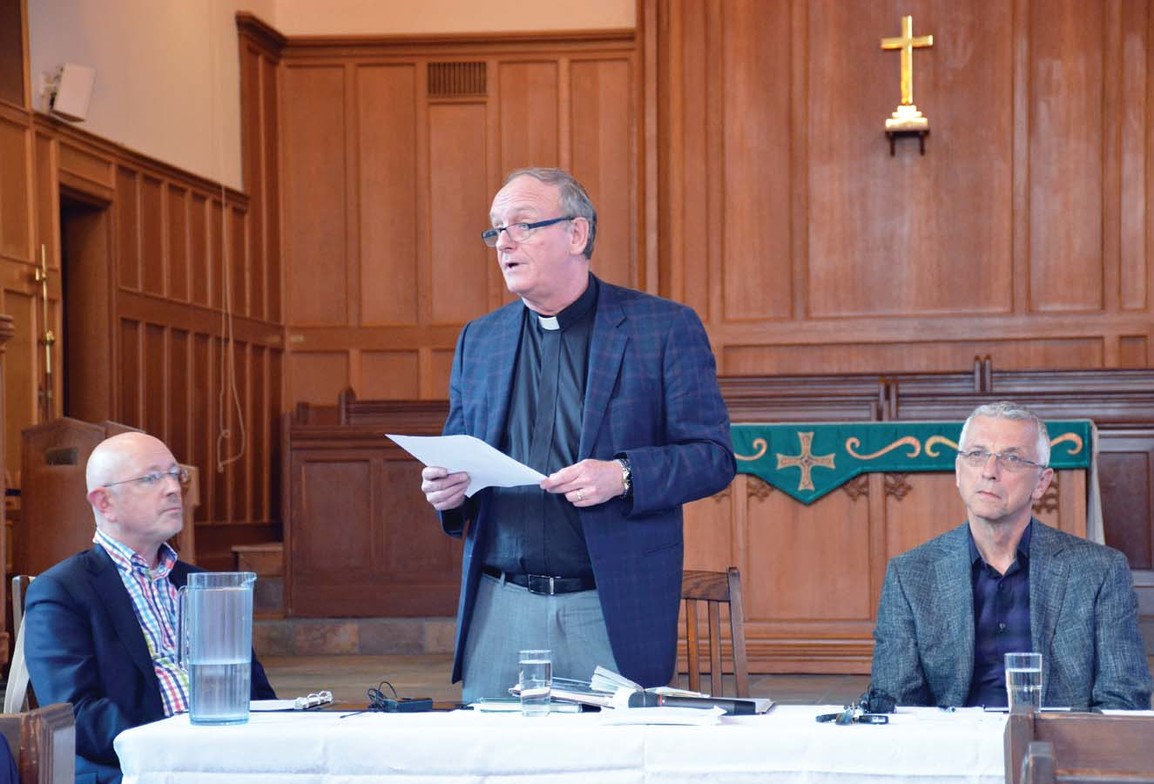 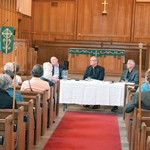 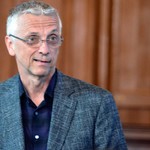 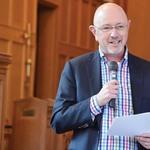 On the evening of Wednesday, June 8, 2016 a group of approximately 40 people gathered in the nave of St. Philip’s, Dunbar to participate in a panel presentation and facilitated open mic event in order to offer some perspectives of patients and families on End of Life and Medical Assistance in Dying.

The panel consisted of Dr. David Kuhl and the Very Reverend Dr. Peter Elliott. Dr. Kuhl is an MD (palliative care specialist) and holds a PhD in psychology. His book, What Dying People Want: Practical Wisdom for the End of Life, based on a research project he conducted more than 15 years ago has become one of the most respected offerings ever published on the subjects of death and dying. Peter Elliott is rector of Christ Church Cathedral and the Dean of the Diocese of New Westminster. He has a great deal of experience in pastoral care to the dying, beginning in his days as a curate in the Diocese of Niagara up to and including his long incumbency (22 years as of September 2016) as the rector of Christ Church Cathedral, a parish with a large congregation and a considerable connection to the unchurched in the City of Vancouver. Many non-churchgoers, the dying and their families seek spiritual care and guidance from clergy at the end of life.

The event was moderated by priest-in-charge of St. Philip’s, the Venerable Dr. John Bailey who is himself a scholar and expert on funeral practices in the church both from contemporary and historical viewpoints.

The June 8 event took place in the context of the current debates in the Senate over Bill C-14. Bill C-14’s subheading is as follows: An Act to amend the Criminal Code and to make related amendments to other Acts (medical assistance in dying). In short, this is the physician assisted death (PAD) or medically assisted suicide bill. While folks were meeting at St. Philip’s, the Senate was debating a motion to remove “near-death criteria” from the current version and that motion passed 41-30. This changes the Liberal government’s assisted-dying bill because it amends the definition of who can obtain PAD.

In many ways the discussion at St. Philip’s on June 8 mirrored the caution and diligence of the Senate. A number of voices including the panelists were heard to say that this is something that we need to “get right” no matter how many amendments are proposed and debated and/or how long it takes to reach a consensus.

In his opening address Dr. Bailey supplied some background on the changes the church has seen over the centuries involving death and funeral practices. Regarding how society currently views death and dying he encouraged us all to raise awareness that “suppression of death as a serious discussion” is preventing society from dealing with this important part of life. He asked “Why do we use so many euphemisms? What’s wrong with die, dying or death?” And he affirmed that the Christian church has always been a place where public discussion about personal choice when it comes to end of life issues is welcomed and nurtured.

Dr. Kuhl said that this is a dialogue, and dialogues are not arguments, nor are they discussions, dialogue is about understanding, and we need be aware that what is happening in the House of Commons and Senate will change the country forever. PAD is not “going to happen, it is happening now.” He continued to share some personal experiences from his career in palliative medicine. He said that people when they’re dying “want to hear the truth and want to speak the truth.” Dying is narrative, it is nearing the end of the story and the requests that people have at the end of life should be honoured. When faced with decisions about end of life we need to have investigated the questions: What is suffering? What is anguish? What is pain? Near the conclusion of his opening address he looked out at the audience and said that although this has been a good percentage of his life’s work “everyone in the room could share an experience of being with someone who is dying.”

Dean Peter Elliott began by offering the disclaimer that he is “not an expert” but he wanted to reinforce that we “talk about these things in the church.” He wanted to focus on the two things that Dr. Kuhl’s opening words had raised for him which were:

Dean Elliott spoke about the discussion led by four clergy and six physicians at Christ Church Cathedral that resulted in the publication of the 2014 piece, The End of Life and the Right to Die – A Conversation Starter, available by clicking the link.

Dean Elliott’s principal messages had to do with preparation. He urged everyone to contact a lawyer and arrange for a Will and a Representation Agreement as soon as possible. He gave compelling examples of the importance of reaching out to those with whom you have had disagreements or where things have been left unsaid or unaccomplished. It is so important to get these things done now because “death is hard work for the dying and for everyone else involved in that death experience.” But we must remember that death is a spiritual experience and like other human events that transcend the day to day, “death, like birth takes on its own time, it has its own rhythm.”

UBC Psychology professor, Dr. Marv Westwood is an expert on Post Traumatic Stress Disorder (PTSD) in part through studies of its effects on Canadian Armed Forces personnel. He stood up during the first open mic segment and affirmed the appropriateness of having this discussion in the nave of a church surrounded by stained glass windows depicting gospel events. For Dr. Westwood this is a deeply spiritual discussion. He voiced his concern for the physicians tasked with administering medically assisted death. He asked “what about the souls of my fellow Canadians, the physicians?” As someone who studies PTSD he feels that there could very well be a secondary consequence of PAD, the build-up of trauma from repeatedly administering terminal sedation.

There were those present who were concerned about the legal ambiguities of the wording of Bill C-14. There were also those who offered the opinion that medically assisted death is still suicide and that if death has its own time, its own rhythm, its own kind of peace then that should be allowed to happen in a natural way. Suicide is still suicide and shouldn’t be condoned.

The Venerable Dr. John Bailey responded to the suicide issue specifically saying that the role of the church is to help people through life’s traumatic situations and the death by suicide of loved is certainly one of the most traumatic events. The church is not here “to be judgmental but to offer hope that there is something beyond the pain and suffering.”

Toward the end of the dialogue Dr. Kuhl informally presented a summation. He said “Assisted dying is here to stay. This law will happen, it’s happening now…What will the options be? We must keep asking the questions?...How can we all participate in the discussion so it doesn’t divide us?

Before adjourning to another room for refreshments and further discussion, the Venerable Dr. John Bailey offered the following prayer by George Herbert.

“Thou hast given so much to me, Give one thing more, - a grateful heart; Not thankful when it pleaseth me, as if Thy blessings had spare days, but such a heart whose pulse may be Thy praise.” Amen

On that same day that the Senate debated until late at night and a small group of concerned Anglicans (mostly) gathered for dialogue at St. Philip, Dunbar, Anglican Archivist Melanie Delva’s father Thierry who lives in Halifax was interviewed about the 2013 doctor-assisted death of his brother in Belgium. The article is available here and the audio here.