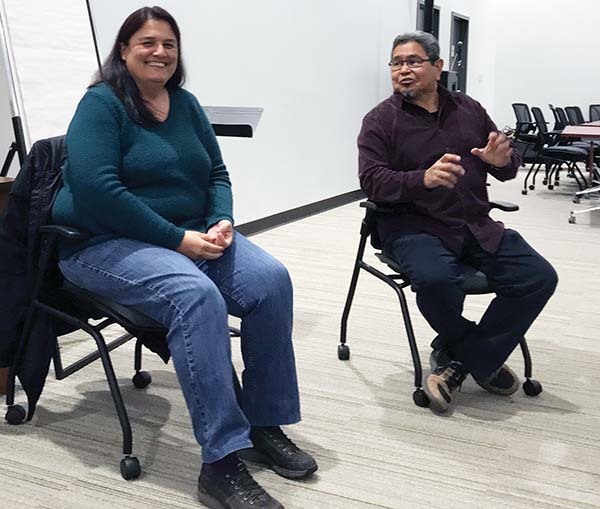 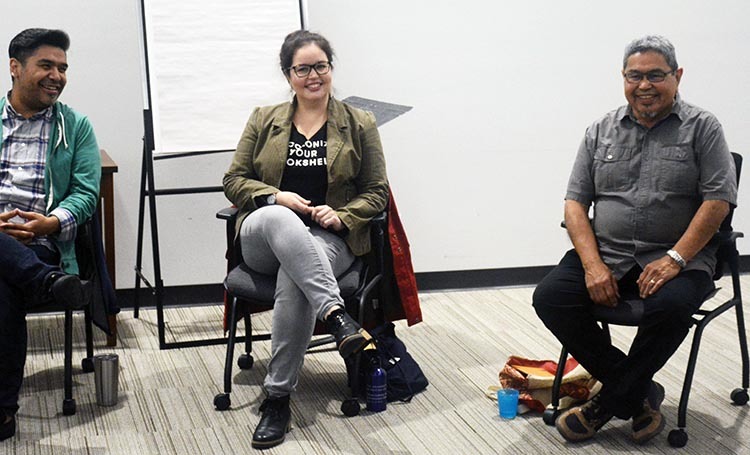 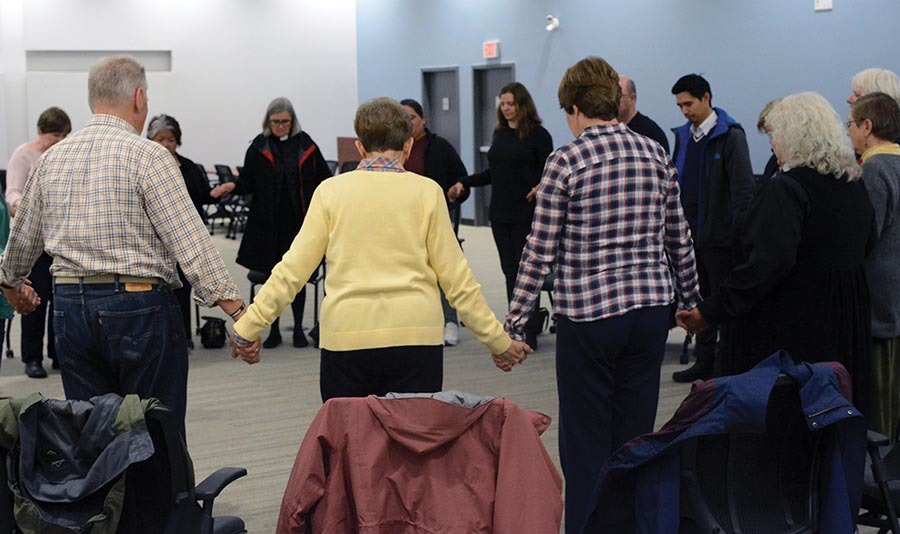 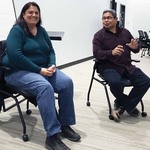 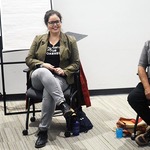 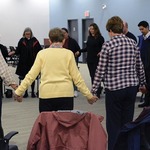 Well, it was a great month (October 11, 18, 25 and November 1, 2018) at the Synod Office Conference Room of sharing stories with our guest speakers who gave us so much of their personal history and of themselves. They shared their wonderful experiences as well as their disappointments. It has given the people who attended some different perspectives on the lives of Indigenous people who are now in a post-residential school era. The last speakers in the series spoke about how we could work together for reconciliation.

For the third installment, October 25, Lynda Gray, the author of “First Nations 101”, told us about her struggle to find her identity and her place in her culture heritage, which she knew nothing about, because she grew up in the urban communities of Prince Rupert and Vancouver.  Her mother, a single parent struggled with alcohol abuse, and had to keep moving, raising her children in the Downtown Eastside community Projects.  Lynda did the minimum in school, and it wasn’t until she was in an alternate school that a teacher told her for the first time that she had ability and maybe she could ‘be somebody.’

Lynda became a single parent at a very young age and raised her two children on her own.  She also managed to get her upgrading to go to University. She gradually connected to her heritage through drumming and dancing in Vancouver, and bringing her children to Indigenous events. Later on she was able to travel to Prince Rupert to meet with her Hereditary Matriarchs and Chief, and she discovered her relatives in Lax Kw'alaams Band from the Ts’msyen Nation.

Lynda believes that she is one of the lucky Native people is successful in part because she was born with a particular temperament and resiliency. And she firmly believes in the research that shows resiliency can be taught.

Lynda helped the audience explore Reconciliation and how the church might give back to the Indigenous community. She talked about the importance of building relationships by attending Aboriginal events, and also inviting Aboriginal people to our diocesan, parish and community events with the purpose of getting to know them.  It is only by interacting over and over again that we move from being strangers to recognizing and greeting each other, and gradually becoming friends.

The last two speakers in the ‘Sharing Our Stories’ series on November 1, were Melissa Adams and Keane Tait both from the Nisga’a Nation. Melissa is the Archivist and Librarian for the Union of B.C. Indian Chiefs, and is at the forefront of challenging that place where Indigenous ways of passing on knowledge are bumping up against traditional archival theory and practice.  Keane is a cultural teacher at the Native Education Center and the leader of the Kwhlii Gibaygum Traditional Dancers. Together they talked about ‘knowledge’ and the contrast between how it is passed down in western and in Indigenous cultures.

Stories and songs and artifacts that ended up in western archives were described from the view point of a single writer about Indigenous history. The archival profession has specific rules about the way information is recorded, stored, and accessed, and therefore the real story of our people was not kept in the true historical manner it was meant to be. Much of our recorded history is not the way we knew it, and still pass it on, in our oral traditions.

Indigenous people also had a broader view of ‘archives’, which included the land and how it was used by our people and protected for the next generation.  Especially concerning was how the Archives in Canada did not file any historical information directly from Indigenous oral tradition, nor did it even acknowledge the practices of the Elders and Knowledge Keepers.

Melissa and Keane discussed how this difference in the way knowledge is held and passed on has led to the misappropriation of Indigenous songs and stories, which belong to families and clans and are only shared orally within the culture, and with permission.

An example of misappropriation given by Keane was a particular mourning song belonging to the Nisga’a people. It had been recorded in a book in a national museum and anybody could claim the use of those songs.  Song of Skateen was used traditionally used only when a chief passed away, and it invoked the presence of the spirits of the Nisga’a ancestors and the realm ‘beyond time.’   It was meant to encourage people to cry and begin their grieving process. An opera company used this song in a production about Louis Riel in 1967 for Canada’s Centennial. The opera was revived again at the time of the Olympics in 2010, and again for Canada’s 150-year celebration.  It is devastating to the Nisga’a that a song, meant as a sacred prayer and as part of a sacred ceremony, has been co-opted for use as entertainment.

This misappropriation is still happening. People research Indigenous information from museums and archives and think that it is okay to appropriate Indigenous songs and stories that were meant to be kept safe within the language and culture for the next generation. They are part of the Ayuuk (Nisga’a laws and protocols) which make up the culture which is the foundation of our identity.

There is much more we can learn about Indigenous culture, but written material is not the story we can learn from. We need to talk to Indigenous people and hear their stories personally from them, in the manner that they have always shared their truth.

The four weeks of “Sharing our Stories” was very real and meaningful to those who attended and I thank our speakers for the deeply honest and intimate stories they told. We could all feel the struggle and the growth that came out of overcoming the challenges they faced.

The group expressed its own need to heal from the Residential School experience, and Keane Tait wisely offered these words:

‘I used to bawl about the whole Residential School experience, but I don’t cry so much anymore. The more chances I have like this to come to a safe space, like the churches, and talk about it, the more I heal.  And the more that we can all meet and do our grieving together, the more we can all heal together.’