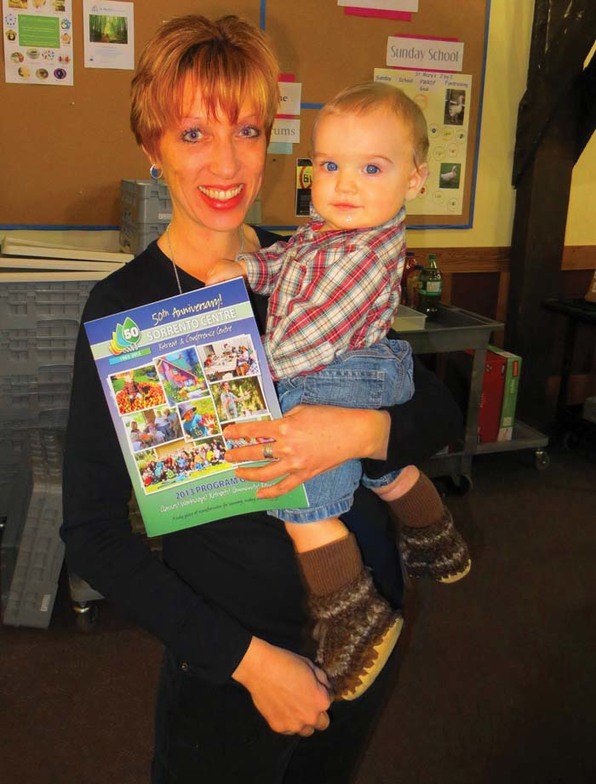 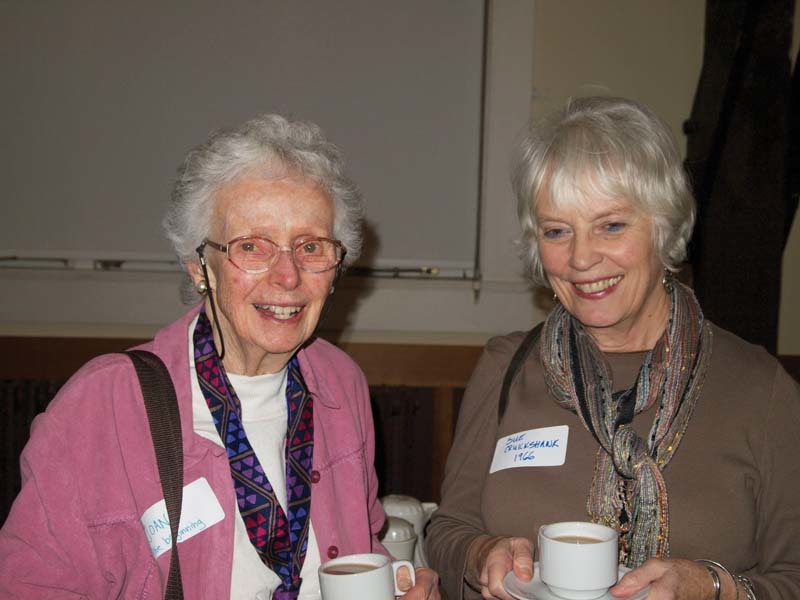 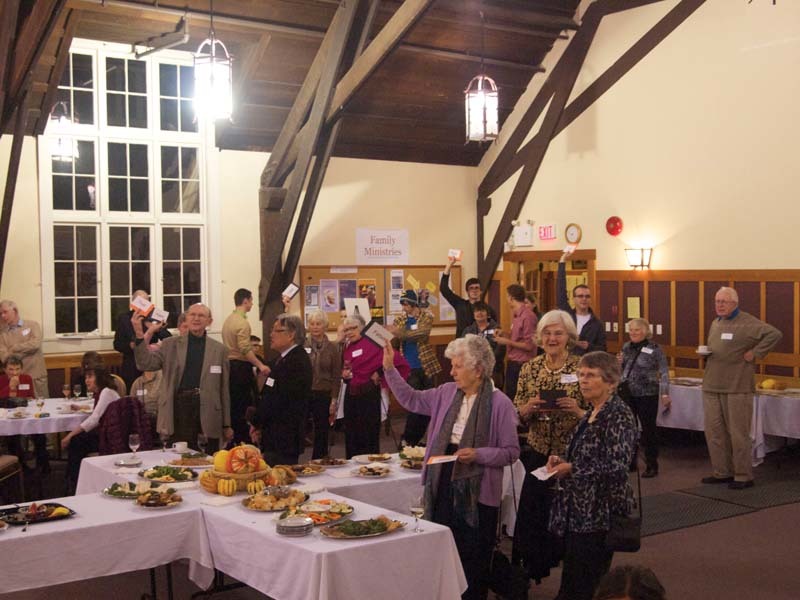 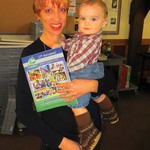 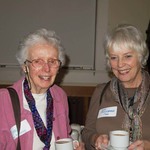 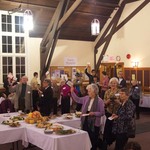 To kick off a celebration of fifty years of ministry, people from across the diocese gathered at St. Mary’s, Kerrisdale to celebrate Sorrento Centre. The evening featured good food, good people and good stories – including some wonderful memories from Bishop Jim Cruickshank about the ‘old days’! Dave Wides (aka Farmer Dave) was on hand to highlight Sorrento Centre’s focus on farming as he talked about his position as manager of the farm. Dave reflected on the old being made new again and the fact that farming has become ‘retro’. We also shared some laughs as Cameron Gutjahr and Alex Starr of St. Mary’s Kerrisdale performed a skit called ‘The Five Man Opera.’

A highlight of the evening was a trivia contest run by Heather Esposito of St. Laurence, Coquitlam. After many rounds of ‘true’ or ‘false’ questions, Sue Cruickshank of Christ Church Cathedral emerged victorious among the Vancouver party. Sue then played ‘sudden death-style’ with the winners at the other Sorrento Centre 50th anniversary parties taking place on the same evening in Calgary, Edmonton and Victoria. In the end, a participant from Victoria took away the grand prize of a week of accommodation in Florida.

David Taylor and Andrew Halladay delighted participants when they shared an original song for the event and – as a finale - all joined in the singing of a new hymn which Herbert O’Driscoll penned in honour of Sorrento Centre’s 50th year of ministry. A great time was had by all!

This is just the beginning of a year of celebration! For more information about other events and summer programs, please check out the Centre’s web-site or contact Sorrento Centre by phone at 1-866-694-2409.

Images: Jane Dittrich holding James Barr (Erin and Rick Barr's grandson, and Herb & Paula O'Driscoll's first great-grandchild) at the party. (note the holding of the 50th anniversary brochure!). Jane first met Erin and Rick and the O' Driscoll clan at Sorrento in 1976, and baby-sat James' father, Christopher, since he was about that age! Lower right, Joan Johnson and Vancouver trivia champ, Sue Cruickshank. Below, the guests hold up True or False cards playing Sorrento Trivia.