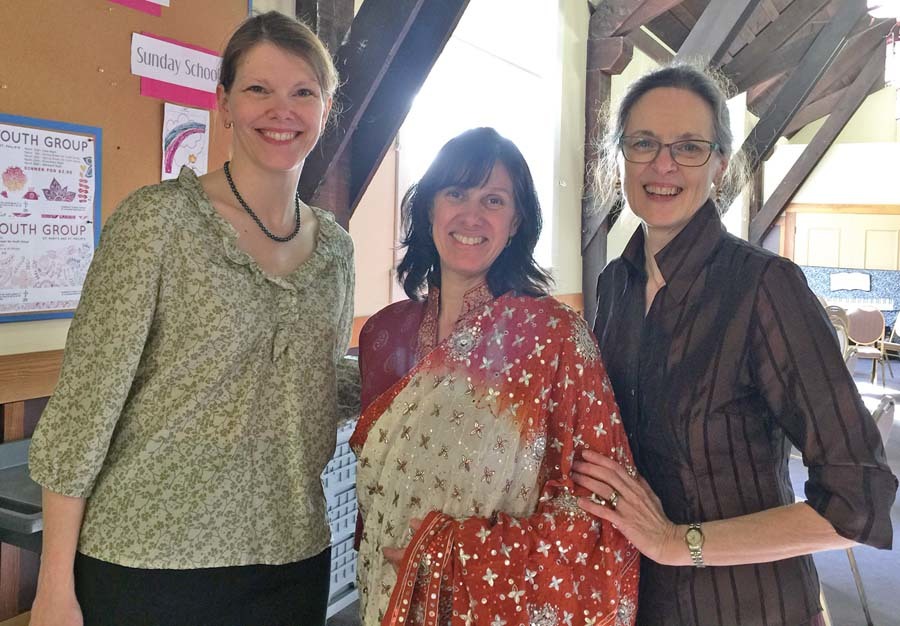 It doesn’t take many Canadian dollars to make a difference to families living in slum communities spread throughout Kolkata, India. In fact, “spare change for BIG change” is the motto of the Canadian Friends of the Calcutta Cathedral Relief Service. Since it was founded in 2011, the Canadian Friends/CCRS has been fundraising and sending 100% of donations from its generous supporters to Calcutta Cathedral Relief Service (CCRS), a non-profit charity registered in West Bengal.  CCRS offices are situated on the grounds of Kolkata’s stately St. Paul’s Anglican Cathedral.

Canadian donations help support CCRS’s empowerment programs that lift women out of poverty, education programs that enable illiterate children to thrive as students, and health programs that assist the underprivileged to improve their physical and emotional well-being. Empowerment – Education – Health … the three pillars of CCRS’s programmes since its inception in the 1970s.

Each year the Canadian Friends/CCRS thanks their supporters at the annual “Penny Pot Tea” held in the Parish Hall at St. Mary’s Kerrisdale.  This year’s afternoon event drew over 50 supporters, from Delta, Richmond, Surrey, New Westminster, Vancouver and Burnaby.  When all the “spare change for BIG change” was added up, the result was $1924 CAD, or 94,481 rupees. The Canadian Friends are awaiting word from Kolkata regarding the greatest need for the funds this year, be it education, empowerment, or health programmes.

The five Co-Directors of the Canadian Friends/CCRS – David Swan, Sheila Johnston, Keith Bunnell, Sara Badyal and Roma Palmer - extend sincere thanks to all their supporters. Anyone interested in learning more can email: sheilajohnston@shaw.ca

Three of the five Co-Directors of the Surrey-based charity “Canadian Friends of the Calcutta Cathedral Relief Service” are pictured at the Penny Pot Tea, held on Sat. March 14 in the Parish Hall of St. Mary’s Kerrisdale: