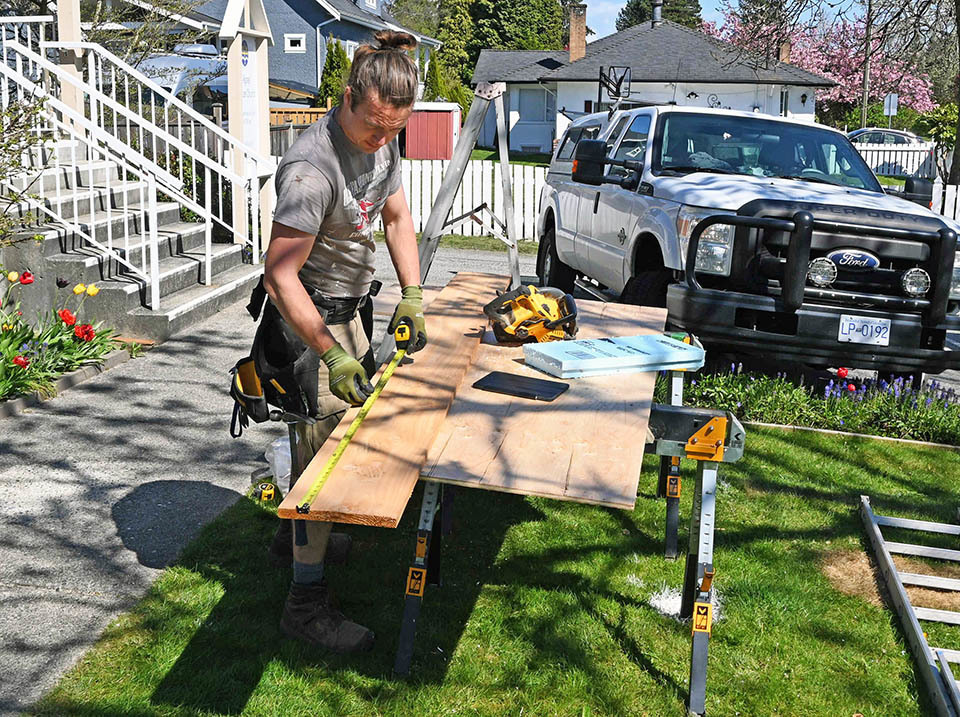 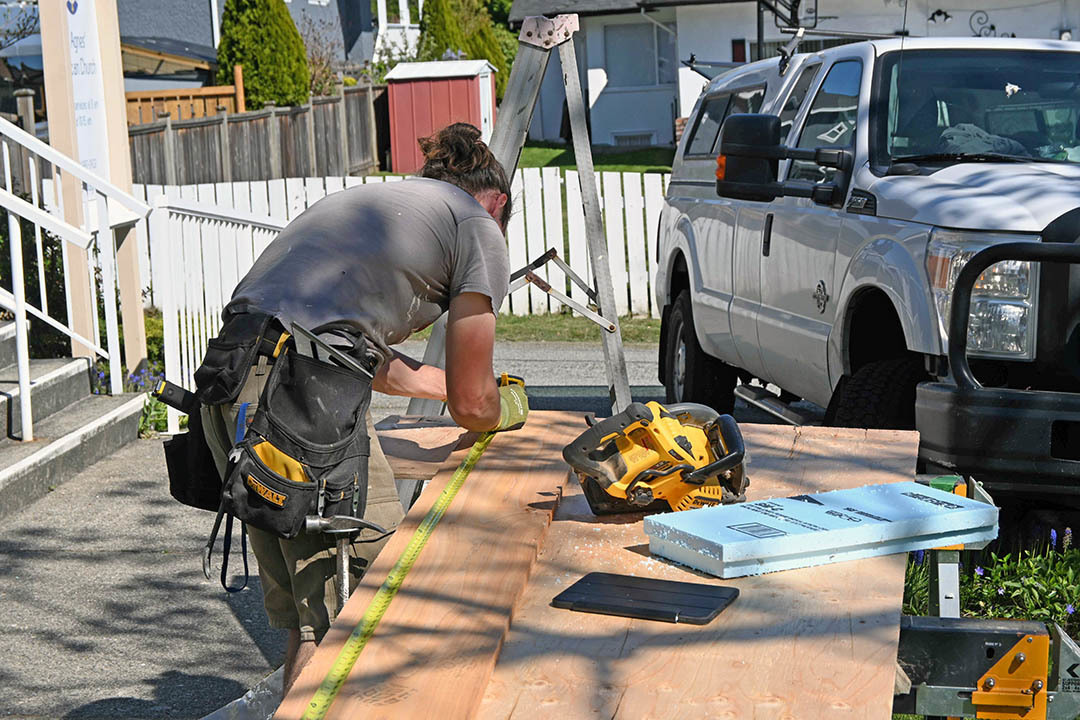 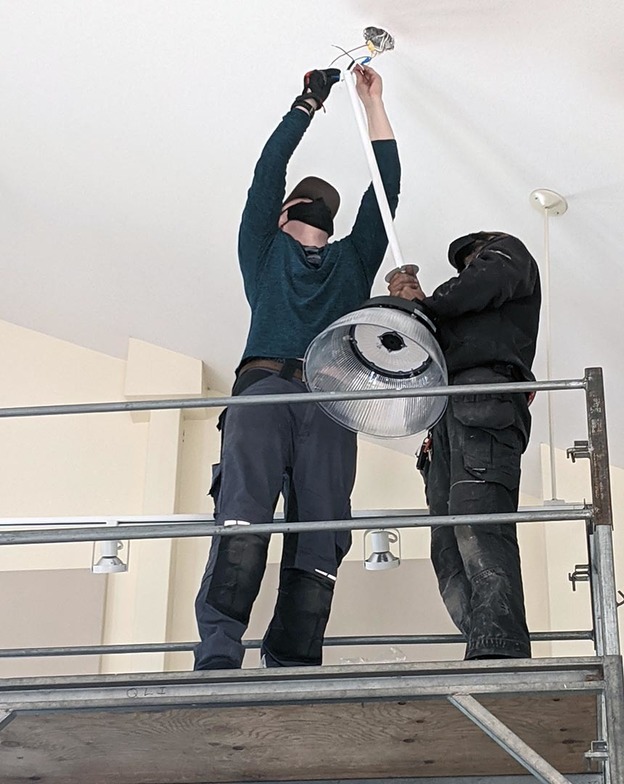 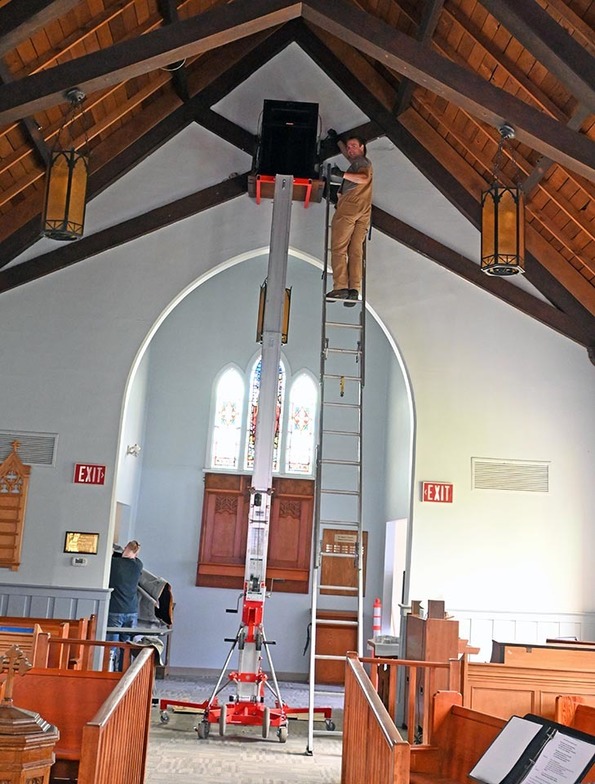 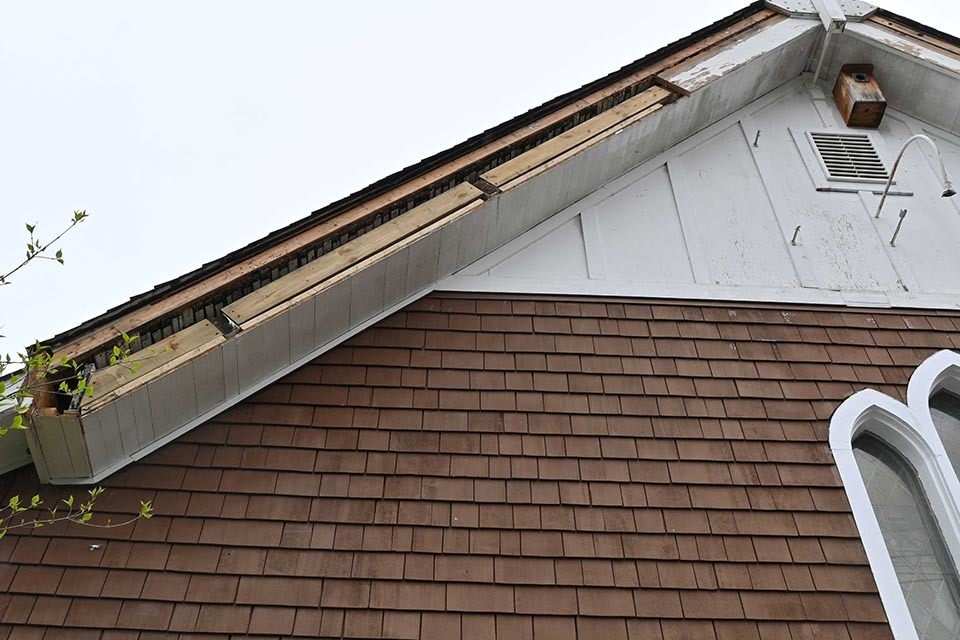 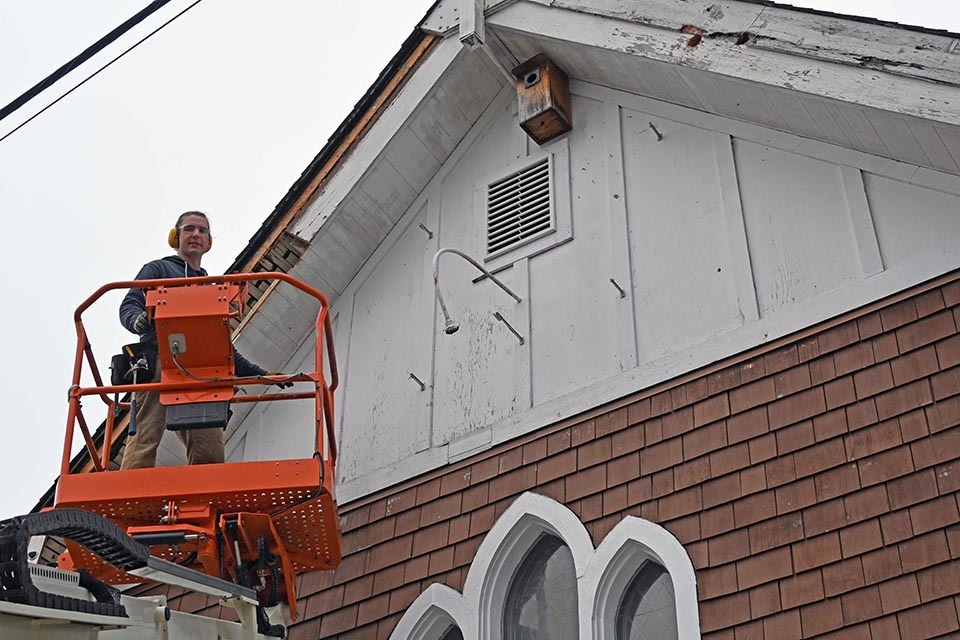 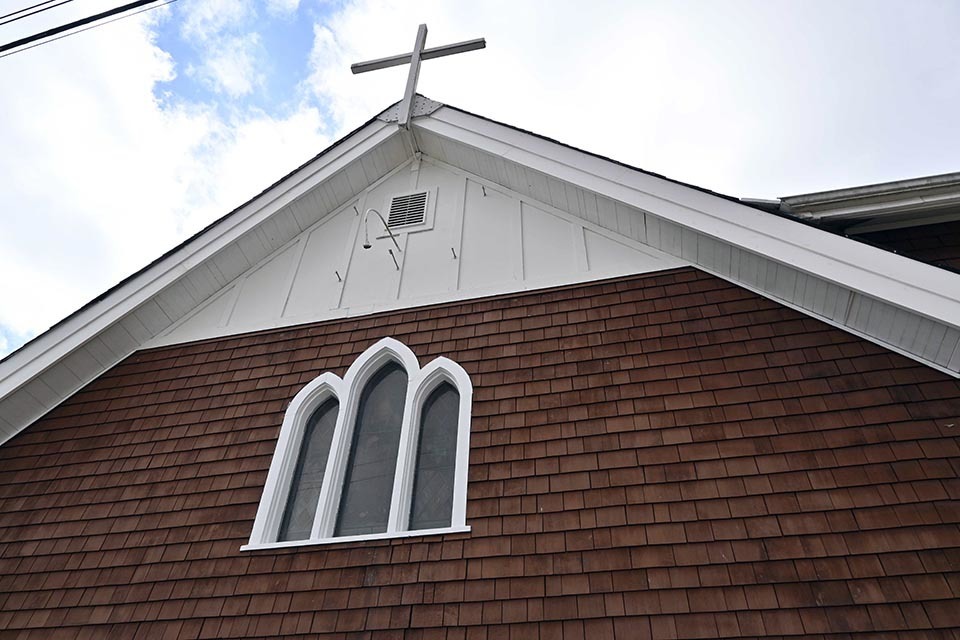 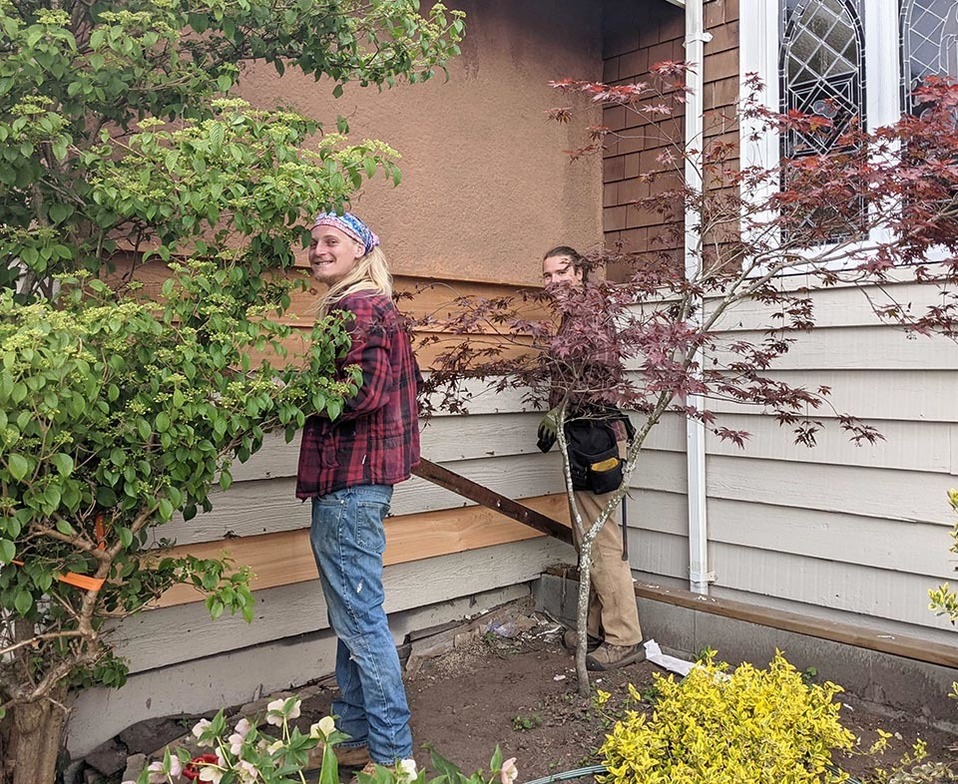 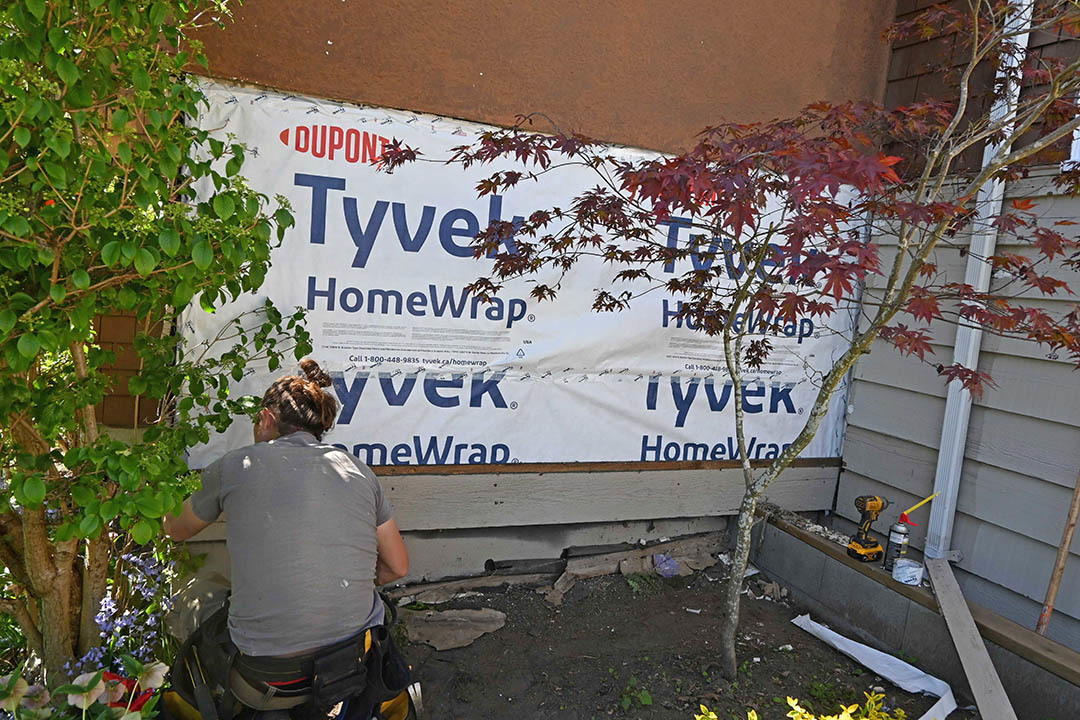 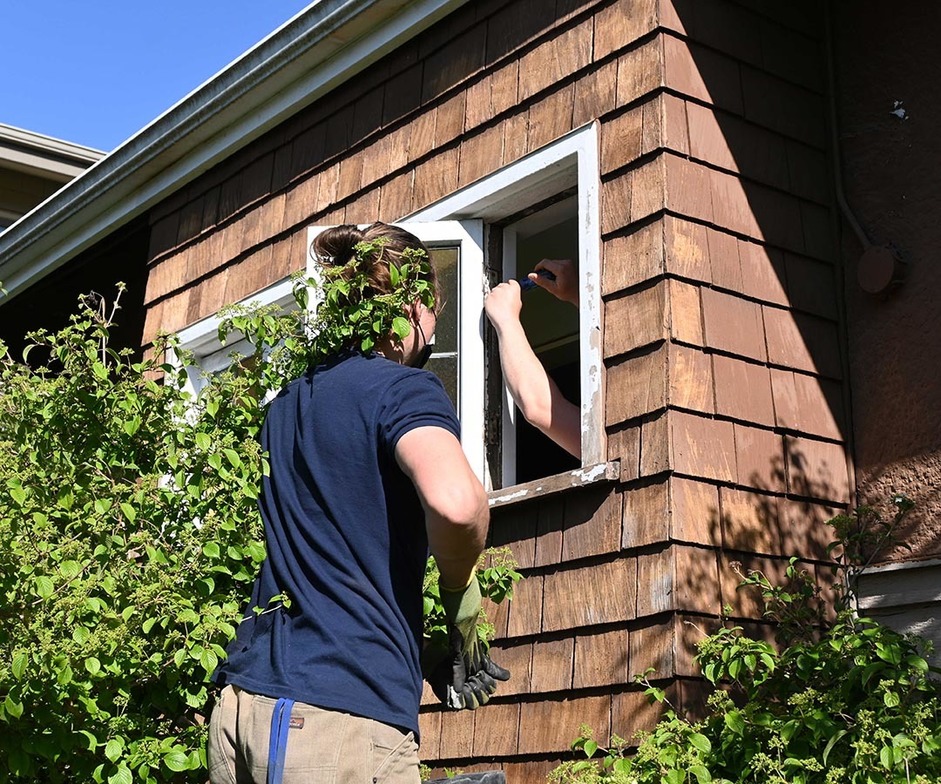 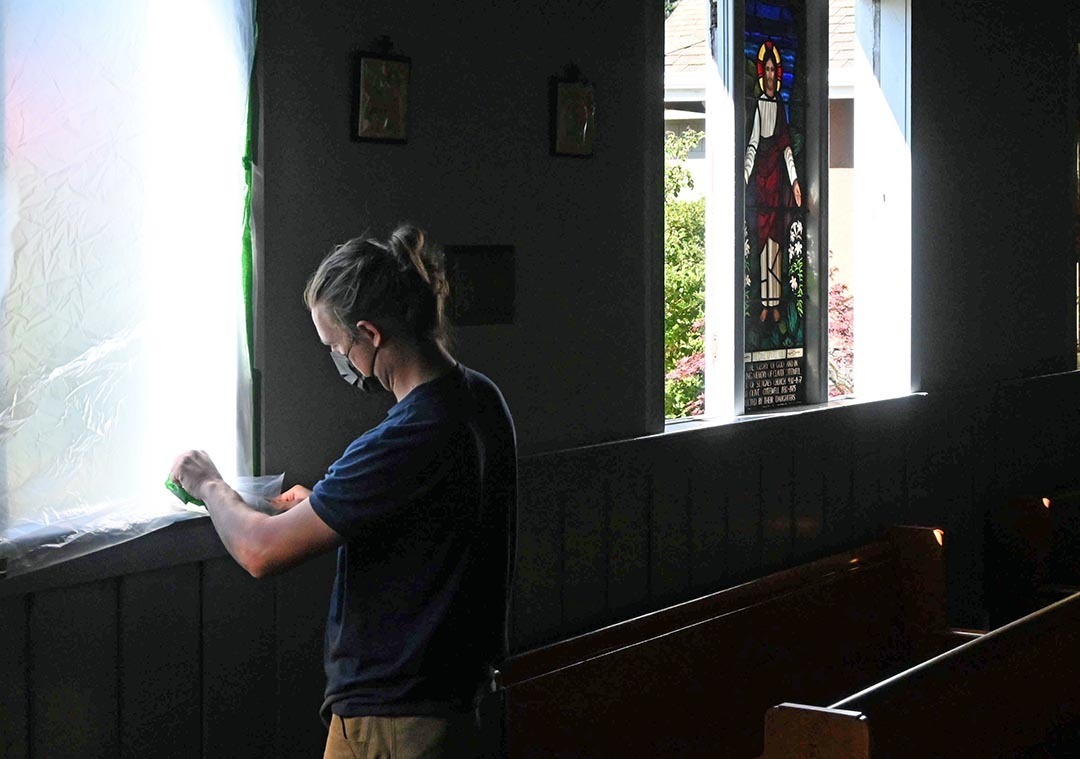 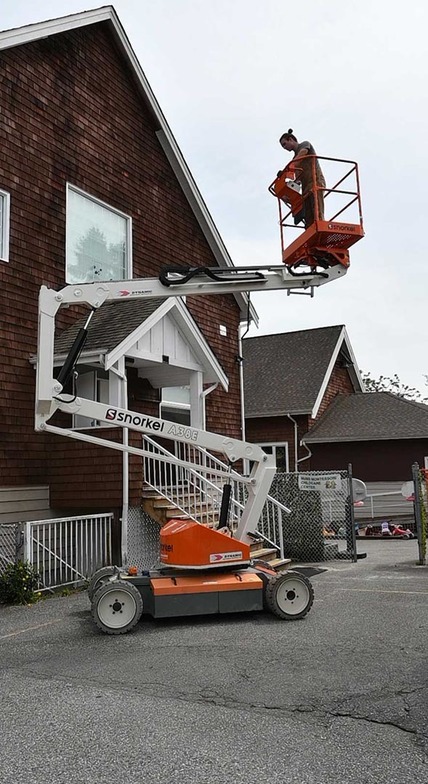 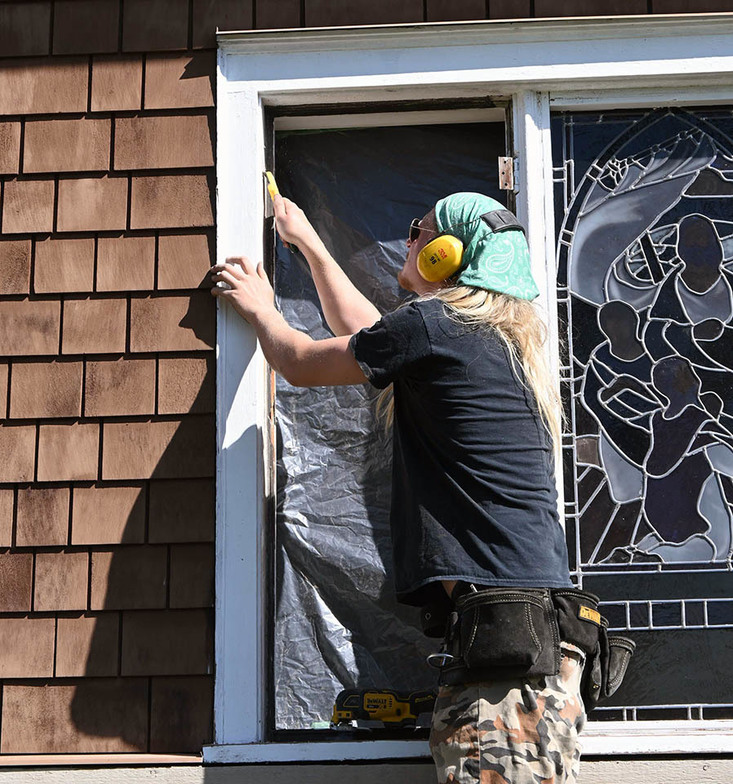 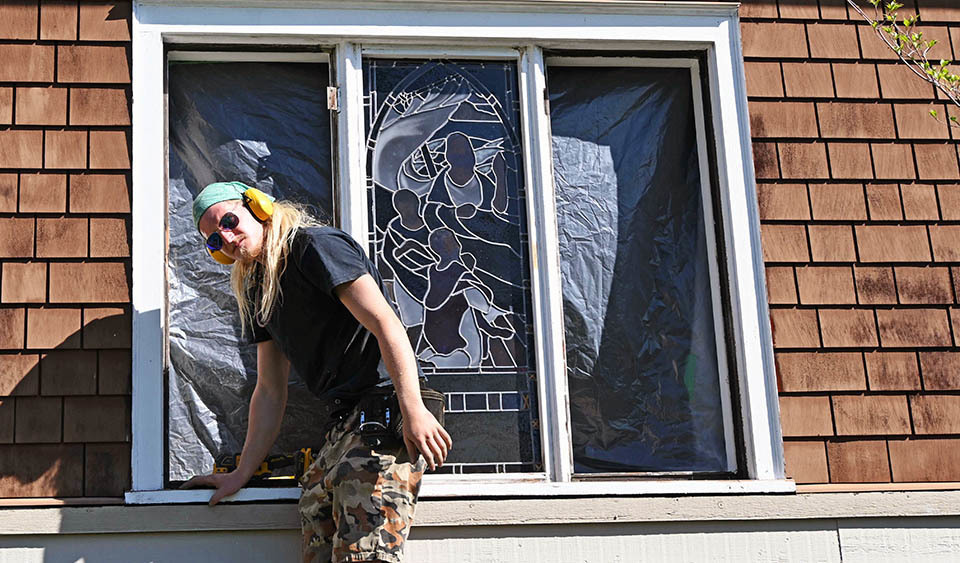 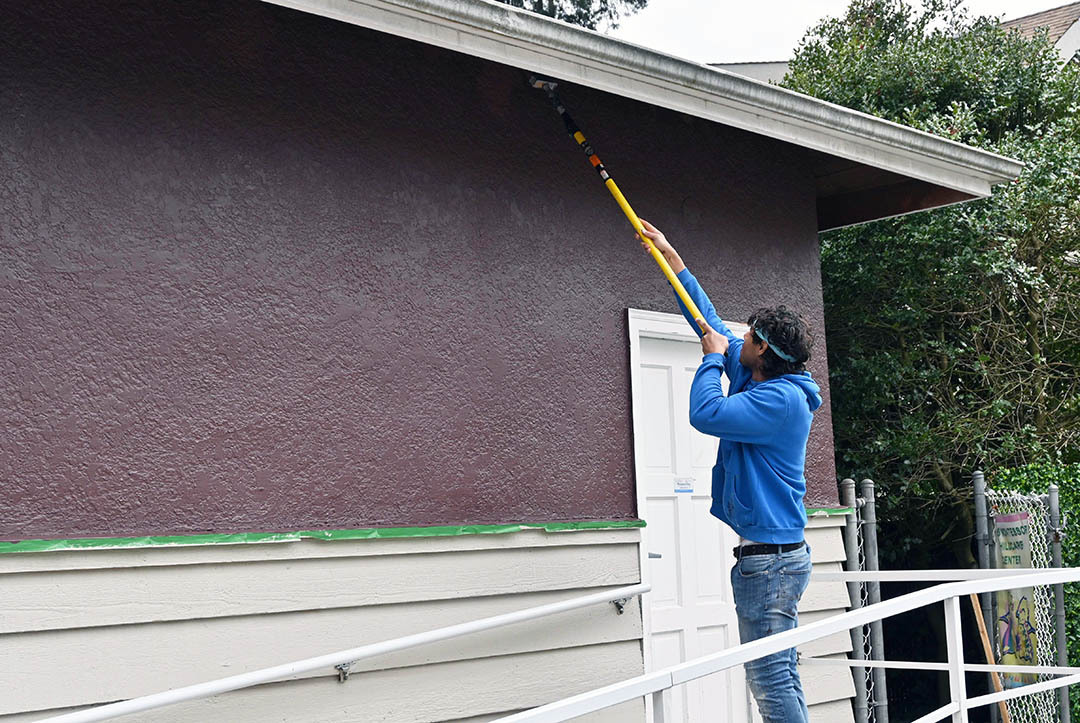 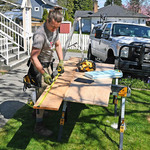 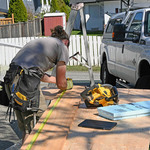 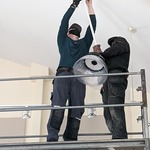 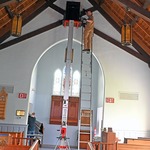 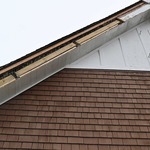 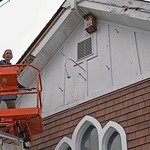 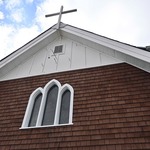 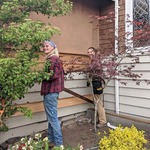 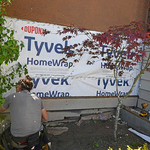 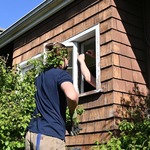 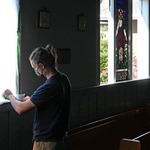 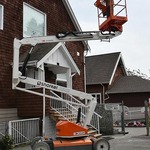 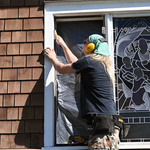 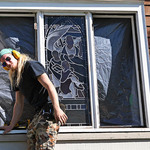 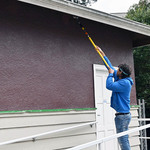 The April rains held off for two weeks while Jacob Muir and his crew completed a long list of building maintenance chores at St Agnes. Jacob is the son of the rector, the Ven. Stephen Muir, and runs his own company called Red Cedar Yardworks. He and his friend Nick Sheffield and a couple of other fellows did a great job painting window sills and frames, repairing damaged siding and fascia boards, and even removing a rather large unused speaker which had been mounted above the archway of the narthex.

Also included on the list of St Agnes spring chores was the replacement of old lightbulbs in the parish hall with new energy-efficient LED fixtures. This work was done by Quantum Lighting.