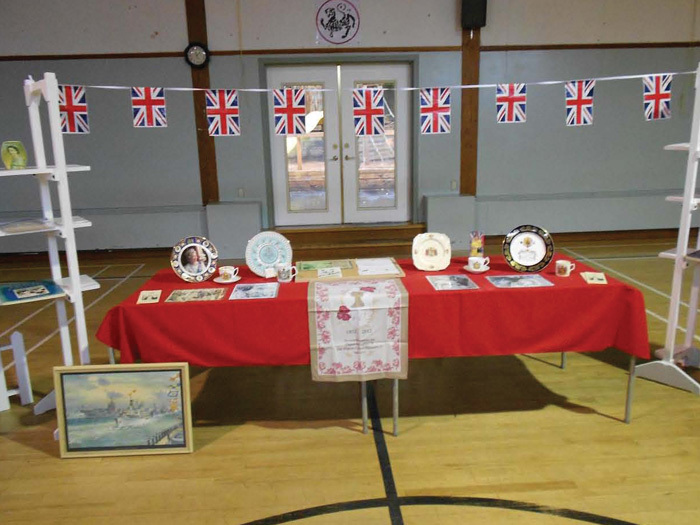 On June 5th St. Catherine’s Friendship Circle hosted a tea to celebrate the Queen’s Diamond Jubilee. It was a huge success with well over 100 people attending. Parishioners were invited to bring their Royal Memorabilia for a display as part of the celebration. Many wonderful Royal treasures were on display for it, including a stool that was part of the special furniture for the coronation. Canadian flags, Jubilee flags and Union Jacks were all part of the decorations. Jubilee flags and pins were given out as quantities lasted. It was a delightful way to spend the afternoon, especially in the rain. Left over sandwiches and other goodies were taken to the Homeless Shelter where they were gratefully received.