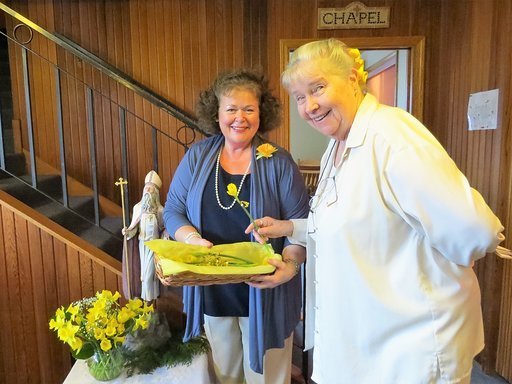 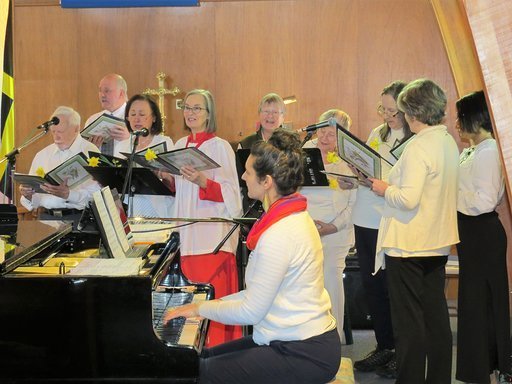 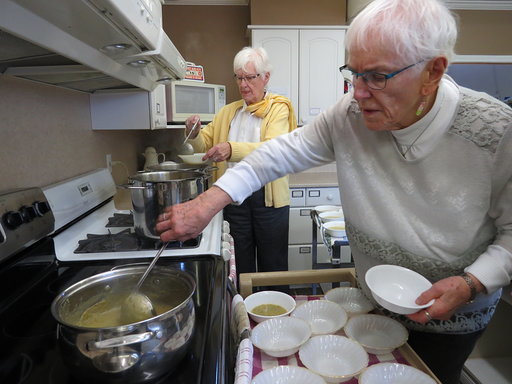 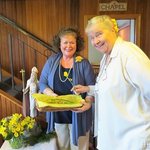 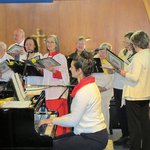 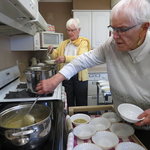 On Sunday, March 3, it was choral music of Wales, daffodils, leek soup and Welsh cakes that marked the Feast Day of Saint David’s, Tsawwassen. Members of a pop-up choir each held a daffodil and a humble leek leaf (one of two emblems of Wales) leaving no doubt that the parish was celebrating its Patronal Festival. St. David's Day is March 1.

Director of Music Sara Ciantar accompanied her nine singers whose selections reflected the Welsh nation’s love of music. The day’s two services ended with the congregational singing of the familiar hymn Guide Me, O Thou Great Redeemer  (Cwm Rhonadda). Going out on a high note, the gathering proceeded to the daffodil-decorated parish hall for a lunch of Cawl cennin (leek soup) and picau ar y maen (Welsh cakes).

One of two symbols associated with Saint David and Wales, the daffodil was introduced in the 19th-century as an option to the humble leek – the vegetable that in the seventh century became the national emblem of Wales. The leek arises from an occasion when a troop of Welsh soldiers was ordered to wear a leek on their helmet to distinguish themselves in a battle against pagan Saxon invaders. The battle is said to have taken place in a field of leeks. Many Welsh people wear both of the national symbols of Wales to celebrate St David; the daffodil or the leek on this day.