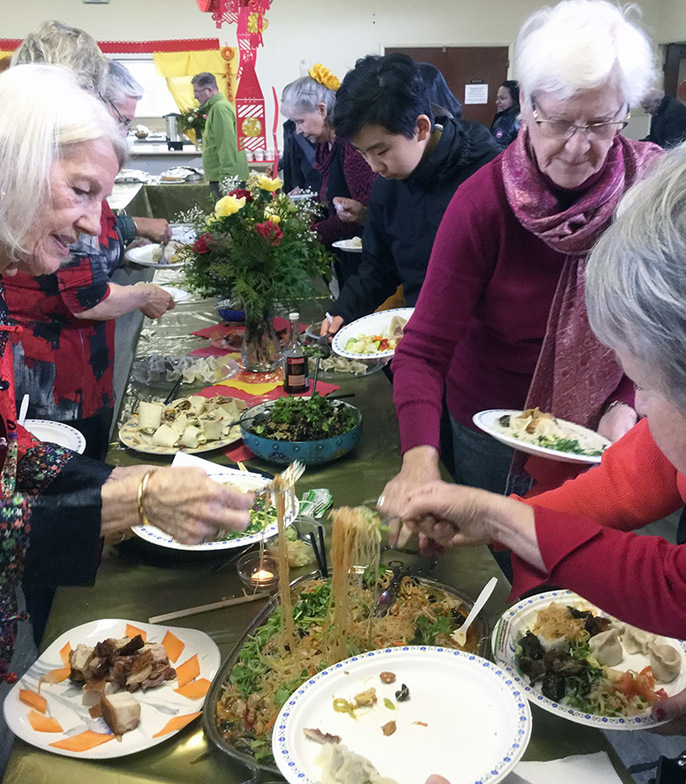 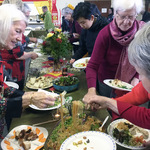 Organizers of St. David’s third annual Chinese New Year Luncheon will give one of the world’s most celebrated holidays one last puff February 9. While the 15-day Lunar Festival ends with the Lantern Festival February 8, conveners are keen to repeat an important universal event, albeit a day late.

Greetings such as Guo Nian Hao (Happy New Year in Mandarin) exchanged on New Year’s Day, January 25, may be heard again in the parish hall on February 9 but the focus will be on the Lantern Festival.

Parishioners Claudia Niu and Jenifer Zhu will explain China’s most important festival and describe the significance of the lantern while offering hands-on instruction in crafting the colourful and familiar lighted decoration.

Appreciation of this segment of China’s rich tradition augments the visual impact of the country’s much loved bright-red decorations seen around the hall. The colour red signifies happiness and good fortune. Add the centuries-old symbol of a bright future – the Chinese lantern – and know good omens abound.

Claudia and Jenifer are also convening the luncheon and, along with Sara Caintar and helpers, will ensure that parishioners and the surrounding community enjoy a multi-facet experience that includes yet another cause for celebration known as the Spring Festival.

The (chunjie) Spring Festival has more than 4000 years of history and is the longest holiday of the year. Although still very wintery, it marks the end of the coldest days and welcomes spring: the planting and harvests, new beginnings and fresh starts.

Once again the Chinese celebratory buffet table will feature Xiaocong Wu’s steaming-hot Jiaozi dumplings (crescent-shaped dough filled with minced meat and finely chopped vegetables), and a variety of appetizers, salads and bean soups from a team of kitchen volunteers.

Lunar New Year celebration of the Chinese Zodiac Year of the Rat begins January 25 and ends February 11, 2021. While hardly adorable, the rat ranks first in the 12-year Chinese zodiac cycle. It has characteristics of an animal with spirit, wit, alertness, flexibility and vitality.

Universal celebration of the Gregorian calendar’s New Year may be long past, but at St. David’s, in February, it’s still Gong xi fa cai!

IMAGES (from the 2019 celebration)