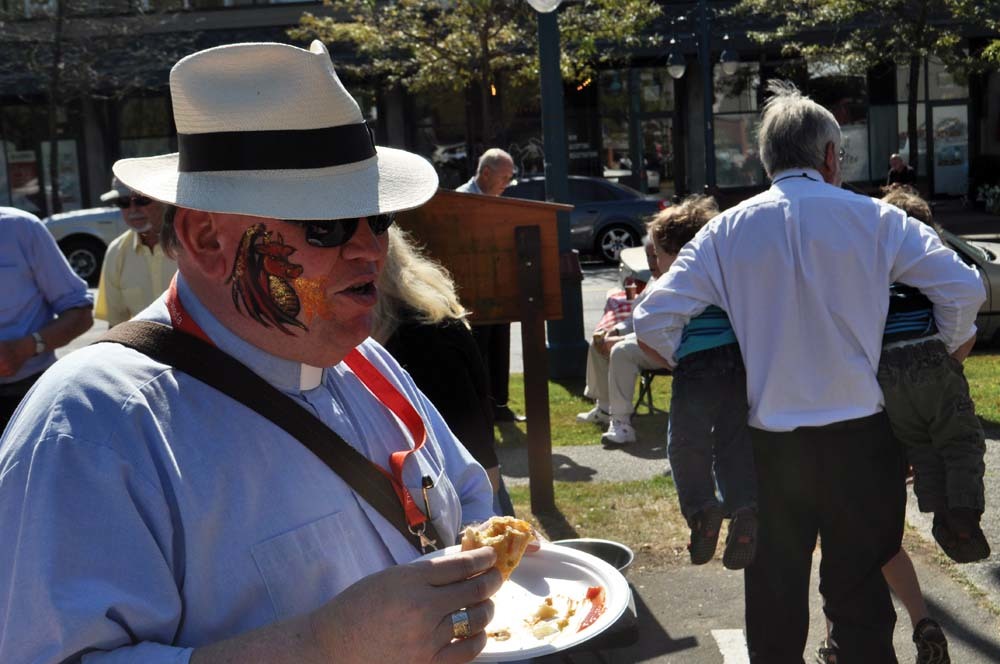 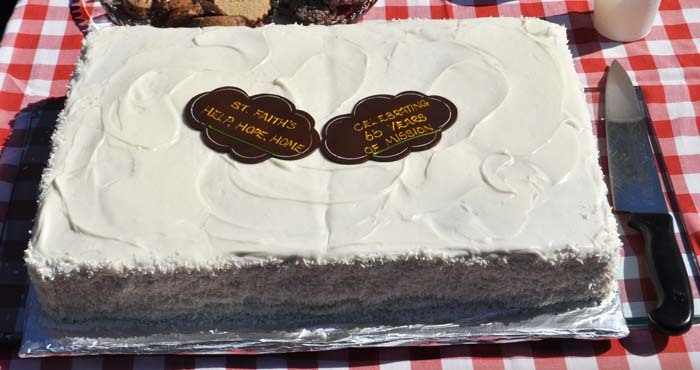 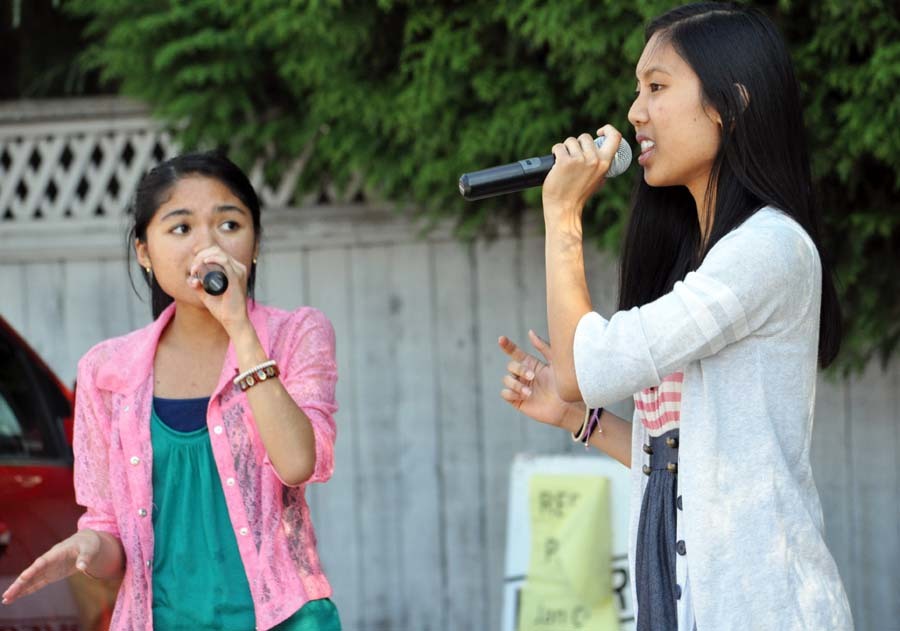 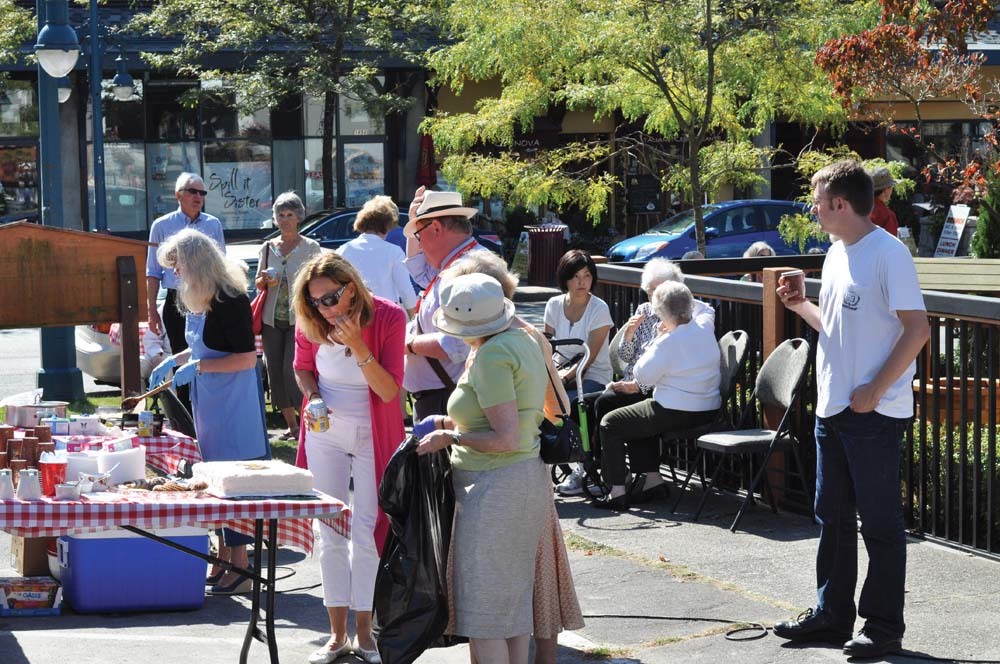 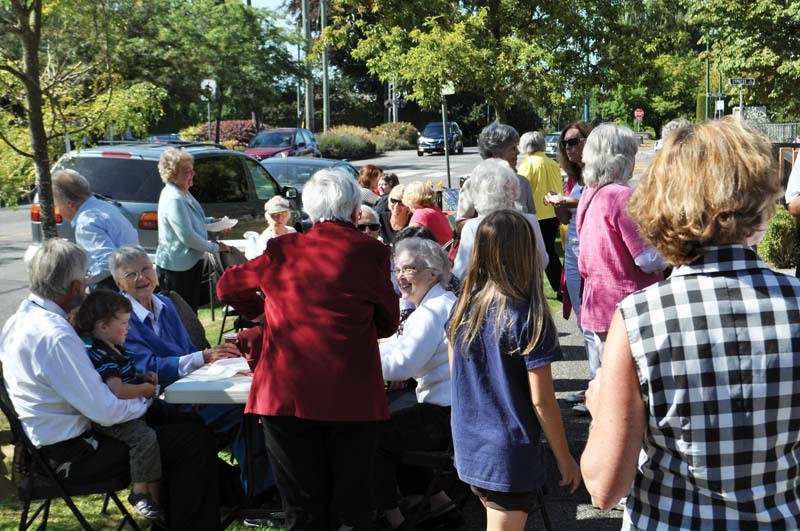 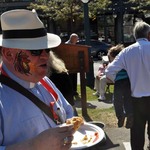 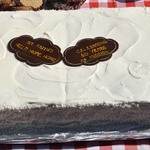 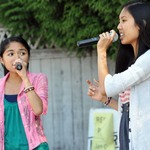 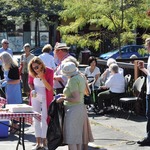 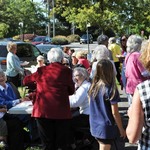 On Sunday September 16th about 85 people, longtime church members, some-timers and first-timers, joined in celebrating St. Faith’s 65th anniversary.
Members of the Essonance Chamber choir, whose rehearsal home is the church, performed three glorious pieces during the 10am service and The Venerable  Andrew Pike, Rector of St. Faith’s for eighteen years, spoke in his sermon of the beginnings of the church and its ministry over the years.
After the service the people gathered at the front of the church as The Reverend Dr. Richard Leggett, Priest-in-charge, dedicated St. Faith’s beautiful new playground. The playground will be used primarily by Stepping Stone Preschool, who have been part of the church for over 35 years. When not being used by the little ones, the east side of the new development will be open for the community to enjoy.
Then we had a big party! The people who attended the service were joined by more members of the community to eat BBQ hot dogs and cake. The Doodle Girls painted the faces of young and old while, the Monet sisters sang and did dance routines to popular R&B music. Long-time parishioner Walter Herring said that this was the first time that St. Faith's parking area had been used for a party and it worked great.

St. Faith’s would like to thank everyone who made our 65th anniversary celebration such a success; particularly David Searl, Jan Cooper of Cooper Studios and Pump Records, the Monet Sisters, and Livia Gho and the members of the Essonance Chamber Choir.
Images: Top and Homepage, The Reverend Dr. Richard Leggett enjoys a hot dog and looks fab sporting a dragon facepainting while Archdeacon Andrew Pike leaves the seen with a youngster under each arm. Middle right, the homemade Carrot Cake by Dave Searl. Below 1: The Monet Sisters. Below 2, The Crowd on the Boulevard. Below 3, The Crowd in the Parking Lot.

A Place of Help, Hope and Home for 65 Years