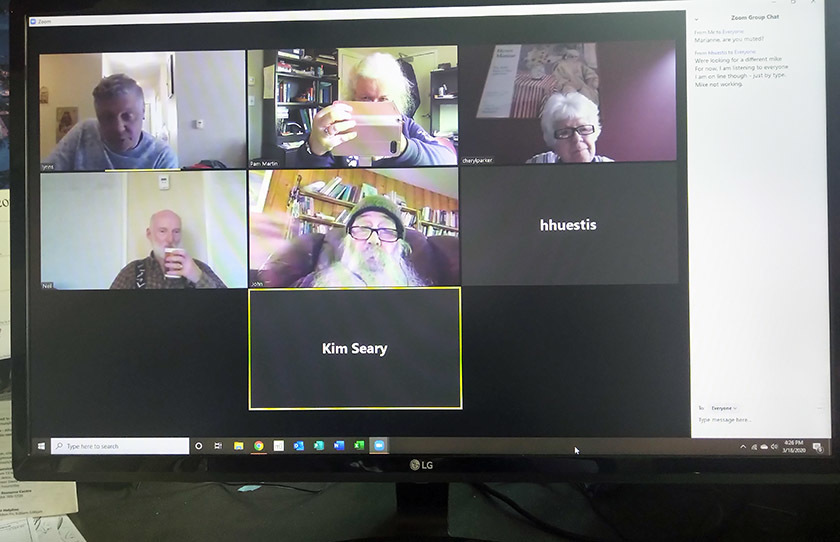 On Wednesday, March 18, the Parish Council of St. Mary Magdalene’s met for the first time since the Annual Vestry elections. By happenstance, it was the first day of the church being closed as per the directives from Archbishop Skelton received on March 17, so I suggested we try meeting by Zoom.

I was the only one who had used it before, and some people were pretty skeptical, describing themselves as techno-morons. The meeting was scheduled, the link emailed, and with varying degrees of fear and trembling people clicked on the link . . . and discovered it wasn’t nearly as hard as they’d feared. In fact, it was kind of a treat to see each other in our ‘native habitats’.

We had a smooth, productive meeting, and Zoom's capability to share the screen allowed us to refer to documents under discussion easily. The skeptics became enthusiasts, and our next Zoom adventure will be an interactive worship on Sunday morning, March 22.

For parishes that are interested in a platform that allows you to host meetings, worship or bible study online then Zoom might be a solution for you. To help you setup an account (the diocese has a month to month licensing agreement with Zoom but parishes will need to set-up their account) please send an email to the Director for Mission and Ministry Development, Tellison Glover or 604-684-6306 ext. 219.