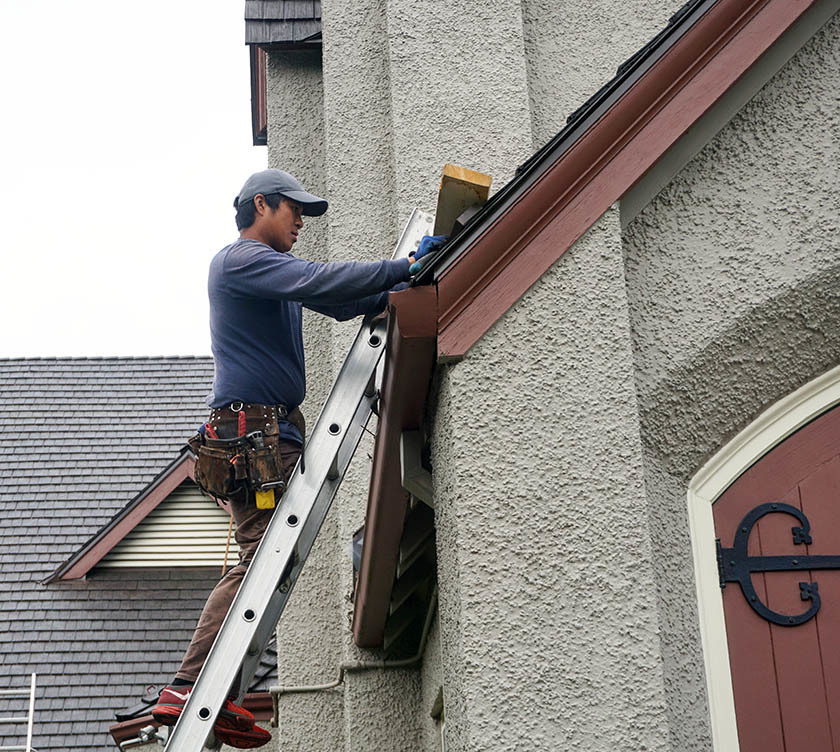 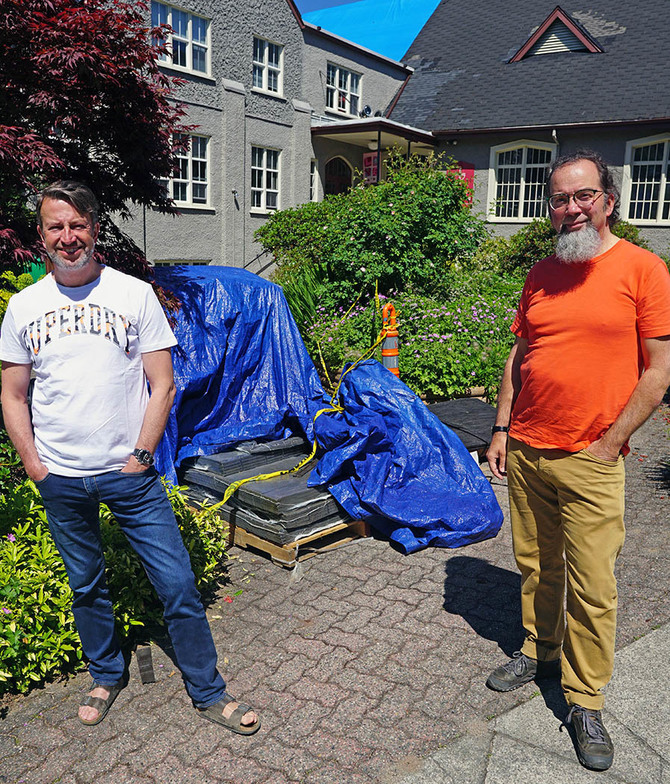 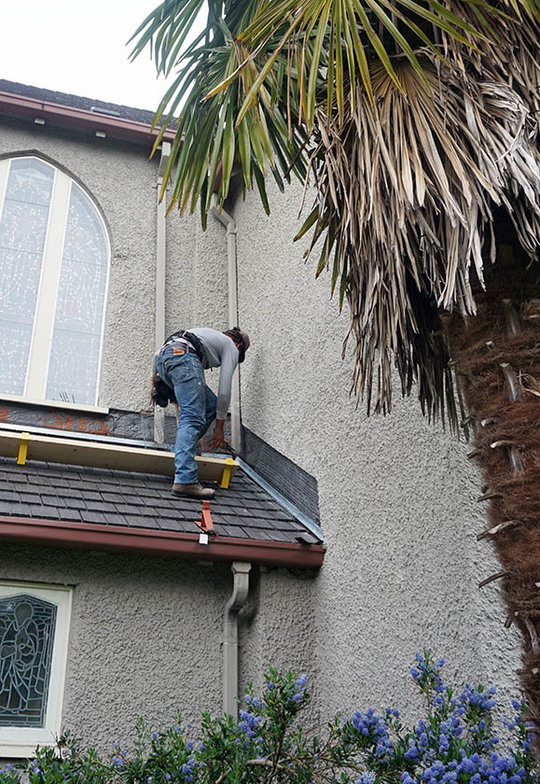 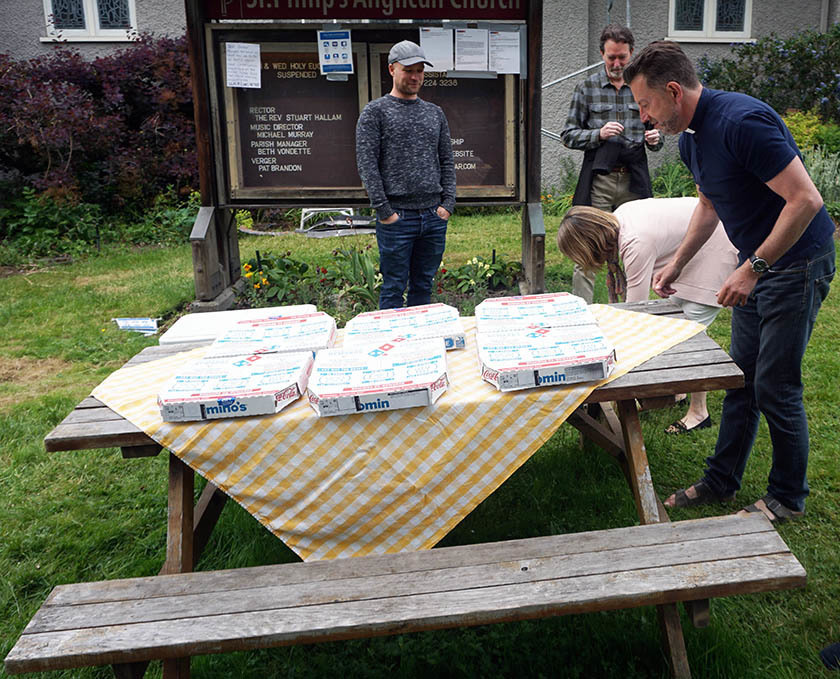 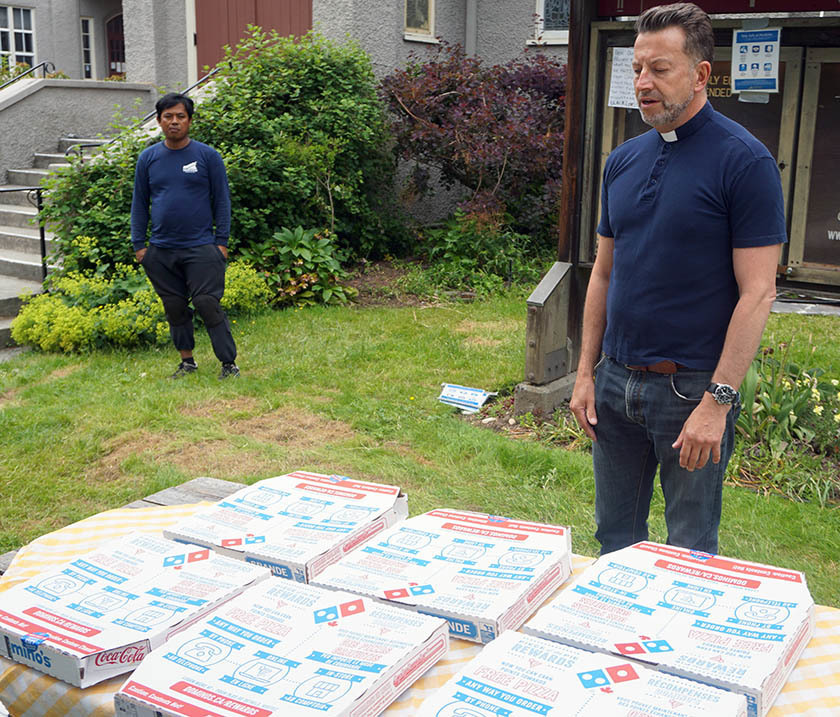 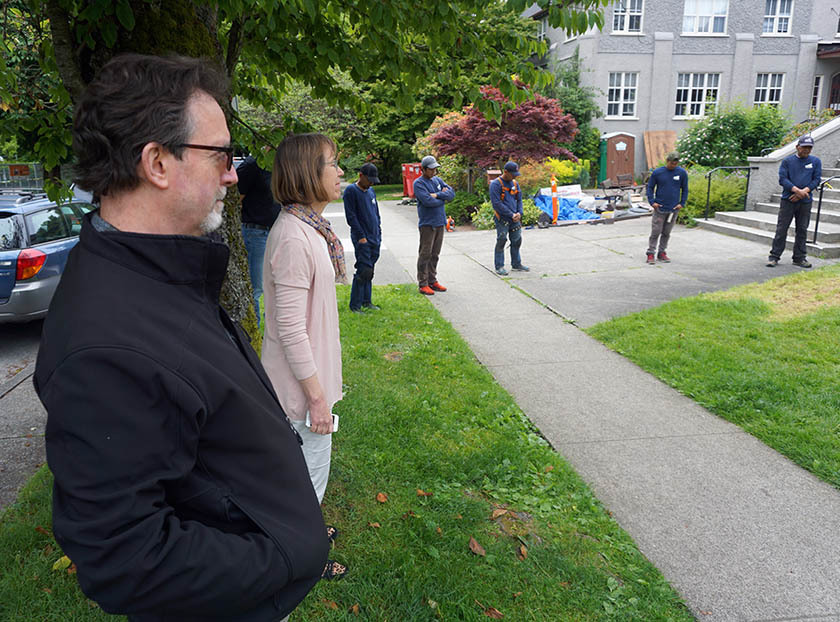 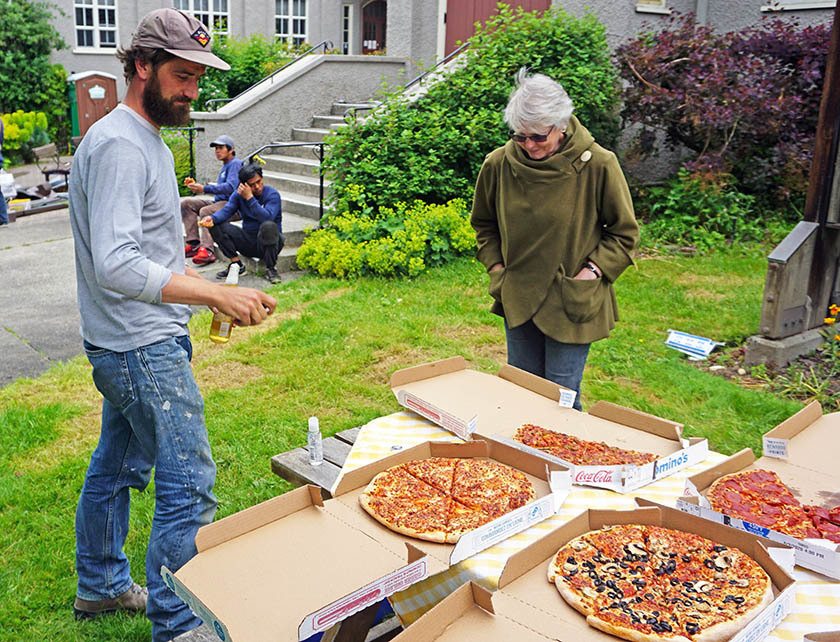 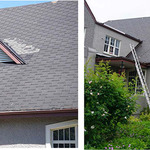 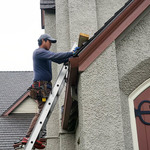 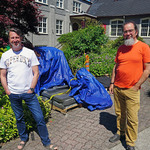 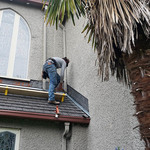 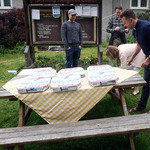 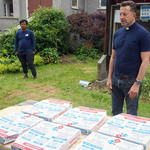 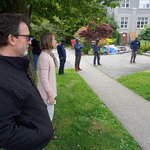 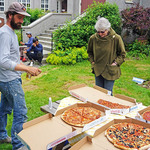 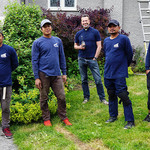 The Anglican parish of St. Philip’s is located in the heart of the west side of Vancouver – on West 27th Avenue, just west of Dunbar Street. The church community was founded in 1925, and its first building was what is now the church hall which was completed in 1929. Construction of the church building commenced in 1941, during the Second World War and was completed in less than two years.  The debt-free building was consecrated November 12, 1945. The church roof has been replaced twice during its lifetime. The last time was in the late 1990’s and, given that asphalt shingles typically have a lifespan of less than 30 years, roof replacement was becoming a priority for the parish. As if to put an exclamation mark on this reality, leaks had occurred in the church hall that required temporary repairs. Buckets in the hall were frequently deployed following rainstorms.

The building study looked at all facets of the building – external and internal – and identified when routine maintenance and replacement should occur together with an estimate of the projected costs. Debbie Matheson, an incoming assistant warden and trustee at the time, remembers reading the depreciation report and its associated costs with a sinking feeling of dread.

Not surprisingly, job #1 was replacement of the roofs on the church building, the church hall and the rectory.

Other items were also identified, and the report is a useful planning document, not only for the Property Committee, but especially for the parish trustees charged with approving annual budgets.

It was evident that the parish would need to raise considerable funds to finance the proposed roof replacement as its cost far exceeded the annual building maintenance budget. A fundraising team was appointed and, with external professional assistance provided by Waller & Associates, proposed a fundraising campaign – “Under Our Roof and Beyond Our Walls”.

Before launching the campaign, the fundraiser undertook a feasibility study to determine how much might be raised  in a three-year capital campaign, given the proposed use of the funds to be raised. In this instance, Waller & Associates reported back that a target of $1.5 million over three years would be achievable, with the proceeds split between buildings and programs.

The capital campaign was launched with a professionally published prospectus, training for volunteers, and weekly executive meetings. Parish leaders led teams of trained visitors who went out in pairs to visit every household in the parish for an hour or so. Warden, Debbie Matheson recalls that this remarkable sustained effort over two months served also to build connections, open channels of communication throughout the parish and provide a listening ear to parishioners as they talked about St Philip’s.

The three-year campaign is in its second year but, based on donations already received in year one, it was evident that there would be sufficient funding for the roofs.

While there were members of the Property Committee who had experience with roofing projects, the committee recommended that the parish retain the services of a professional project management team to oversee the process of developing roof specifications and also acting as the owner’s representative for the duration of the project. AWQS Consulting in partnership with Enduring Construction was selected for this task.  A roof inspection company (BC Roof Inspections) was also hired to write the specification and to oversee the  work of the selected roofing contractor.

The project managers and the roofing inspection company prepared tender documents for the roofs on the three buildings. Bidders were invited to submit proposals for a baseline bid using asphalt shingles (estimated lifespan 30 years) but could also offer the option of rubber shingles manufactured from recycled car tires which, while more expensive, had a projected life of over 60 years. Bids were requested from three roofing contractors, two submitted proposals.

Following the analysis of the bids and presentations by the contractors, the contract was awarded to Penfolds Roofing and Solar who, in addition to the base bid of asphalt shingles throughout, offered recycled rubber “Eco” shakes on the church building and church hall which would cost a further $30,000. This option was recommended by the Property Committee. However, the parish trustees, with financial constraints in mind, selected the all-asphalt shingle option. The Property Committee was less than happy with this decision. Fortunately, at this stage, a parish benefactor, who chose to remain anonymous, stepped up with a donation of $30,000 to enable “Eco” shakes to be used.

Initially it was determined that construction on the roof would start after Easter. That all changed with the COVID-19 lockdown. However, given that roofing is a socially-distanced occupation, work was able to proceed in late-May and was completed by the end of July. In addition to Penfolds Roofing and Solar, other sub-contractors included McMahon Stucco and EB Painting. The parish is pleased with the final results and, according to the rector, the Reverend Stuart Hallam,

“The use of “Eco” shakes sends a clear message to our community that St Philip’s stands for the ‘Kingdom’ principle of justice in the world, not only for the planet, but in all aspects of our common life and ministry.

One of the important themes in the Capital Campaign, ‘Under our Roof and Beyond our Walls’ was a vision for St. Philip’s to move towards becoming a Centre for Social Action and Spirituality. I realized before I arrived that this was a path that the parish had already begun with its history of sponsoring refugees and work with the homeless. But once I was in post, and as I got to know the wider parish, I understood that many within the wider Dunbar community were firmly in the ‘spiritual’ but not religious camp and that the area had a very strong social conscience. It was clear to me that developing St. Philip’s with justice and spirituality at its heart would offer the best possible option for growth moving forward.

“Having an environmentally sustainable roof clearly projects who we are and what we stand for and has already begun many a conversation with those in our community who feel the same, which is at the heart of our mission to go ‘Beyond Our Walls.’”

People’s Warden, Debbie Matheson, represented the parish leadership for the duration of the project, signing change orders, watching the budget spreadsheet and interacting with the project managers, crew and other trades. Through the website and the parish weekly email bulletin, Debbie kept the congregation informed on the progress of the project while the worshipping congregation was effectively banished from the work site by the COVID-19 pandemic. According to Debbie, keeping parishioners apprised of the roofing project, and other property improvements, was an effective way to show gratitude to the donors, to encourage them to fulfill their pledges in year two, and to inspire new donors to join the effort. The seeds bore fruit.

The lessons learned from this project would include the following:

The parish of St. Philip’s now has the prospect of remaining dry for the next 60+ years, during which time the programs it delivers will continue to benefit the community beyond its walls.