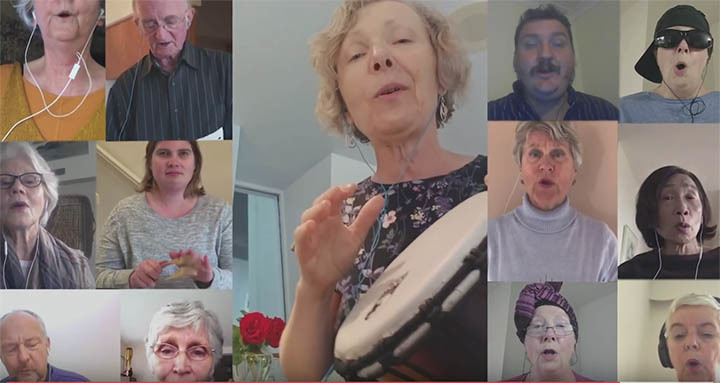 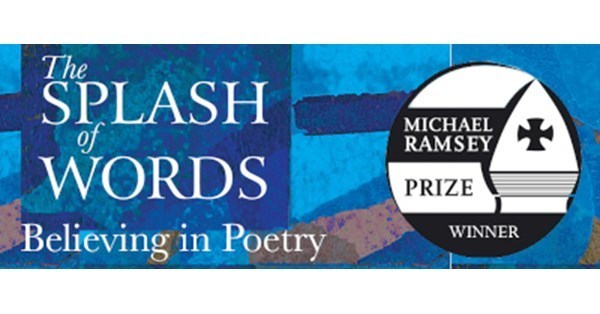 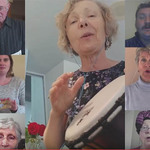 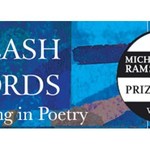 St. Stephen’s, West Vancouver has been serving its large varied congregation during the pandemic with online offerings initiated by the rector, Canon Jonathan LLoyd. On Mondays a group gathers via Zoom to research and to discuss Mark Oakley’s insightful book, The Splash of Words, (believing in poetry). Oakley is Chancellor of St. Paul’s Cathedral in London England, and a visiting lecturer in the Department of Theology and Religious Studies at Kings’ College, London. His approach to poetry is moving and inspirational. The small book is a treasure.

Wednesday morning is chosen for the rector’s regular “drop-ins’, only in this case the drop-in is online, and bring your own coffee. Thursday is choir day with the parish’s minister of music, Dr. Annabelle Paetsch, who manages to lead a choir practice via Zoom from her office where she accompanies the singers on the piano, or digital keyboard, while teaching them the basics of the music they have been sent via the internet. She has combined the church choir and St. Stephen’s Community Singers (each rehearse separately via Zoom) to produce a commendable choral sound from twenty or so singers, each in their own home. This online preparation resulted in a virtual choir video of the South African tune, Mayenziwe (Your will be done) released in June,  after 300 views on its initial posting, the video my be viewed on this post.

Friday is the day for Bible study with Canon Donald Lawton who leads the group online from his home in Squamish.

For Sunday worship, Canon LLoyd presents an edited version of the Prayer Book morning service from the altar of St. Stephen’s, in the silence of the empty church, framed by the stained glass east window. Readers are selected from the parish, and offer a lesson and a psalm. The service is preceded by a selection of piano or organ preludes by Dr. Annabelle Paetsch (sometimes with a vocalist) who then follows the service with a postlude.

Our church community connects by internet, telephone, and mail. We all pray for a successful end to this pandemic and that our congregation stays well until we can return to our church building.

On the Feast of Ss Peter and Paul, June 28, Canon LLoyd, marked thirty years of ordained ministry. He was joined by several surprise visitors.  His brother, Canon Nigel LLoyd (of Salisbury Diocese, England) read the Gospel and his sister-in-law, Canon Jane LLoyd (also of Salisbury Diocese) led intercessions.  On that same Sunday,  Jane was marking 40 years of ministry, and Nigel, 39 years.  Jonathan’s daughter, Emma (a teacher in Sussex, England) shared the first reading.  The preacher was the Executive Archdeacon of the diocese of New Westminster, the Venerable Douglas Fenton, who will mark 40 years since his ordination later this year.

Jonathan was ordained at Southwark Cathedral, London, in 1990, after a professional career in psychiatric social work.  He was principal social worker at St Christopher's Hospice, London, which is the first modern teaching hospice in the world.  Over three decades, Canon LLoyd has served as an Anglican priest in ten countries, including as Archdeacon of Germany and Northern Europe.  In 1975, he was arrested and deported from South Africa by the apartheid regime whilst working for the Anglican Church.  He returned to South Africa in 1993, to serve as a mediator and monitor with the World Council of Churches in townships in KwaZulu/Natal in the turbulent period before the first elections.

Jonathan said 'I thank God for the Christian communities I have been privileged to serve, and for all they have taught me.'