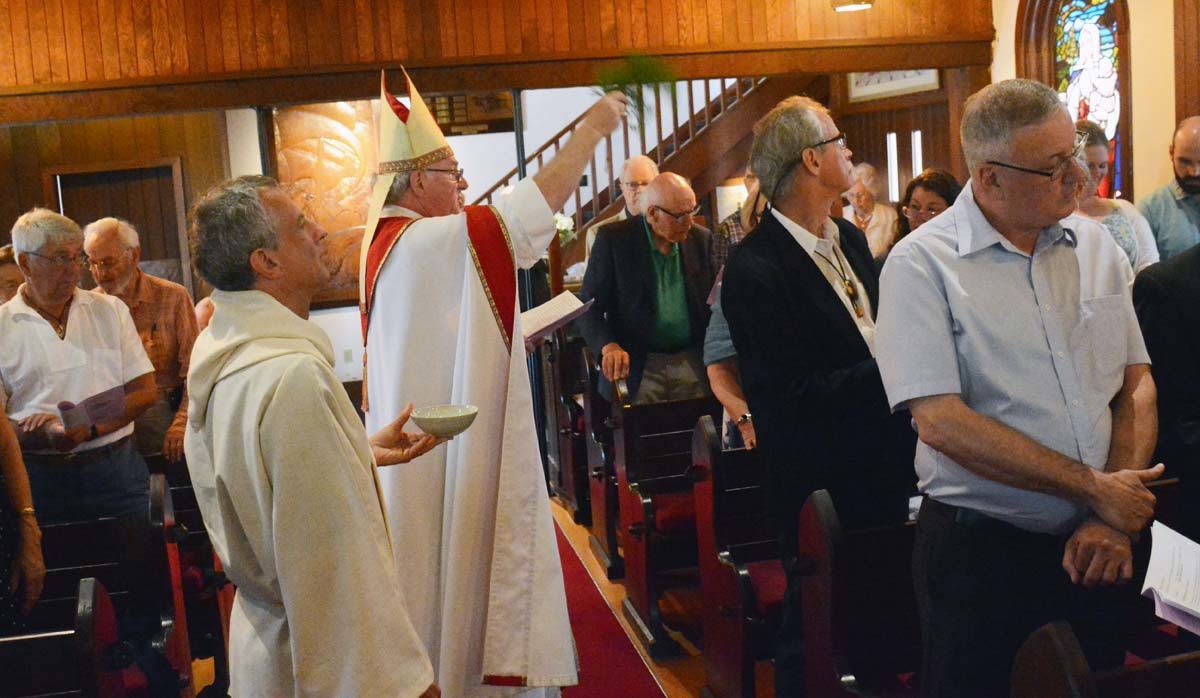 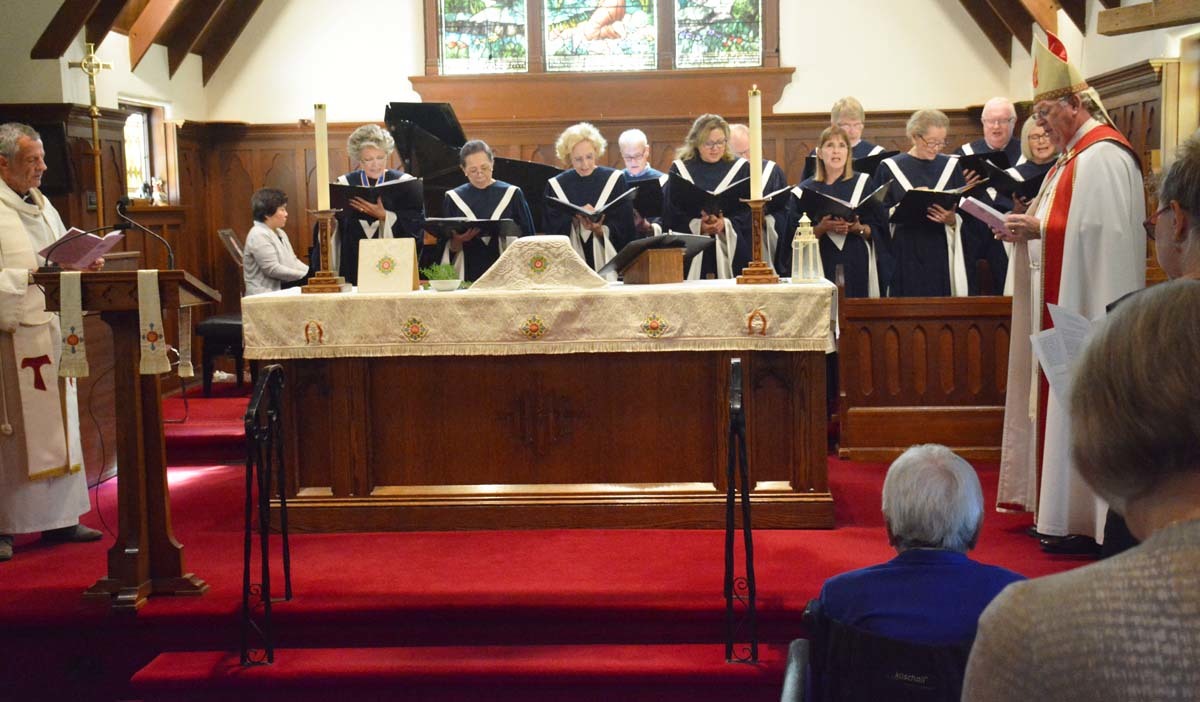 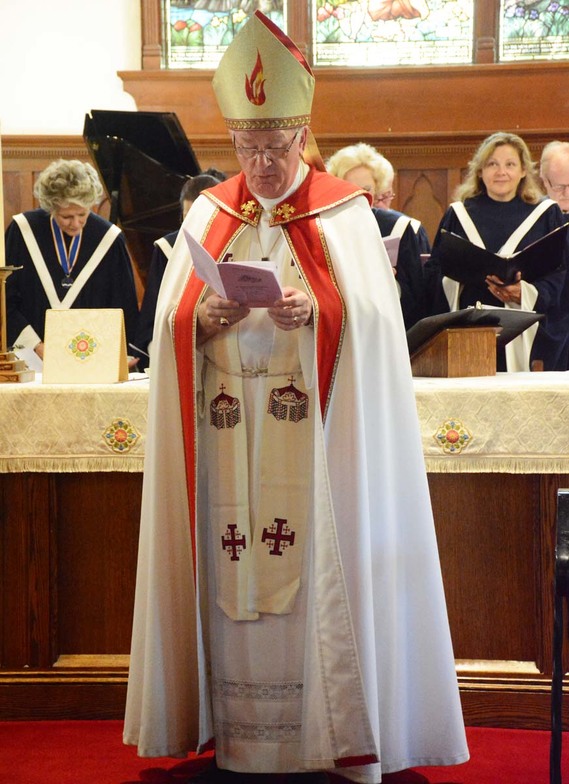 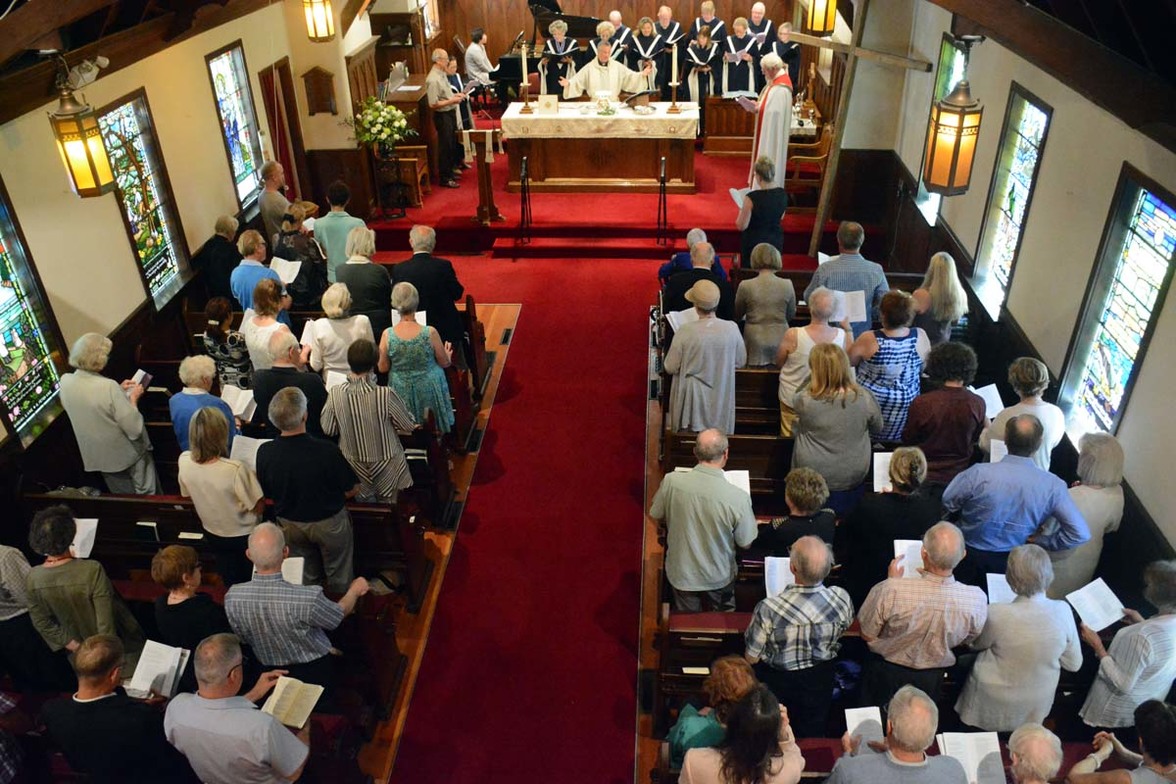 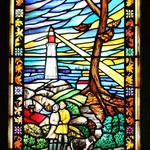 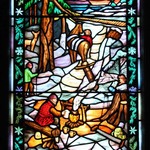 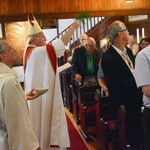 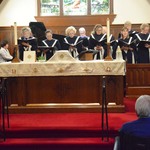 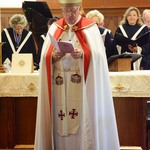 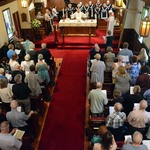 St. Francis-in-the-Wood has recently had two new stained-glass windows installed, and these were dedicated on Sunday, May 28 at the Easter VII, 10 am  Eucharist by the Rt. Rev. Michael Ingham, former Bishop of the Diocese of New Westminster, and also a former rector of St. Francis-in-the-Wood (1980-1989). The two additions complete the series of eight windows based on the "Canticle of the Creatures" composed by Francis of Assisi.  The project began about forty years ago when Rev. Robert Wild was the rector of the parish. The parish and the project leaders are extremely  satisfied with the creation and  installation of these windows and now with the dedication there is a true sense of completion manifested in the visual experience of seeing all eight windows together as a whole.

The windows, based on the Canticle, have been designed from the start by local artist and parishioner Carolyn Nicholson, who has created watercolour paintings over the years to depict eight themes from the Canticle.  These two latest windows and the other two on the north side of the church have been produced and adapted from the original watercolours by Robert McCausland Limited of Toronto.

The themes depicted in these two windows are based on the seasons of fall and winter (the other two windows on the north side of the church represent spring and summer).  For the "Fall Window," the stanza is dedicated to "Brother Wind", and the excerpt from the Canticle reads: "Praise be to Thee for Brother Wind, and for the clouds and for life-giving air."  The "Winter Window" is dedicated to "Brother Fire" and reads, "For Brother Fire let us praise, He lightens us and keeps away the cold."

The "Fall Window" has been sponsored by Rex Des Brisay who died in October 2014 and left money in his will. Rex was a much loved and longtime parishioner of St. Francis-in-the-Wood, who grew up in West Vancouver. For many years he was head of acquisitions at Vancouver Public Library.

The "Winter Window" has been sponsored by parishioner Nell Turner and her late husband Jay Turner and by their daughter Kathleen Glynn-Morris and her husband Rodney.  Kathleen, who has also been in diocesan leadership as a Member of Synod and of Diocesan Council participated in the liturgy by reading the first passage from Scripture, Acts 1: 6-14.

For completeness, the "Spring Window" reads "Praise ye the Lord, and with humility service and gain thy immortality," and depicts Francis Caulfeild (the neighbourhood where the church is located is named after this early resident) himself and his gardener Mr. Chou; the "Summer Window" depicts the earliest wedding to take place in Caufeild (in 1904 before the church was even built. There has been an Anglican Church in Caulfeild since 1927) and is dedicated to "Sister Water."

The windows on the south side depart from the seasonal theme reflecting the stanzas praising Brother Sun and All Creatures, Sister Moon and Stars, Mother Earth, and Sister Death (whom none of all Thy creatures can evade!).

Bishop Michael Ingham the retired 8th Bishop of the Diocese of New Westminster was the preacher for the Eucharist and in his homily he thanked the faith community of St. Francis-in-the-Wood for the invitation to preside at the blessing and to preach at the Eucharist. He thanked them for the 10 years that he shared with them as their rector. He spoke about St. Francis and he spoke about the windows but as this was the Sunday when the Anglican Church of Canada remembers the Diocese of Jerusalem much of his address was focused on that topic. A video of Bishop Michael’s homily is available on this news post.

Following the sermon, the Affirmation of Faith and the Intercession led by Theresa Odishaw, ODNW, the rector, Rev. Angus Stuart read the story of the composing of the “Canticle of the Creatures’ taken from the Medici Society translation of the original Italian of Francis Bernadone of Assisi (1182-1226), one of the earliest pieces of writing in vernacular Italian in existence. Then it was time for bishop and faith community to participate in the dedication and the sprinkling of Holy Water (asperges) in the vicinity of each window. When the responsory section of the dedication and asperges were completed, Bishop Michael Ingham offered the following prayer of dedication.

we give you thanks for the gift of life in all its fullness,

and we join our brother Francis delighting

in the mystery and beauty of the universe.

We give thanks for these stained glass windows,

for the generosity of those who have provided them

and the lives of those in whose memory they are given,

for the skill of those who have designed and made them,

and for their beauty in conveying to us

the light of your presence in all creation.

May they be signs and symbols for us,

lifting our eyes and our hearts to encounter you ever more

and so become bearers of your light through our lives.

The dedication was followed by the Offertory and then the Eucharist celebrated by Rev. Stuart and after worship a celebratory lunch in the parish hall.

All photos by Randy Murray except where noted.