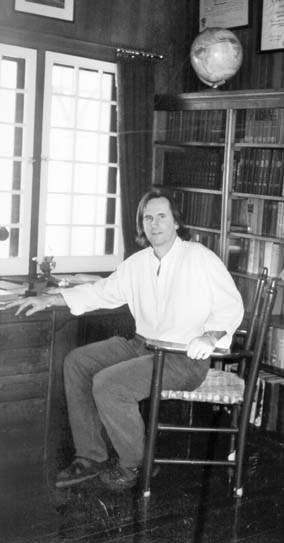 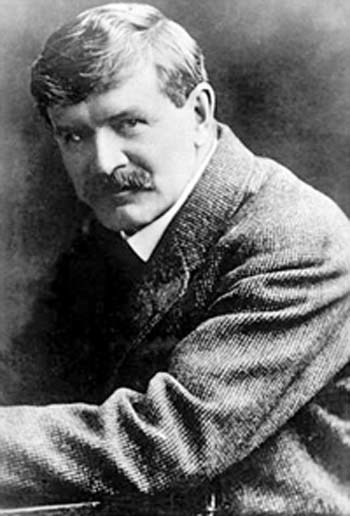 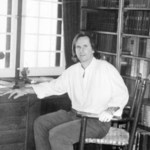 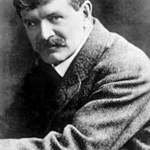 MOST Canadians know Stephen Leacock (1869-1944) as Canada's erudite court jester. But this famous Canadian, who died 60 years ago, was a committed Anglican, and many of his writings deal with the tensions between the ideal of the religious life and the reality of what it often becomes. Laughter did, indeed, hold both its sides when Leacock wrote and read his many short stories. Sunshine Sketches of a Little Town (1912) and Arcadian Adventures with the Idle Rich (1914) are masterpieces in the Canadian literary tradition.

But most Canadians do not know that Leacock taught in the political economy department at McGill most of his adult life (1900-1936), and his best selling book was The Elements of Political Science (1906). In fact, Leacock was better known as an astute political economist before he became the leading humourist in Canada, and, throughout his life, he held the two vocations in tension.

Leacock is buried in the graveyard at St. George's Anglican parish at Sibbald Point in Ontario. Many of his writings deal with major religious themes, and show a full and expansive humanist Christian vision of faith and society.

Leacock was a master of parody and gentle satire, and he never flinched from applying this genre to religious themes. Leacock saw only too clearly the chasm between the vision of what could be and the reality of often what is, but he was never, as some are, vindictive, angry or bitter about the imperfections of life. In fact, he had a gracious and generous tendency to be kind to one and all who lived with such a perennial dilemma.

It is impossible to miss Leacock's probing religious insights in both Sunshine Sketches and Arcadian Adventures. In fact, these two missives are laden and thick with religious themes. The Anglican tradition is held up to careful scrutiny and often found wanting, but it is a tradition that Leacock held near and dear. Leacock could and would mock the Anglican way, because he cared for and cherished it so deeply. He was, in short, loyal to the great tradition yet ever critical of its inconsistencies and failings.

Leacock was a conservative, a High Tory of an older way. If he were alive today, he would be quite at odds with what goes on in the name of `conservatism'. He had a deep respect for the state, and he thought that the state had a crucial role to play (with society) in bringing about justice in Canada and the larger international scene.

The last year of Leacock's life, he wrote four books. While There Is Time: The Case Against Social Catastrophe (1944) made it clear where Leacock placed his hopes.

He turned to the Beatitudes as interpreted and applied by the Archbishop of Canterbury as his north star. Last Leaves, another final book by Leacock, has a fine essay on Izaak Walton, and what the metaphor of fishing can teach us about the contemplative way.

The publication of Canada: Profiles of Faith (2001) was greeted with much enthusiasm. this book included many women and men of faith in Canada who lived their lives with much integrity. They were described with insight and sensitivity. It was somewhat amiss of the editors, though, to ignore Leacock, a man who in his time was, in broadcaster and author Don Harron's words, "more famous than Canada."

We often, as Canadians and Anglicans, are unaware of the motherlode of our rich and varied tradition. The less we take the time to hear and heed those who have gone before us, the more our vision will shrink and lessen. Perhaps if another book of profiles of faithful Canadians is ever written Stephen Leacock will be included in it.

It is probably right and fitting to finish this with a comment by another Anglican who deeply admired Stephen Leacock. Robertson Davies once said, `A great countryman of ours: a man to thank God for'.