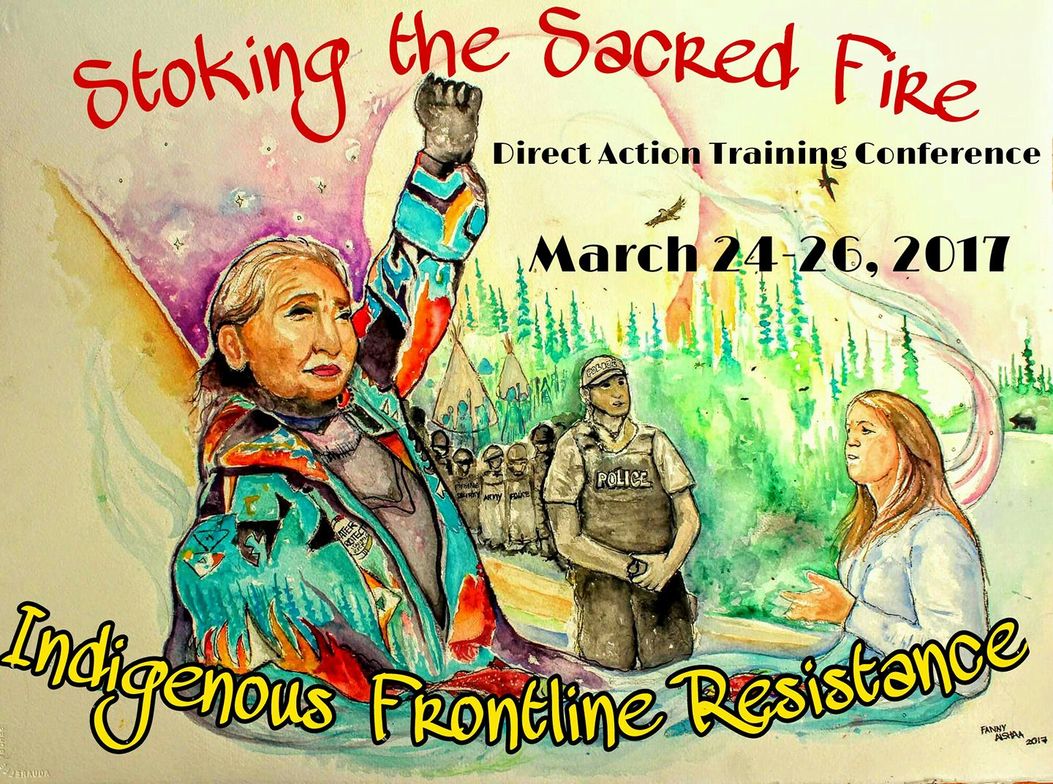 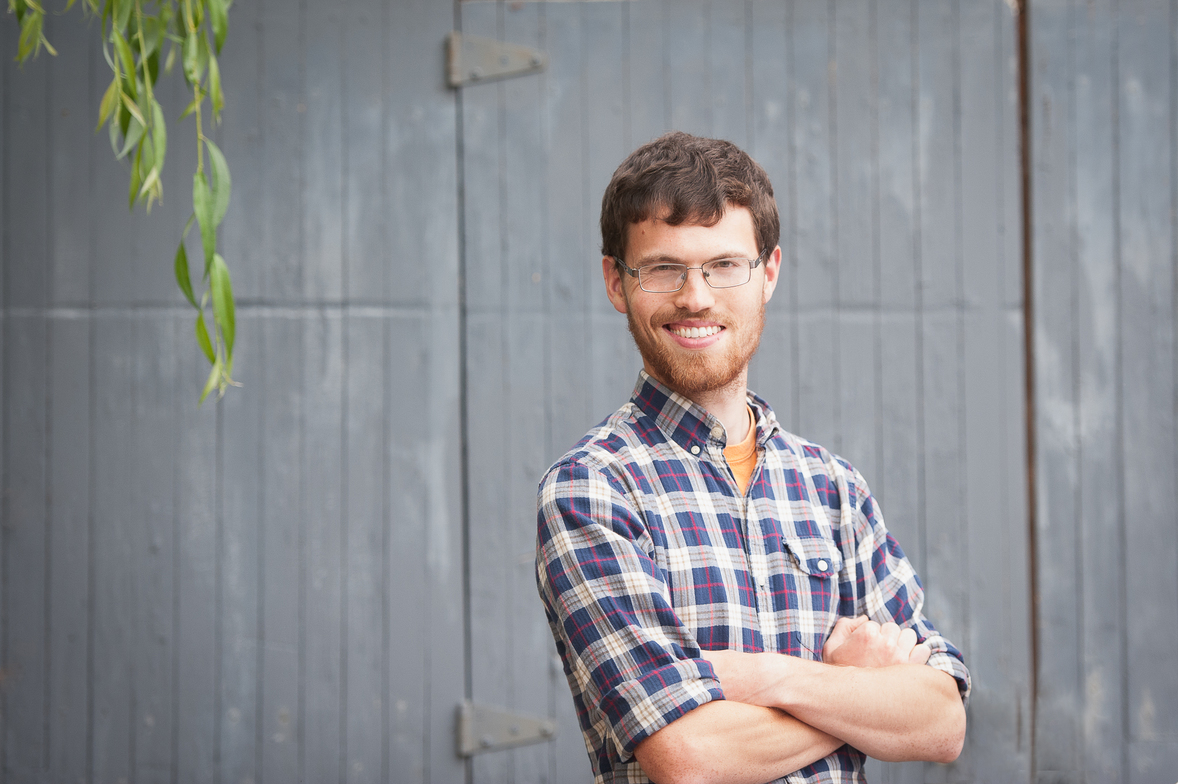 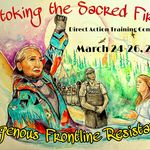 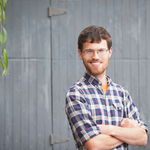 Sometimes you have no other choice than to stand.

In a way, they seemed like such mundane words. No elaborate imagery. No eloquent vocabulary. Nothing that probably hadn’t been said by someone else, somewhere else. And yet, her words were powerful. There was authority here, vast depth and meaning charging every phrase, however simple.

I was listening to LaDonna Brave Bull Allard, a member of the Standing Rock Sioux, from the Inhunktonwan, Hunkpapa, and Blackfoot peoples. When the Dakota Access pipeline was re-routed from its original course through a predominantly white settler town and instead cut across territory and water held by the Standing Rock nation, including the land in which Ladonna’s son was buried, she knew she could not remain silent. A year after she and a few others established the Sacred Stone camp in resistance to the DAPL, she still identifies, not as an activist first and foremost, but as a grandma.

I was in a lecture room in the SFU Harbour Centre. I was attending the opening event of “Stoking the Sacred Fire,” a weekend-long gathering of Indigenous land defenders and their supporters, dedicated to building a more unified network among diverse but similar struggles. Before the event started, so many people had kept filing in, sitting in the aisles, standing along the back, that the organizers were forced to secure another room, to which they broadcast a live feed of the evening’s speakers. After being welcomed to the territory by members of the Musqueam and Tsleil-Waututh nations, now we were watching LaDonna speak through FaceTime from her home in North Dakota.

She shared passionately about her people’s continued commitment to defending their land, about the trauma and police violence they have endured. She spoke about the necessity of healing, of learning to live well with the earth and with one another. And she spoke, in almost the same breath, of the need for prayer and for non-violent direct action. “I know that prayer is powerful. I know that non-violent direct action is powerful.”

I’ve been a Christian most of my life. I grew up with the passages in the Bible about prayer: how the prayer of the righteous “availeth much”, how we’re called to pray without ceasing, in Jesus’ name, believing we will have what we ask for. More recently, I’ve been learning, too, how prayer goes far deeper than words. It’s a way of being, a posture of openness and connectedness, a binding of oneself to the universe through loving intention.

Yet when I hear LaDonna speak, I wonder: do I really know how to pray?

Confronted by corporate greed, state repression, media misrepresentation and silence, and the underlying violence of colonialism and racism, the first thing, the most important thing Indigenous peoples at Standing Rock have chosen to do?

Pray. It’s mind-boggling. Or maybe it isn’t? Maybe these land defenders understand better than we do why the ancient Hebrews turned to psalm and prayer as exiles, displaced from land they had been bound to by centuries of ritual and sacred story. Maybe they, too, understand what a certain Palestinian Jew meant when he declared that prayer with faith could move a mountain – and not just any mountain, but the one upon which rested the economic, religious, and political powers of his day. Maybe they know how prayer, that choice to be connected, is the only possible way out from a system that runs on the disintegration of ties between people and each other, people and their ancestors, people and the land.

It’s not just land defenders at Standing Rock, either. After LaDonna, Freda Huson from the Unis’tot’en clan of the Wet’suwet’en Nation shared about their efforts to build a site for Indigenous people, particularly youth, to rediscover their culture, while at the same time resisting the Coastal Gas Link pipeline and a number of other pipeline projects slated to run across their territory. “If we heal the people, then we’ll heal the land,” she said. Richard Wright from the House of Luutkudziiwus of the Gitxsan Nation talked about stopping Petronas’ gas pipelines at Madii Lii camp, while transitioning from dependency on the Canadian government to a renewed interdependence with their land and with one another. Brandon Gabriel from the nearby Kwantlen Nation provided a sobering history of the Lower Mainland’s “development” through clear-cut forests, dredged and polluted rivers, and his people’s experience of smallpox and marginalization, then shared a vision for bringing young people out on the land again to reclaim their identity and culture.

Prayer and protest. Healing and resistance. As themes, they were inescapable, like the Sacred Fire whose coals, one chief spoke the next day, would unite and ignite all their struggles. These are the themes that ignite our own story, where ordinary people and prophets braved lions, giants, flames, prison, and yes, even the cross, to show us the way forward to a world of wholeness, vitality, and dignity for all.

by Jason Wood, Jason is an urban organic gardener in the Downtown Eastside, Coast Salish Territory. He is a member of Salal + Cedar watershed discipleship ministry, St. Brigid's community and the Christian environmental group Earthkeepers. Jason and members of several denominations, faith communities and organizations (United Church, Quakers, KAIROS, Streams of Justice) made people of faith a significant minority at this event organized by Indigenous land defenders.