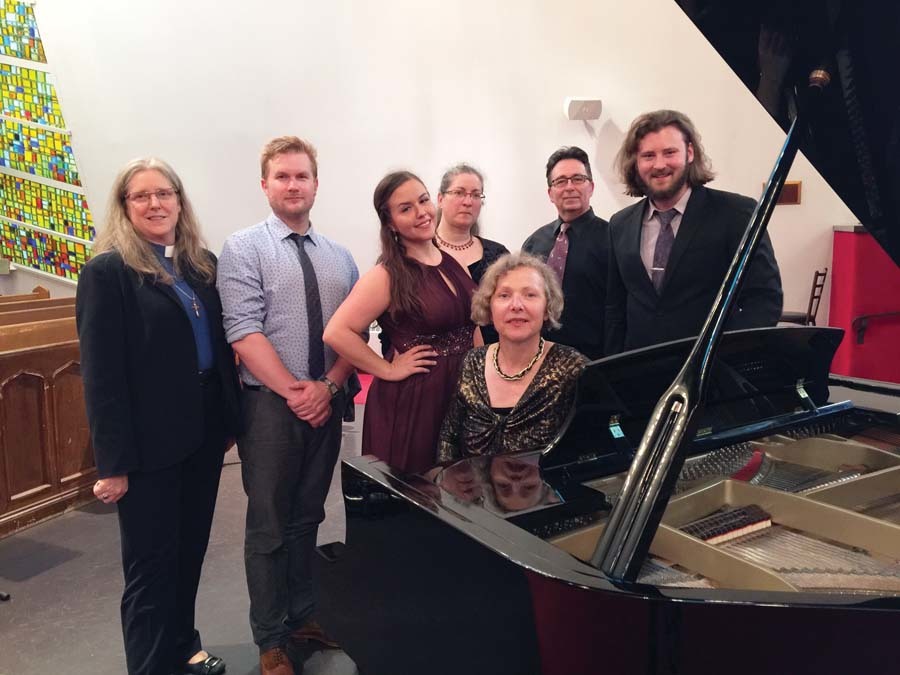 With the inspiration of the Reverend Roberta Fraser, interim priest-in-charge at St. Stephens, and the musical and organizational skills of Dr. Annabelle Paetsch, St. Stephen’s fundraiser for their Syrian refugees took place on Sunday, June 19th. The theme, Summer Serenade, focused the musicians on their choices of music. The program began with a brightly cheerful “Concert Sonata” by Philip Telemann performed on the piccolo trumpet by Kyle Axford who was backed up by Edgar Bridwell (violin), Anne Duranceau (double bass) and Annabelle Paetsch (organ). Paetsch is the music director at St. Christopher’s West Vancouver, and has a history of performances behind her with these musicians.

The theme changed with the next offering of the opening duet from “The Marriage of Figaro” by baritone Jason Cook and soprano Robin Eder-Warren. The humour of this Interchange was obvious even though the duet was sung in Italian, as both performers had enviable acting skills as well as resonant and well-articulated vocal talents. They were accompanied by the instrumental trio.

The third number presented a complete shift of mood with two very dark and heavily rhythmical tangos by Piazzolla featuring Bridwell on violin and Paetsch on piano, with Duranceau providing the pulse on double bass.

The season itself was honoured by Eder-Warren singing Gershwin’s “Summertime”, and Paetsch performing an amazing piano composition by Liszt that described water: “Legende No.2: St. Francis walking on the water”. Kyle Axford finished with Goedicke’s Concert Etude on trumpet, accompanied by Paetsch.

Jason Cook enraptured the audience with two popular numbers, “My Way” and “The Impossible Dream”, then drew the entire group together to perform with Eder-Warren “All I Ask of You” from “The Phantom of the Opera”.

The concert was sponsored by Ian Whitelaw in memory of his wife, Ruth Whitelaw, and all proceeds went to support St. Stephen’s refugee sponsorship fund.

Find A Church
Sea to Sky