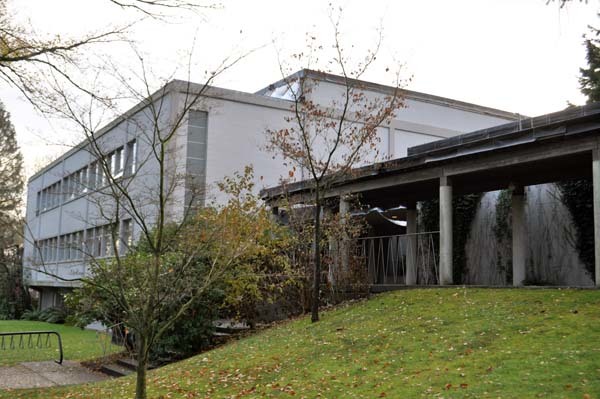 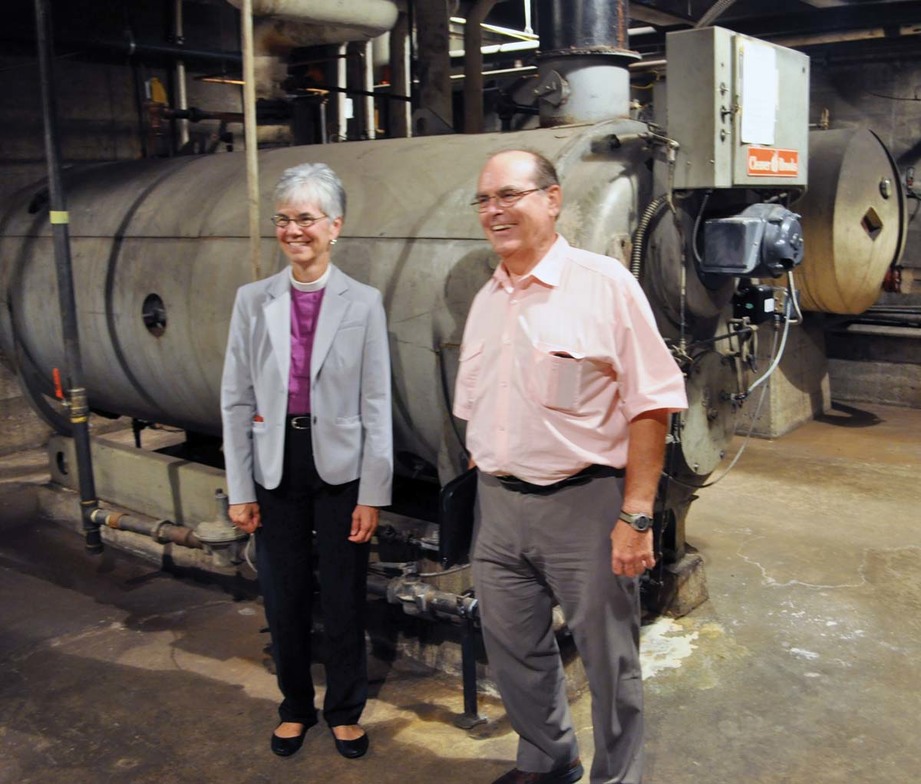 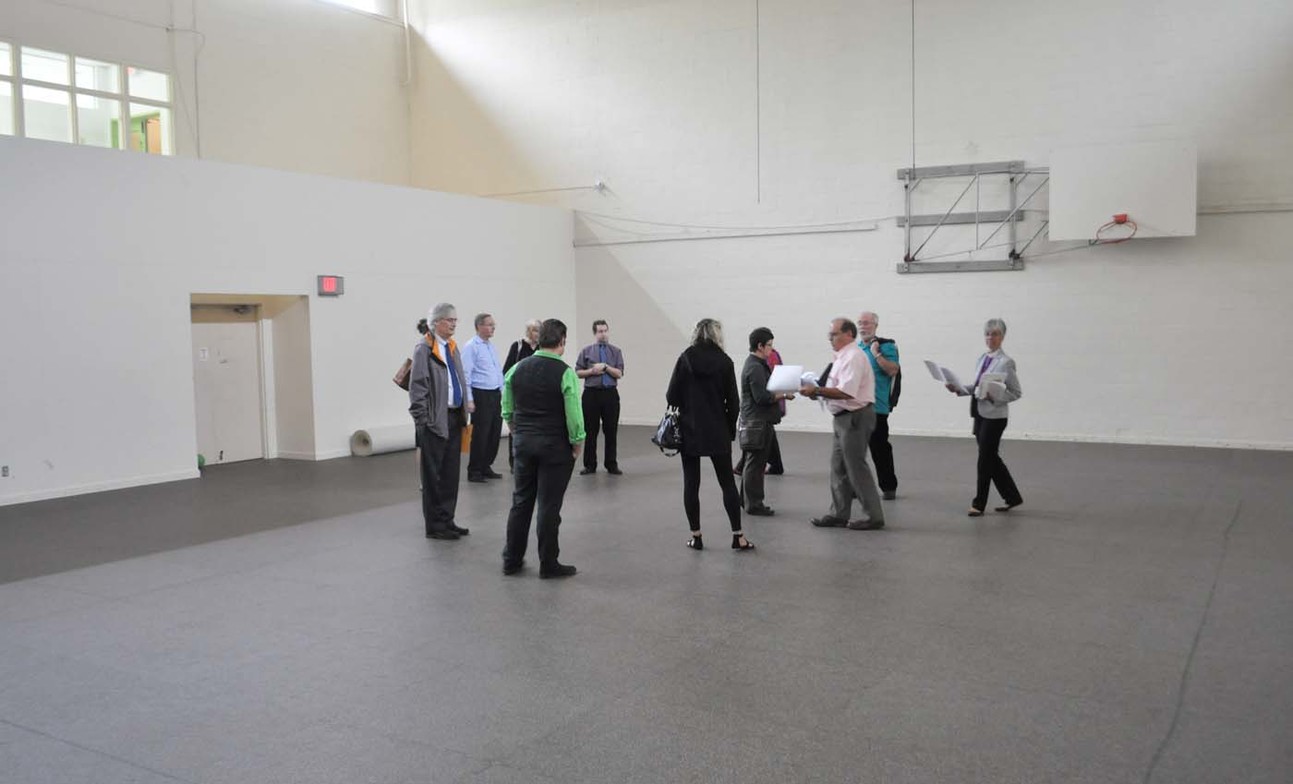 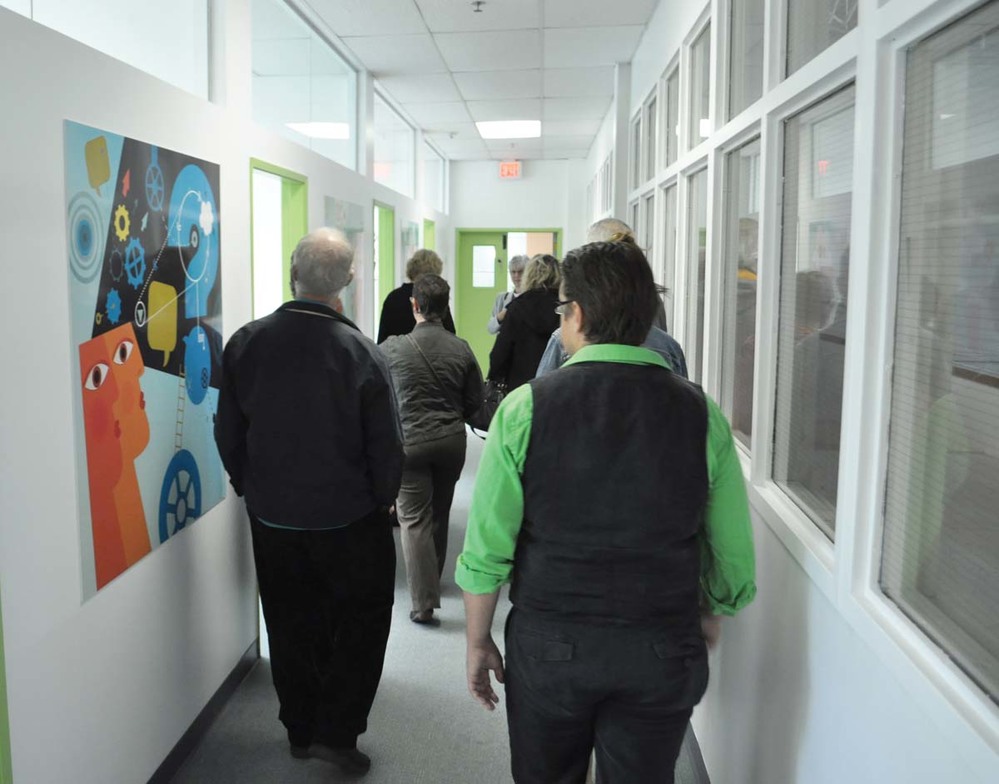 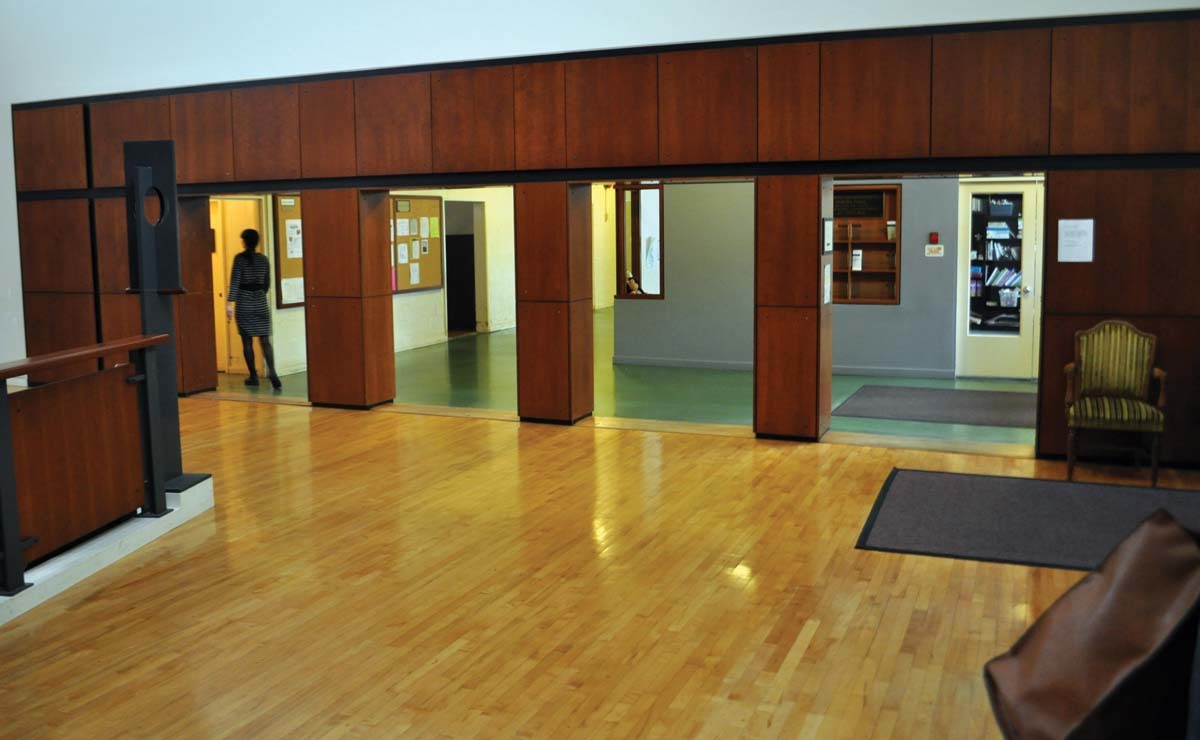 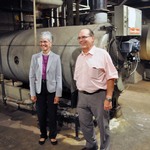 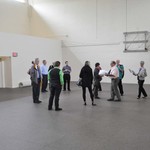 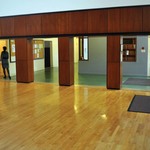 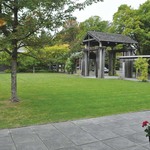 The Synod Office of the Diocese of New Westminster has long been situated in downtown Vancouver and for the past 18 years the office has been located in Suite #580--401 West Georgia Street.  In 2015 that will change.

The impetus for finding a new location for the Synod Office came from a variety of factors:

Prior to the sale of the Vancouver School of Theology Iona Building, diocesan leadership had been actively involved in developing a process for exploring a new location for the Synod Office.  During 2013 and 2014 the subject was regularly on the agenda of Diocesan Council during In Camera sessions and on the agenda of the Standing Committee that provided oversight for business and property issues. Throughout 2013, various resolutions were brought before Diocesan Council granting authority and funding for diocesan leadership to search for alternative locations. A Task Force led by Mr. Bob Hardy, Diocesan Treasurer, including some members of Diocesan Council and assisted by the Business Administrator and the Executive Archdeacon, investigated options around the lower mainland and presented their findings to Council.  Several locations were examined but Council determined them to be unsuitable for a variety of reasons.

One of the proposals was to enter into a lease agreement with the Parish of St. John’s, Shaughnessy. This would involve converting the lower floor of the large administration building, located east of the Church, into office and meeting space for the Diocese. There was support on the part of St John’s, Shaughnessy leadership and this led to exploratory negotiations for information purposes.

In January 2014, with the need to move the Diocesan Archives by March of 2015 now a reality, the St. John’s, Shaughnessy option became very attractive. The Diocese proposed taking over the entire administration building. The Parish was amenable to this concept which would provide for the conversion of a portion of the lower level of the aforementioned building into space for the Diocesan Archives and the Archives of the Ecclesiastical Province of BC and Yukon and diocesan office and meeting space on the main floor.  The expense of the improvements would be met by the Diocese with the Ecclesiastical Province of BC and Yukon contributing to the Archives renovation. The Parish agreed to cover the costs of the renovations to the building that pertained to the core functionality of the building.

The motion to pursue this arrangement and to move ahead with hiring consultants to draft preliminary design ideas was approved by Diocesan Council in January 2014.  As one of her first acts, Bishop Skelton gave her assent to move forward with the project at the March 11th, 2014, meeting of Diocesan Council.

The long, detailed, consultative development of building plans and preparation of a budget for the proposed work, particularly the complicated design needs of the archival storage, was begun in February 2014 and completed over the summer.

With the budget in place a recommendation by the Management, Finance and Property Standing Committee to Diocesan Council was made and approved in September 2014.  Tenders were let to six firms and three were received. The next step was to secure the necessary building permits from the City of Vancouver for the installation of archival storage on the lower floor and for the office renovation and installation on the main floor.  The building permits were approved by the City in November 2014.  At the same time a successful bid submitted by Alfred Horie Construction Co. Ltd. was also accepted by the Management, Finance and Property Standing Committee to begin work on the renovations.

The Archives must move out of the current location by March 2015 and the lower level area with a newly constructed structure, storage and shelving will need to be completed in time to accept the archival material. The projected date for the relocation of the Synod Office is approximately the end of April 2015.

The Parish of St. John’s will be responsible for updating and upgrading various structures and systems in their buildings. One of the major pieces of work to be done is the conversion of the antiquated heating system to a modern boiler system. The existing boiler was customized for that space and constructed in the 1950’s. That system is very inefficient by today’s standards and new and efficient boilers will replace the old system.  The Parish will cover the cost of removal of the hazardous materials in the building. A major staircase that goes between the main floor and the lower floor will be removed and the floor restored.  The Parish has also installed a new roof over the entire complex.

The new Diocesan Office will accommodate existing Synod staff requirements with room for growth and change. There will be meeting rooms available to welcome the various committees and structures of the diocese large and small and these venues will also be appropriate for study and research. A large classroom/training facility will also serve as a meeting room occupying the former gymnasium. The existing Trendell Lounge will be shared with the Parish for its fellowship time and receptions. Community user groups will be sought for the unused lower floor and the third floor with this income contributing to offsetting costs to the Diocese.

The Business Administrator for the Diocese of New Westminster, Rob Dickson had this to say regarding the key components of the renovation project:

‘This project is a good use of Diocesan resources now and for the future as the Special Synod imagined. It will benefit the Diocese as a whole, the Archives and the Parish by employing an under-utilized asset of the Parish and the Diocese’.

This move accomplishes the diocesan need for a gathering space, not only for governance, but for education, formation and worship. The location is easily accessible by transit and there is ample parking available. Instead of paying tens of thousands of dollars in rent annually to a third-party the money used for the renovations and rent is an investment in our diocese.

Concurrent with the establishment of the Synod Office at this location, a process will be developed to use both existing and new technologies to facilitate meetings at other locations around the Diocese.  There will no longer be the necessity for people to travel long distances by car for meetings and smaller gatherings for Christian formation and parish development.

Please visit the diocesan website www.vancouver.anglican.ca for future updates on the construction and the move. More detailed information on the design and structure of the Archives and Diocesan Offices will be published in a future issue of Topic.