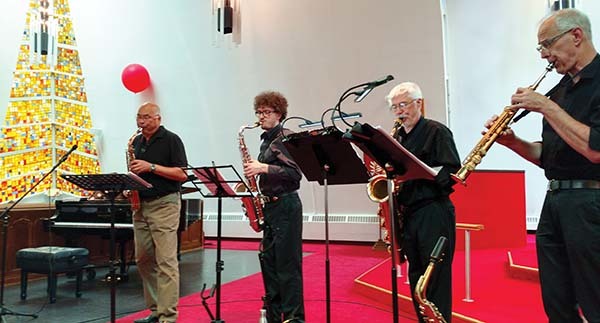 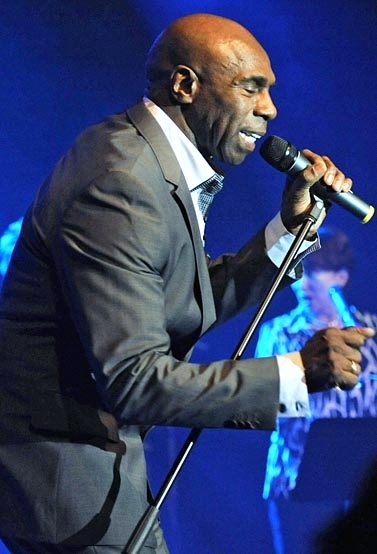 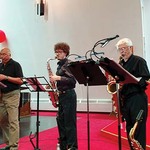 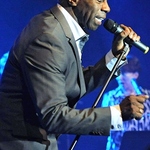 In a rare alignment of liturgical and secular calendars, Pentecost 2018 fell on May 20, the Sunday of the Victoria Day long weekend; the birth of the church and the unofficial first weekend of summer presented an opportunity for heightened celebration. At St. Stephen's, West Vancouver, red helium balloons decorated the sanctuary, and guest clergy Canon Donald Lawton (visiting from Squamish) incorporated actual bubble-blowing and references to kite flying into his children's sermon as examples of joyful, unpredictable beauty created by the harnessing of wind/breath: analogies for the creative spontaneity of the Spirit.

Pentecost 2018 also marked the first anniversary of the newly recreated St Stephen's church choir, which together with flutist Nancy Riecken demonstrated the joyful, sometimes unpredictable musical beauty that can be created by human breath. Directed by Minister of Music, Dr. Annabelle Paetsch, the choir is a tangible reminder every week of the power and grace of the Holy Spirit blowing where it will at St. Stephen's, as are the organ voluntaries and hymns played on the Casavant pipe organ (also a wind instrument).

As if that were not enough "wind energy" for one day, 50 people attended a concert that afternoon entitled Tangos and All That Jazz, featuring Saxalamode, a saxophone quartet based in Vancouver. Here was harnessed wind power at its finest: four men blowing into brass instruments of different sizes (soprano, alto, tenor and baritone saxophones) which amplify and colour the sound produced by the buzzing of a reed into a homogenous, beautifully blended and balanced quartet texture. The tonal refinement and masterful capability of the individual players--Victor Guy, Riley Johnson, Greg Oryall and Lawrence Woodall--was clearly evident, yet always in the service of the music and the ensemble. As a result, the audience was thrilled by a high level of musical teamwork and a stylistic variety of sound reflecting the range of the program itself: from jazz standards (Take the 'A' Train, All the Things You Are) to Piazzolla's "Four Seasons" and tangos to Glenn Miller big-band style arrangements, with a sprinkling of sacred music (a lush and soulful rendition of "Amazing Grace" as well as Schubert's Ave Maria). As a bonus, Annabelle Paetsch sat in with the group on two numbers, providing a jazz piano backing for "All the Things You Are" and a sensitive classical accompaniment for the instrumental Ave Maria.

At the end of the concert, the rector of St Stephen's, Canon Jonathan Lloyd, thanked Saxalamode for a wonderful afternoon of music and noted that it was particularly appropriate to have continued the celebration of Pentecost through the music of wind instruments. All funds raised after expenses will go toward the St Stephen's music development fund.

The tone of jazz classics was set by Don Stewart singing the “Show Boat” favorite, “Old Man River”. Readings and prayers followed the theme of light and love, inspired by the homily preached in the recent marriage of Prince Harry and Meghan Markle. Jazz Vespers coordinator, Peter Vanderhorst then led the congregation in a spirited singing of the revival song, “Kum Ba Yah’. Several other jazz classics followed including “Stella by Starlight”, “Sunny”, and “Amazing Grace”.

The service ended with a reminder to  attend the last Jazz Vespers of the spring season: “Tom Arntzen and Friends” on June 24th.