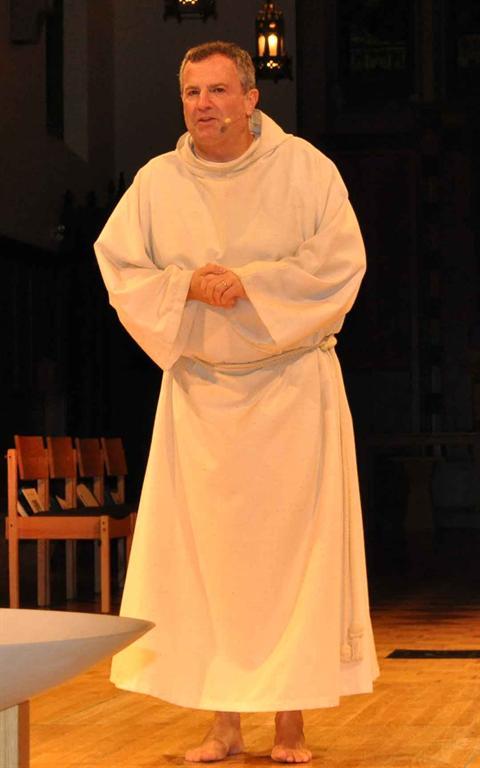 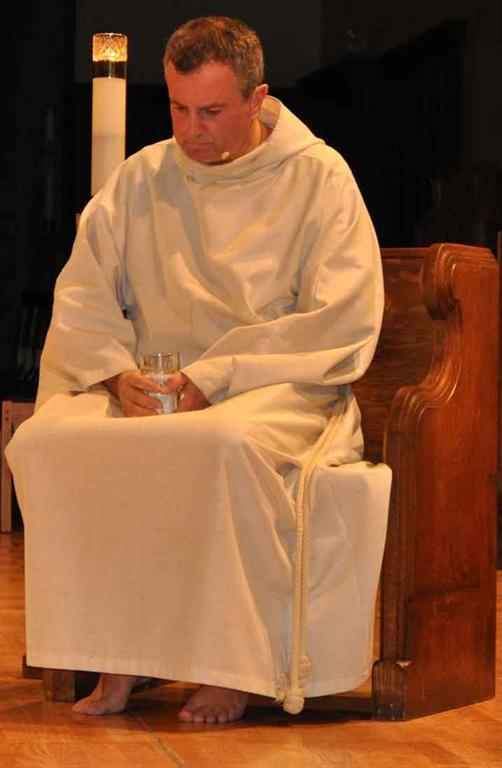 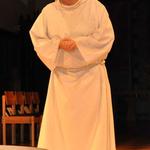 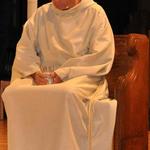 Of the four synoptic gospels, the Gospel according to Mark is the shortest and the most concise. According to scholars it is also the least polished of the four. The Greek text is not of very high literary quality when compared with say, John’s Gospel. We are so used to hearing the Bible read to us during worship or Bible study in manageable chunks often followed by some teaching or discussion. To hear an entire book of the Bible in one sitting is a very strange experience particularly for the regular churchgoer or should I say “this” regular churchgoer.
I shared this experience with 70+ people Friday evening, February 18th at Christ Church Cathedral.
The Reverend Angus Stuart, Incumbent , St. Francis-in-the-Wood, West Vancouver has been reciting the Passion Gospel from Matthew, Mark or Luke on Palm Sunday each year since 2007.
In 2009, after reciting the Passion from Mark on Palm Sunday, Angus decided he would graduate to the next stage, by learning Mark’s Gospel in its entirety.
He remembered that his father had told him that an English actor had done this years before. (The actor was Alex McCowen who was nominated for a Tony Award for his solo performance of “St. Mark’s Gospel” which debuted on Broadway in 1978 with a reprise run also on Broadway in 1981. McCowen’s dramatic recitation of the gospel was the King James’ version).
Angus chose to memorize the New Revised Standard Version of the text for his recitation.

As I listened to the words I was struck by the fact that although Mark’s Gospel is acknowledged to be the simplest telling of Jesus’ story, it is still a mysterious and somewhat disjointed narrative.
However, listening to someone recite the text makes one keenly aware of the level of iconic content. In a way, it’s like listening to a Beatles tribute band. Most of us have heard these songs all our lives but through the decades we’ve lost the context. They meant a great deal more when they were written and recorded in the atmosphere of the 1960’s. They definitely sustain as art and history but lack relevance, and sound a bit old-fashioned, but in a good way. When you hear many Beatles songs at one sitting encapsulating their career the effect is very powerful.
This is much the case with Mark’s Gospel when you hear it spoken in performance by someone who thoroughly understands all the words he is saying. Understanding the words and also having knowledge of centuries of discussion around the sub-text of those words equips Angus with a powerful communications gift.
In Mark’s Gospel the events of Jesus’ life and his memorable teachings move quickly along.
During Act II I began to feel overwhelmed as I listened to Jesus’ theology compressed into two hours and I realized more clearly why I could never be a bible literalist.
This performance of Testament of a Naked Man – Good News According to Mark was a fundraiser for the Rev. Emilie Smith’s Guatemala Mission. The two-year Guatemala Mission project costs $55,000. Emilie’s work has been very successful and it is hoped that her mission can be extended beyond the two years. Money raised from ticket sales and donations from this performance will go towards this.
For more information visit the Guatemala Mission blogsite.
Hopefully, Angus will agree to perform this remarkable piece around the diocese and beyond and provide more opportunities for audiences to enjoy this extraordinary experience. Stay tuned!
Images: Above -  Angus sits and prepares for Act II. Below - Angus acknowledges the appreciation of the audience