The Gospel of Jesus Christ is not about hate of any kind;

it is about the way of love 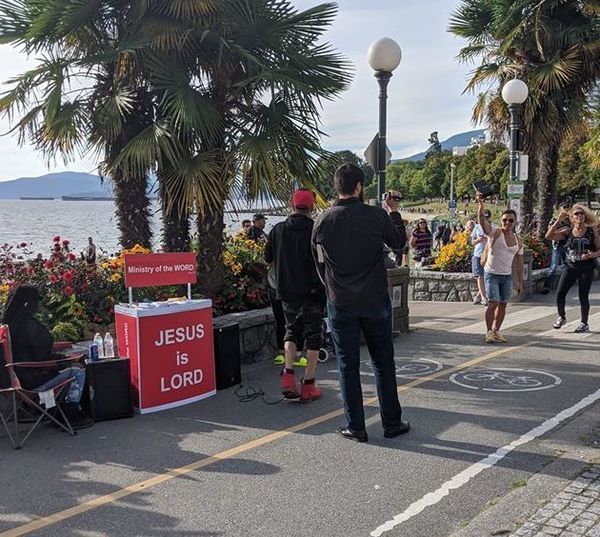 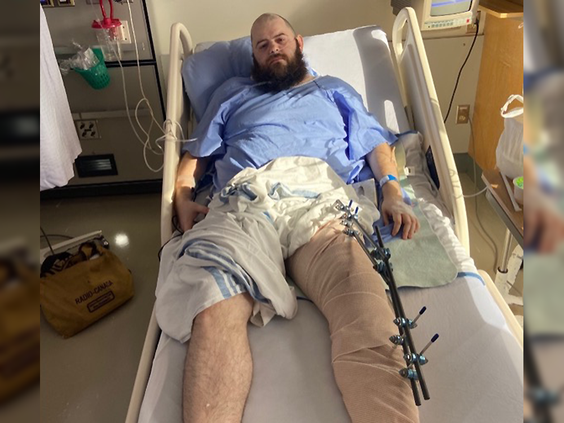 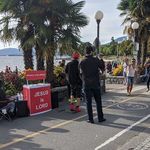 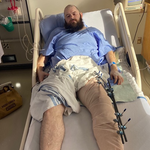 "The story of Justin Morrissete is a reminder that challenging anti-gay hate speech is the responsibility of all of us, and can come at a cost. This kind of speech, for me, is especially important to challenge when people use religion to legitimate such speech. The Gospel of Jesus Christ is not about hate of any kind; it is about the way of love."

On the evening of Sunday, August 23, 2020, sportscaster and West End resident, Justin Morissette had had enough of the amplified monologue performed by street preacher Dorre Love on Davie Street. Justin reported that he went up and grabbed the microphone away resulting in a struggle, and a takedown engineered by Love and another street preacher on the scene that resulted in Morissette suffering a badly broken left leg.

In the Vancouver media this incident has been widely documented and discussed. Inspired by requests from Anglicans in our diocese, diocesan communications is supplying some links to some of the coverage, including information about supporting a Crowdfunding Campaign established by Morissette’s brother to aid him during what will likely be a long and painful recovery.

The two street preachers are currently under investigation so this matter is not resolved.

There is our right as Canadians to gather and to express our opinions and this must always be considered.  However, lawyer and West End Disco Task Force (the West End Disco Task Force is a group that sets up adjacent to this particular group of street preachers and offers music and dancing as a form of peaceful protest to the preacher’s messages) member, Dan Snyder was a guest on CBC Radio One’s Early Edition with Stephen Quinn on the morning of Monday, August 24 and he had this to say:

“It is (the message of the street preachers) essentially saying that the LGBTQ community is some how lesser - - or broken, or needing special redemption. And it’s quite inflammatory and not only are they saying this but they are saying it at quite a loud volume through speakers and amplification. And I think that’s where we especially have a problem. We know that people have the Charter of Rights, freedom of expression and freedom of religion, but at the same time this has to be balanced against the community’s interests, being a peaceful community.  And in my mind (and it’s just my personal opinion) the City could be enforcing its noise bylaw more effectively here. And, yes, they do have a right to express themselves but it doesn’t have to be amplified through loudspeakers.”

Here is a link to the full segment.

These street preachers have made their presence known throughout the West End during the Summer of 2020 and their antics have been well documented by Facebook groups associated with the West End neighbourhood, i.e., The Westenders private group and the Facebook page for The West End Journal, Vancouver's community news source for all things west of Burrard Street. Please follow the link to view their posts.

Here is a link to the gofundme page organized by Kevin Morissette.

When asked for comment, the Reverend Philip Cochrane, Rector of St. Paul's Anglican Church located near Jervis and Davie in the West End shared these words:

"At St Paul's we work hard to help members of the 2SLGBTQ+ reconcile faith with their sexuality and/or identity. This 'street preaching' flies in the face of our understanding of the Bible and God - both in terms of content and how that message is imposed on others. We have a better gospel to proclaim which centres on God's love. We are grateful for allies like Justin who have taken a stand....and want to work with others to challenge hate and prejudice in all its forms."

Diocesan Communications posted a number of links the morning of August 25 including to this post on The West End Journal Facebook page and this was what Christ Church Cathedral Deacon, the Reverend Alisdair Smith posted in the comments section:

I wonder about taking a page from Martin Luther King... what if a bunch of us went to that corner and simply stood, with our backs to them, blocking their view. Say 1 - 2 meters in front of them backs to them, and stood in silence. Some fellow clergy people in collars included? Or how about simply walking by and taking no notice at all, just ignoring them. Think of (sadly) how many of us walk by people who live on the street, completely ignoring them. Let’s do the same to these sad people. Other thoughts? How to resist peacefully?