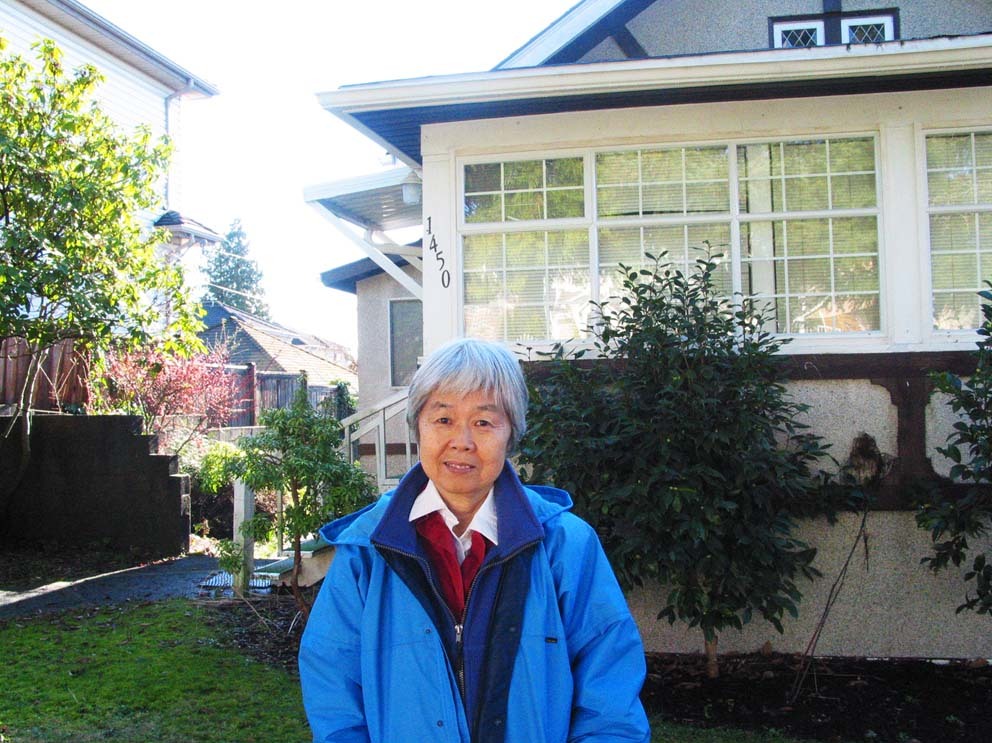 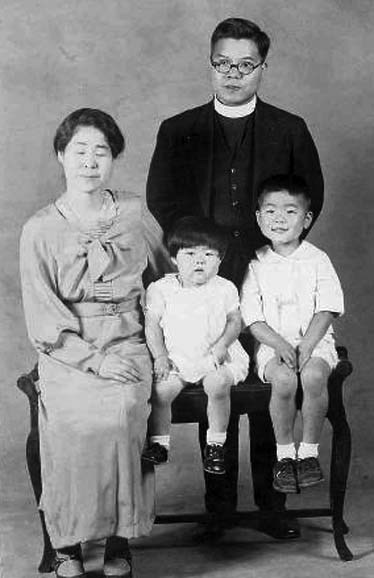 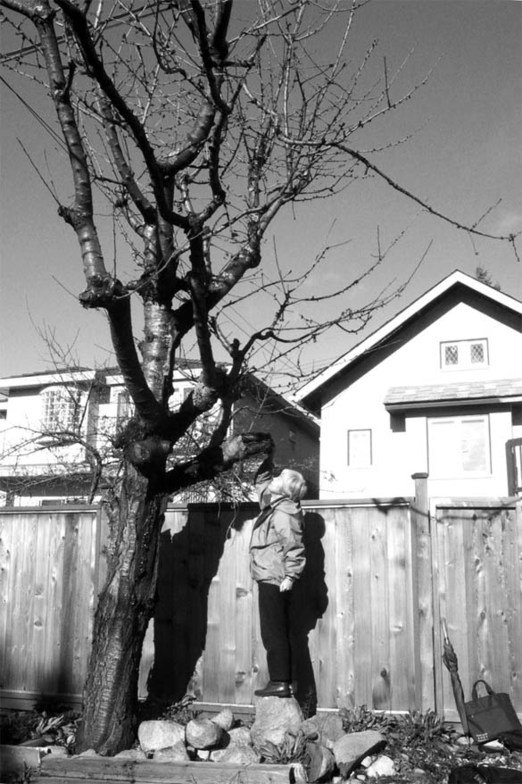 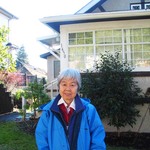 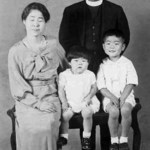 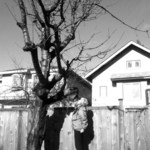 There’s an old cherry tree at the back of 1450 West 64th Avenue in the Marpole area of Vancouver that’s not in very good shape. There are only a few healthy shoots branching out high in the air.

Joy Kogawa remembers the tree when it was much younger, 64 years ago, and she was too. She was six years old and could cling upside down from a branch near the ground.

Probably in the 1930s the tree was planted way in the back of the garden, near the laneway. Besides age, one reason it’s not doing well is a that new fence has been built recently that shut it out of the yard, into the lane.

Kogawa and her family were shut out of their house in 1942. That was the year of the infamous forced relocation of all people of Japanese ancestry from Vancouver, and confiscation of their property.

That was despite young Joy and her brother Tim having been born in Canada, and their parents being loyal Canadians – and Anglicans.

Gordon Nakayama had come from Kyoto to Vancouver in 1919 and converted to Christianity while listening to Father Wilberforce Cooper of St. James one Good Friday. He entered the Anglican Theological College and was ordained a priest in 1932.

Her mother, Lois Yao, had later come from Japan to work at the Church of the Ascension, the church that the Japanese Anglicans were very proud of, for they had built it themselves.

Joy Kogawa’s semi-autobiographical novel Obasan, which came out in 1981, the story of what her family went through during and after the war years, was influential in the drive to have the federal government apologize for what it did during the war years to over 20,000 people. That apology and some compensation came in 1988.

The Anglican Church’s record during those years is mixed. Many Anglicans assisted and cared for their fellow Christians and those of other faiths during the internment at Hastings Park (the PNE grounds) and later in camps in the interior of British Columbia at New Denver, Kaslo, Tashme, Roseberry, Slocan City, Lemon Creek, Sandon, and Greenwood.

Grace Tucker was one of several Anglican workers who went with the internees and lived and worked with them. Joy Kogawa’s father Gordon ministered to people in the camps and later in southern Alberta where many resettled. Another heroine was Margaret Foster.

On the other hand, while the Japanese were away, the Diocese of New Westminster apparently disposed of the Japanese congregation’s Church of the Ascension.

Tim Nakayama, who like his father became an Anglican priest, reports that not until 1955 did he learn what happened to the church. He was told by an official in the diocesan office that Ascension had been “relinquished.”

“This was a new word for my vocabulary,” wrote the Rev. Nakayama in an email, who has retired in Seattle after serving a Japanese American parish there for 25 years. “I only understood the full import of that term after I looked up the word in my dictionary, and discovered it meant ‘sold.’”

A search of available records in the Diocesan Archives has failed to find any record of what happened to the Church of the Ascension at Third Avenue and Pine Street in Kitsilano.

“It must have been decided that our removal from along the Western Coastal 100-mile zone would be permanent, because while we were in ‘camp,’ all our property was sold by the government’s ‘Custodian of Enemy Alien Property,’” Nakayama wrote.

The diocese “must have come to the same conclusion because the new Church of the Ascension, kindergarten building and property were sold to a pharmaceutical firm. All the buildings including the new church were razed… A place for the cure of souls became the location of a medicine factory,” he said.

Joy Kogawa rediscovered her childhood home in Vancouver three years ago while on a drive through the neighbourhood. She was surprised it was still standing. It had a ‘For Sale’ sign. She and friends hoped to recover it but could not raise the money. Still, the new owner said he intended to keep it, and not raze it to make room for a larger building – even though most of the block has been redeveloped.

However last fall the owner decided to apply for a demolition permit. A group of Joy Kogawa’s friends sought and obtained from City Council a delay in its issuance, which expires March 31. Meanwhile, The Land Conservancy, a non-profit, charitable Land Trust in BC has become involved. The group works to protect natural habitat along with property of historic or cultural value. It has negotiated an option to purchase the property.

If a “Save Kogawa House” committee and the Land Conservancy can raise the $1.25 million required to purchase the house, restore it, and establish an endowment for maintenance, the group plans to use it as a home for a writers-in-residence program. The house would continue to keep alive the memory of what Canadians should never forget–what happens when fear and racism erase human rights.

It’s unlikely that the cherry tree in the back garden will survive for many more years. A large gob of sap has oozed from its trunk. But it should live on in a cutting planted at City Hall. And, if money can be raised, an important house in Marpole can live on also.

The house in which we live is in Marpole, a comfortable residential district of Vancouver. It is more splendid than any house I have lived in since. It does not bear remembering. None of this bears remembering.

For more information about the campaign to save the property, see www.kogawahouse.com or www.conservancy.bc.ca, or contact The Land Conservancy at 604 733-2313.

Images from the March 2006 issue of Topic