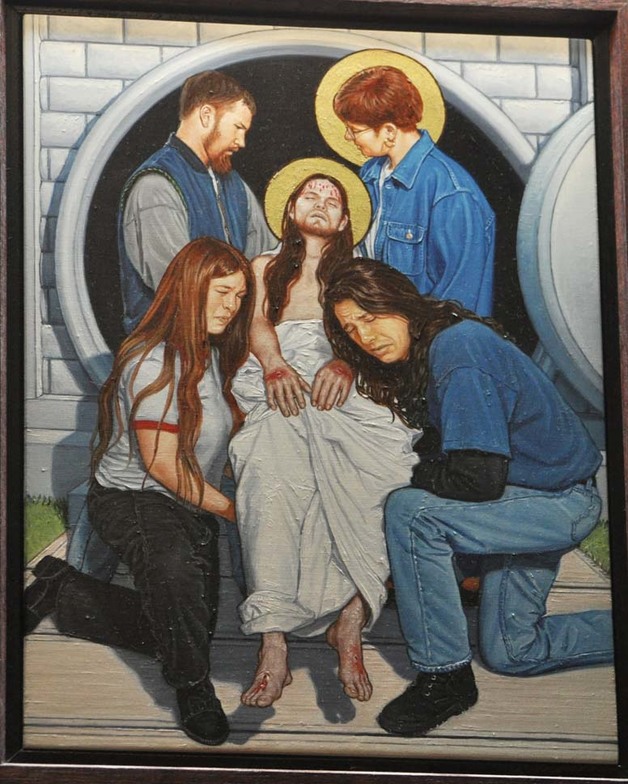 Hugh Hanson Davidson died on Monday, July 14, 2014 in Victoria, BC. Mr. Davidson had relocated from Vancouver some years ago. Hugh was a devout Anglican, a generous benefactor and prominent in his local parish at St. David of Wales, Vancouver. A well-known patron of the arts, in the mid-90s Hugh commissioned local contemporary realist artist Chris Woods to paint the Stations of the Cross (an example is provided on the right) using Vancouver as the visual context. They were then installed at St. David’s and when it closed the Stations were moved to St Thomas, Vancouver. Hugh’s great example continues as a reminder to us to be generous benefactors to our church by giving gifts-large and small--that will go on to inspire others in their faith. A Service of Remembrance will be held in Victoria, BC, at St. John the Divine Anglican Church on Tuesday, August 5.