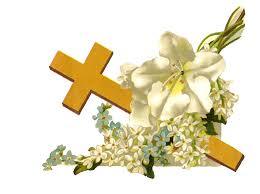 It is with sadness that I announce the death of the Reverend Celia Howard on Friday, July 8, 2016.
Celia was raised a Roman Catholic in pre-Vatican II times.

She was ordained in the Diocese of Huron in 1990 and served in a three-point charge there.

Celia was very active singing and performing in amateur theatre while she was kept busy raising her three children. Celia continued her love of theatre, music and dance throughout her life.

She moved to Vancouver in 1996 with her husband the Reverend Bob Korth who had been appointed Priest Associate at Christ Church Cathedral. During the decade that followed, Celia served at  St. Monica's, Horseshoe Bay and St. Catherine's, Port Coquitlam.

In 2006, Celia and Bob moved to the Sunshine Coast and served at St. Andrew's Pender Harbour. For three years they shared the only clergy-couple- ministry in the history of the diocese.

During her time in ministry at St. Andrew's, Celia completed her Masters Degree from the Institute of Transpersonal Psychology in San Francisco and wrote an Application/Integration Paper titled The Dancing Fool's Journey about dancing as a spiritual practice.

In the last few years, Celia learned to play the harp, continued with ballet classes, took up both Pilates and yoga, studied and practiced Positive Psychology, and delighted in her three grandchildren.

The Funeral Eucharist will take place, Friday, July 15, 2016 at All Saints', Anglican Church in Vernon, B.C., at 7pm. Bishop Melissa Skelton will preside and the rector of All Saints', the Reverend Canon Chris Harwood-Jones will preach.

Please remember Celia, Bob and their loved ones in your prayers.