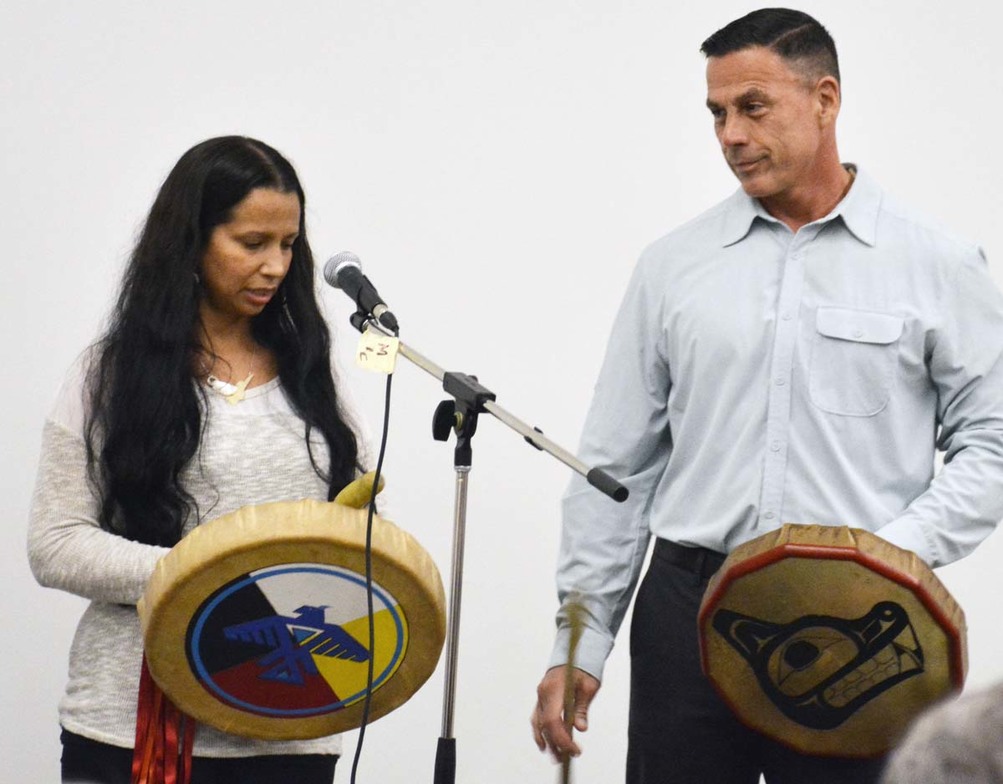 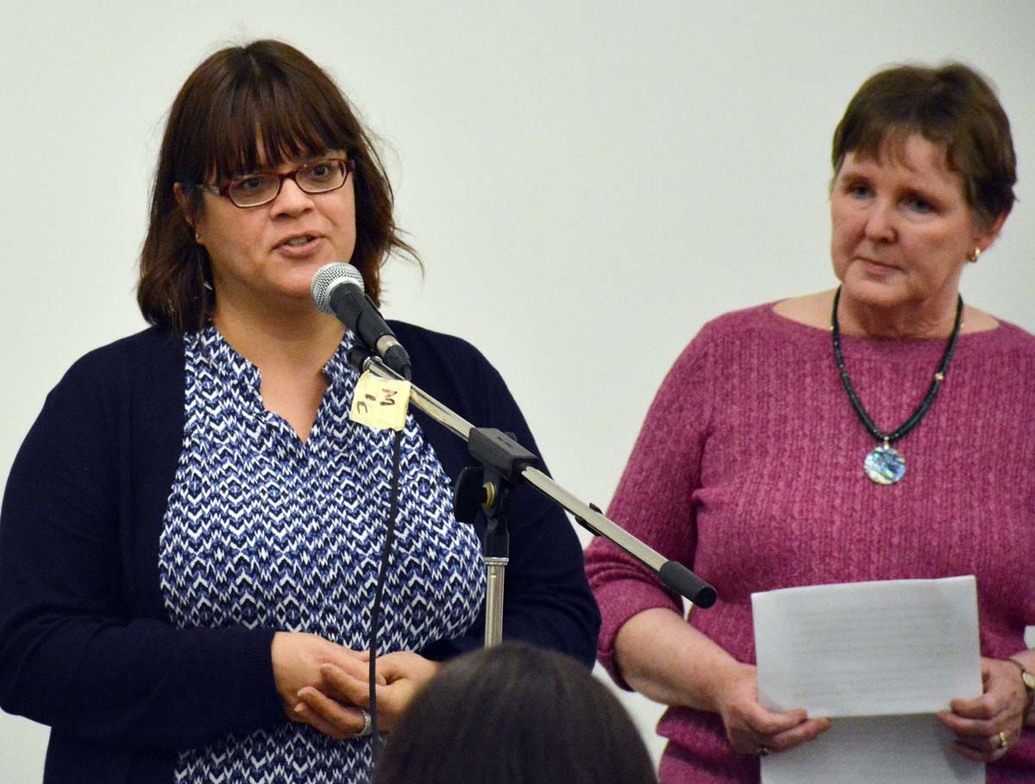 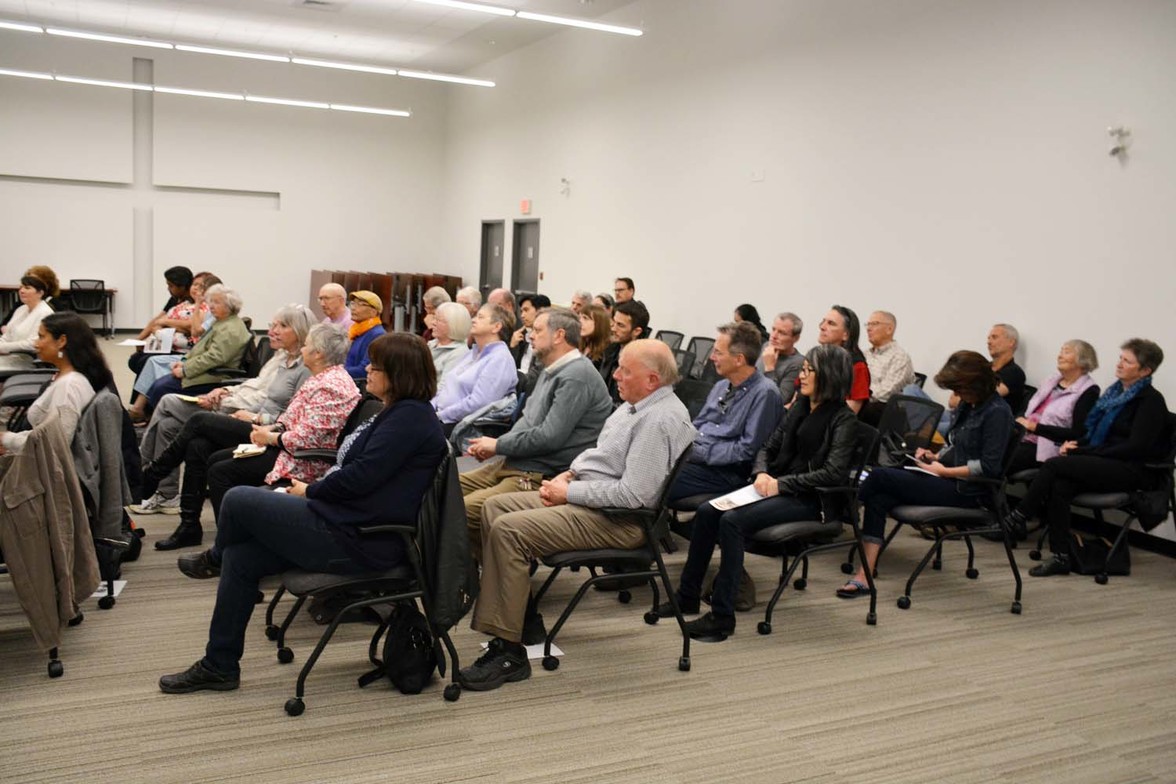 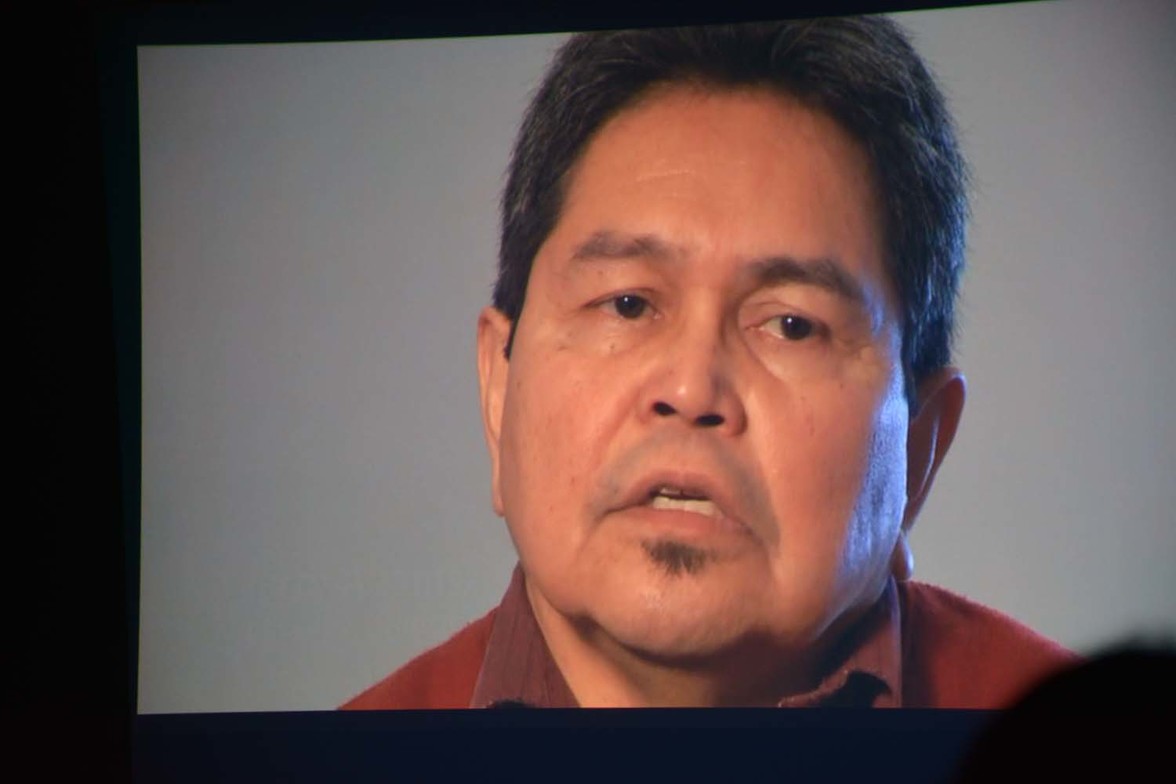 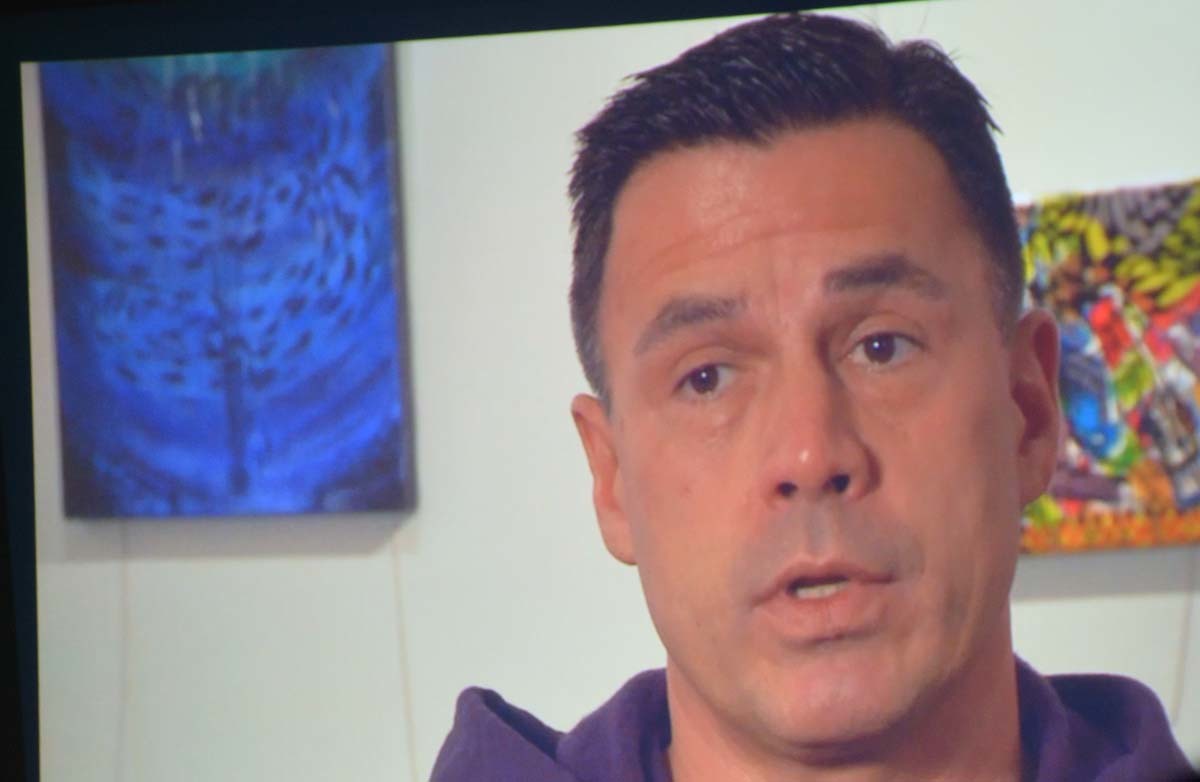 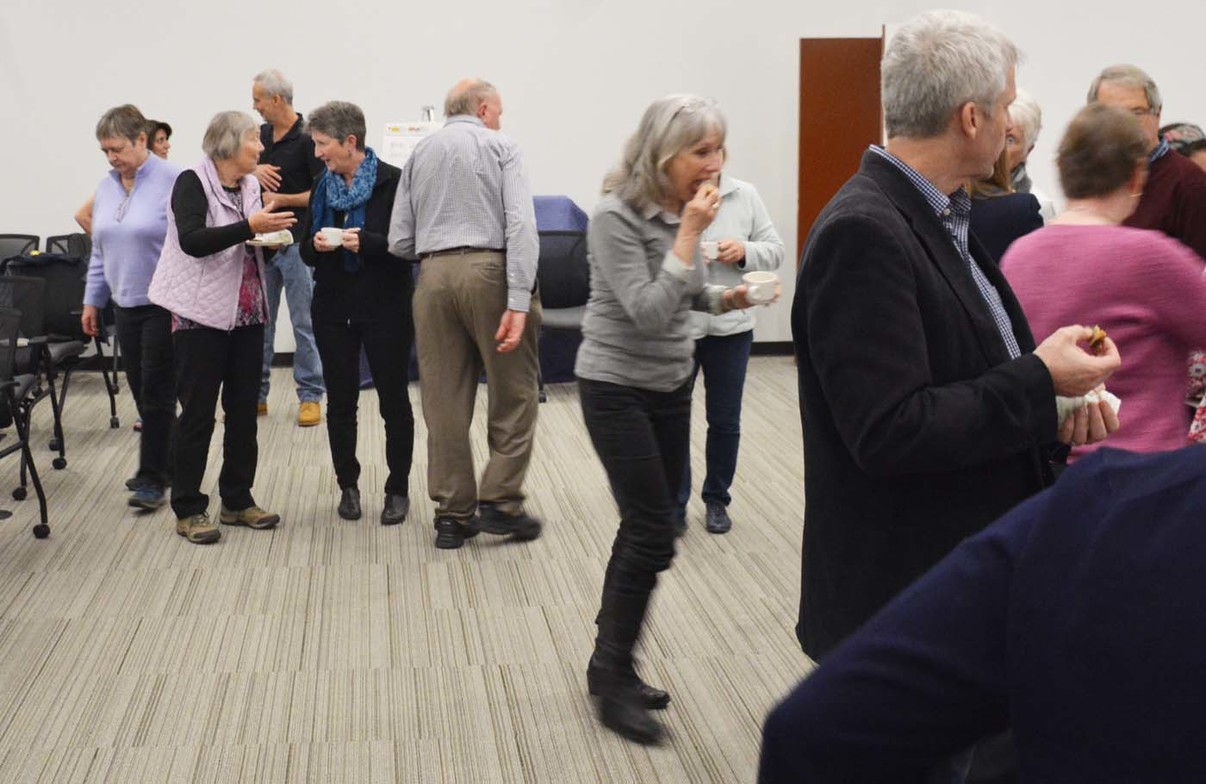 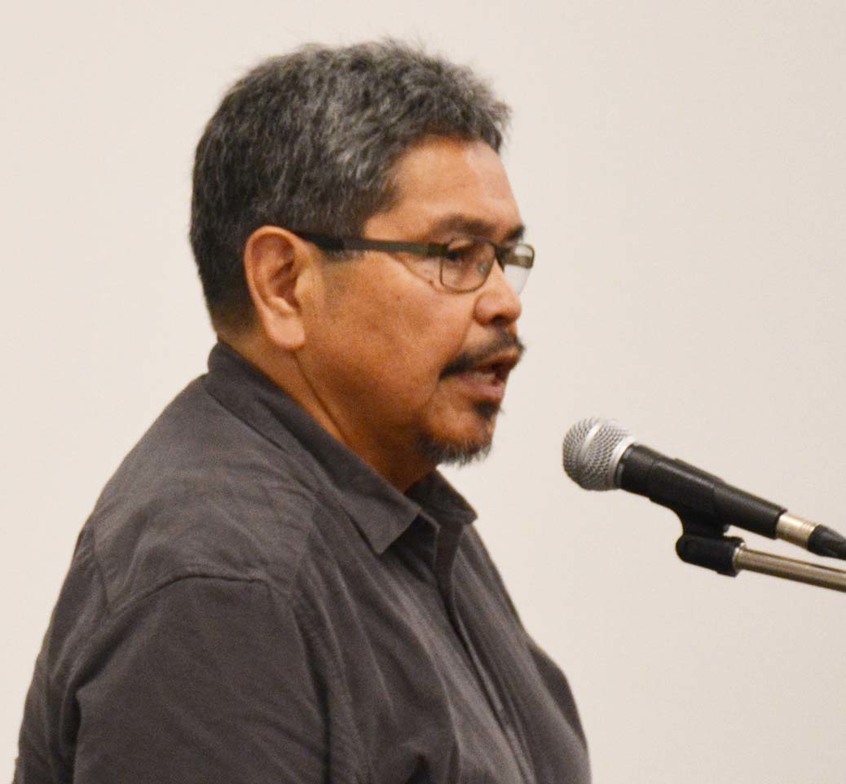 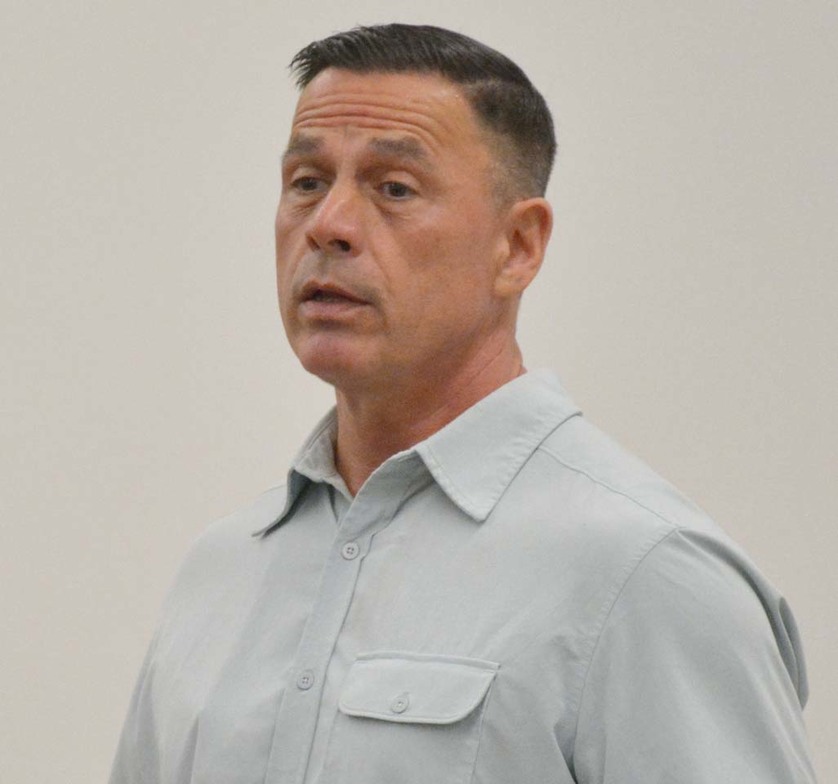 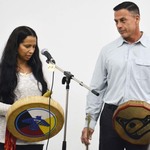 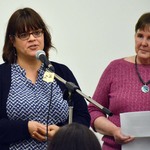 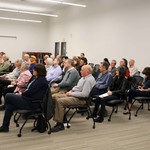 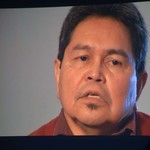 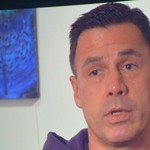 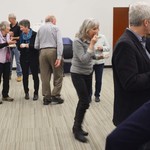 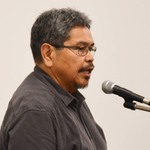 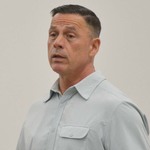 The first session of the three week series “First Nations Voices” being presented at the Synod Office Conference Room by The Coming Home Society and Urban Native Youth Association with support from the Indigenous Justice Ministry of the Diocese of New Westminster took place on Thursday evening, April 14.

This first installment consisted of the screening of the film made specifically as a sensitivity training vehicle for the Vancouver Police Department and other law enforcement and court related agencies called “The Spirit Has No Colour".

“This film is a joint production of the Police Academy, JIBC, 42nd Street Consulting and Orca Productions. “THE SPIRIT HAS NO COLOUR” is a training film for BC’s municipal police recruits on the relationship between police and Aboriginal Peoples.

It is centred in Metropolitan Vancouver and as such reflects the urban and reserve populations of that region. However, there is a commonality in the issues and experiences of Aboriginal populations across this country, both on reserve and in urban areas.

The filmmakers built on the teachings of all our elders, primarily that we learn best when we believe that change is possible and that there is hope for all of us, not when we are belittled or confronted only with our own failures or the mistakes of our ancestors.

We believe that we are in a time of great change and great possibility. This film is meant as a beginning for many conversations about “what next ”.

The intention of the film is to provide a first step training for recruits on:

Approximately 50 people, mostly from congregations around the diocese attended the screening and discussion session. Linda Adams, ODNW, the chair of the Coming Home Society was the MC for the evening and she was assisted by Urban Native Youth Association Executive Director, Dena Klashinsky. Linda and Dena worked closely together as coordinators of the Young Wolves Lodge which unfortunately had to close due to funding issues at the end of the summer of 2015.

The principal presenters for the evening were: Rick Lavallee, long time Native Police Liaison Constable who remains very active in numerous support organizations around Vancouver specializing in at risk aboriginal young people, and Linda’s husband Jerry Adams, a former Vancouver Police Board member who is deeply involved in aboriginal support services in Vancouver and beyond and has (and continues to be) been a member of St. James’ Parish for 38 years.  Both Rick and Jerry appear as interviewees in the film.

Linda Adams began the evening with a very brief greeting, thanking those in attendance for their admission donations. The money collected at the First Nations Voices events will be directed toward the Coming Home Society’s Wisdom of Elders program. For more information click this link.

The film was shown and then the plenary broke for a brief intermission to have coffee and sweet treats supplied by Linda and Jerry.

A sample of the film is available on youtube, it is the edited interview portion with Canadian comedian, actor, screenwriter, playwrite from the Secwepemc Nation, Darrell Dennis who many would know as the star of the television series Northwood. It is available on this page.

After the film, Jerry and Rick each took a turn expanding on the general focus of the film which is to create an atmosphere that helps guide people toward a compassionate understanding of intergenerational trauma. In an emotional address Jerry spoke about his experiences as a young boy growing up in the Nass Valley near Terrace and how nobody in his community had any control over their lives, “we had no power”. The government had complete control. He told of the fear and dread that the sound of an airplane flying overhead would bring, would it be the Indian Agent coming for children?  The Indian Residential Schools program is directly responsible for:  Jerry’s loss of his language; the lack of role models in his life; no contact with his father; violence on the reserve; abuse suffered by his relatives.  He said “I hope my girls will have a better life."  He thanked his younger relatives, specifically his nephew who is teaching him the language of the Nisga’a, and he added that he is becoming more comfortable with participation in ceremonies, drumming and dancing.

Rick began by saying that he has seen the film more than 50 times but every viewing is difficult for him. He shared a little of his personal story. Rick is Metis of Cree heritage. He said that as a youngster he didn’t know why but he was ashamed of who his parents were. He related the story of a recent conversation he’d had with people from South Africa who had been active in reconciliation there. They told him that when they’d  learned and understood the Canadian story it seemed to them that First Nations peoples in Canada are far worse off than in South Africa because there are so few. Aboriginal peoples make up 4% of the population and almost 25% of the federal inmate population.  Rick also spoke about the young people who are shown with him in the film, some whom are or were gang members, all of whom had been at risk, getting together at regular event at the Native Friendship Centre on Hastings Street. He sadly pointed out that one of the youngsters had recently died.

After Jerry and Rick spoke, the floor was opened up for questions and comments. Many of the questions had to do with services and support currently available for Vancouver’s aboriginal population. Jerry and Rick recruited Dena Klashinsky to address many of the questions and she was able to direct the interested parties in the audience to a variety of web locations where those organizations are listed, while at the same time giving some history and background on the development of these organizations in our city and province.

The second installment of First Nations Voice will take place at the Synod Office, 1410 Nanton Avenue on Thursday, April 21 at 7pm. Session 2 is titled ‘First Nations 101’ and Linda Adams says that there will be “tons of stuff you need to know about First Nations People” . Tsimshian author, Lynda Gray will introduce her book. “You will come away with a better understanding of our shared history and of the many issues that affect the daily lives of First Nations peoples. “ Copies of Lynda Gray’s book will be available for purchase.