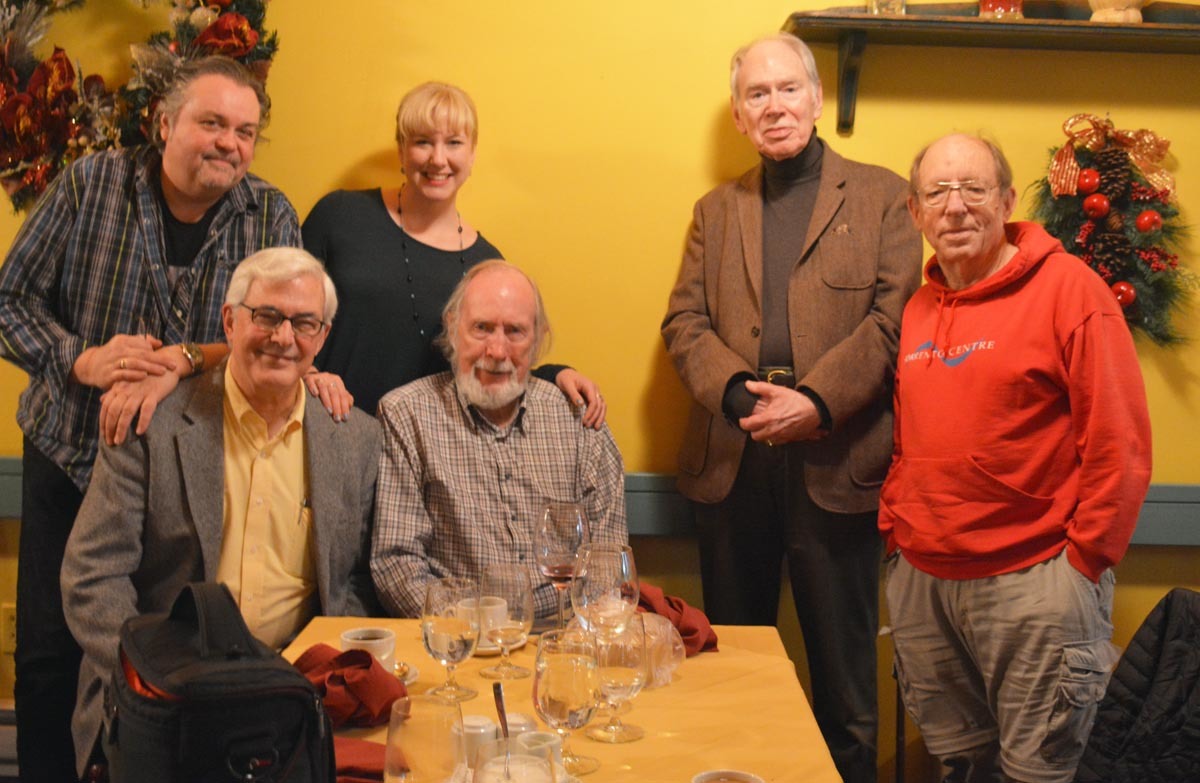 On Friday, December 2, four former editors of Topic, the publication of the Diocese of New Westminster gathered for a luncheon organized by Lyndon Grove, ODNW at a first class Italian restaurant in East Vancouver. Also in attendance were Melanie Delva, the archivist for the diocese and the Ecclesiastical Province of BC/Yukon and the current Topic editor, Randy Murray who is also the communications officer for the diocese.

The food was delicious, the negronis were "the best" and the time together was lots of fun with many memories shared, along with some interesting information about the evolution of the publication and church reporting over the past nearly five decades.

The table in the eatery was not just shrouded in nostalgia as some good ideas came forward from the group. Melanie, inspired by her current work cataloguing audio interviews that Lyndon had done with former bishops, Godfrey Gower and David Somerville suggested that he do some more. This created some excitement and prompted the group to offer suggestions of possible interviewees. Also, Conrad Guelke, ODNW told the story of how Topic became Topic. Archbishop David Somerville had wanted to rename the diocesan paper and change its format. He asked the editorial team of the late 1960's to come up with a list of names and Conrad suggested the name of a British engineering newsletter that he used to receive called Topic. Topic's 50th Anniversary will be coming up in 2019! You will be hearing more about both of these items in the near future.

December 2, 2016, was also a milestone birthday for Neale Adams, ODNW, diocesan communications officer and editor of Topic from 2000-2009. Neale's natal day was marked by some bad singing and a piece of chocolate cake accompanied by six spoons.