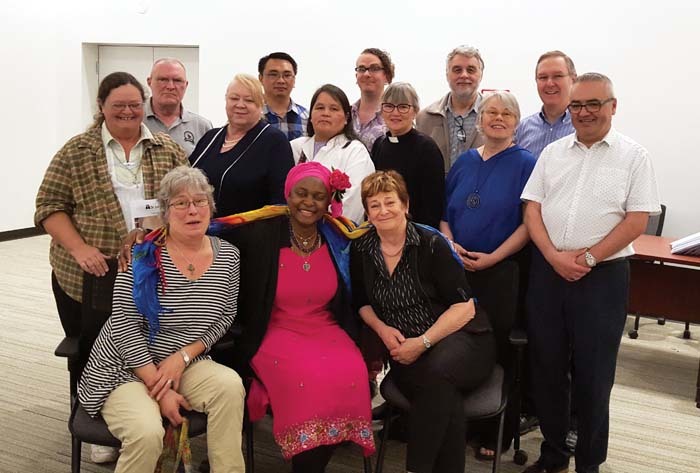 A total of eighteen people, including two trainers, gathered at the Synod Office on April 28 – May 1, to participate in a workshop to train facilitators in anti-racism training.

The DofNW’s strong commitment to providing anti-racism education has meant that the cohort of existing trainers is becoming exhausted. With the addition of seven more trainers the team will be better supported in carrying out their ministry.

The DNW Trainers have also committed to supporting their peers in Kootenay and BC as they begin their ministry in those dioceses.

The photo was taken on Sunday, May 1st after the group did its final de-brief. Missing from the photo are Esther Wesley, Jane Wakefield and the Reverend’s Laurel Dykstra, Vivian Lam, Steve Bailey.