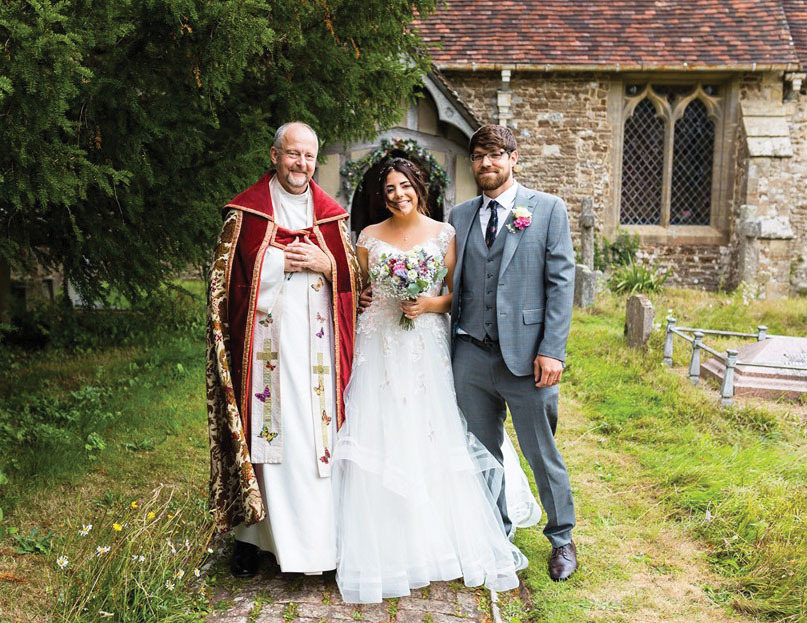 On August 18, during rector, Canon Jonathan LLoyd’s absence in order to officiate at the wedding of his daughter in England, St. Stephen’s was honoured to have as substitute clergy, the Reverend Canon Donald Lawton who is a member of St. John’s, Squamish and the rector at the neighbouring parish of St. Francis-in-the-Wood, the Reverend Dr. Angus Stuart. History was made at this liturgy as both the officiating clergy and the tenor soloist are named Angus Stuart! Excellent cooperation occurred between the two, and subsequent conversation over coffee revealed that they were not even closely related. The organist for the service was Barry Waterlow who accompanied tenor, Angus Stuart.

Canon LLoyd with Emma and Richard following the wedding in Sussex, England on August 10. It was at East Chiltington parish Church, built in the early 12th Century.