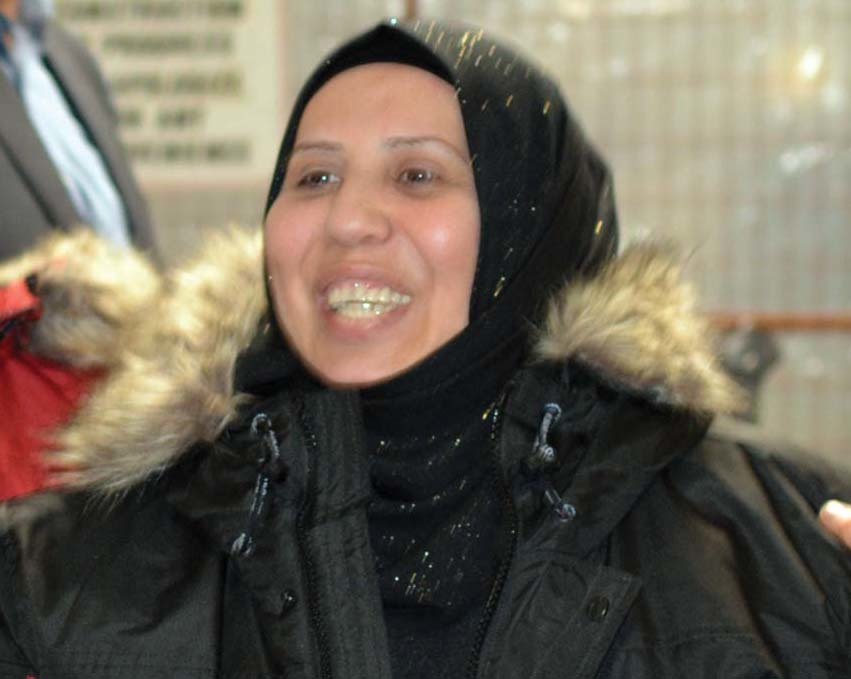 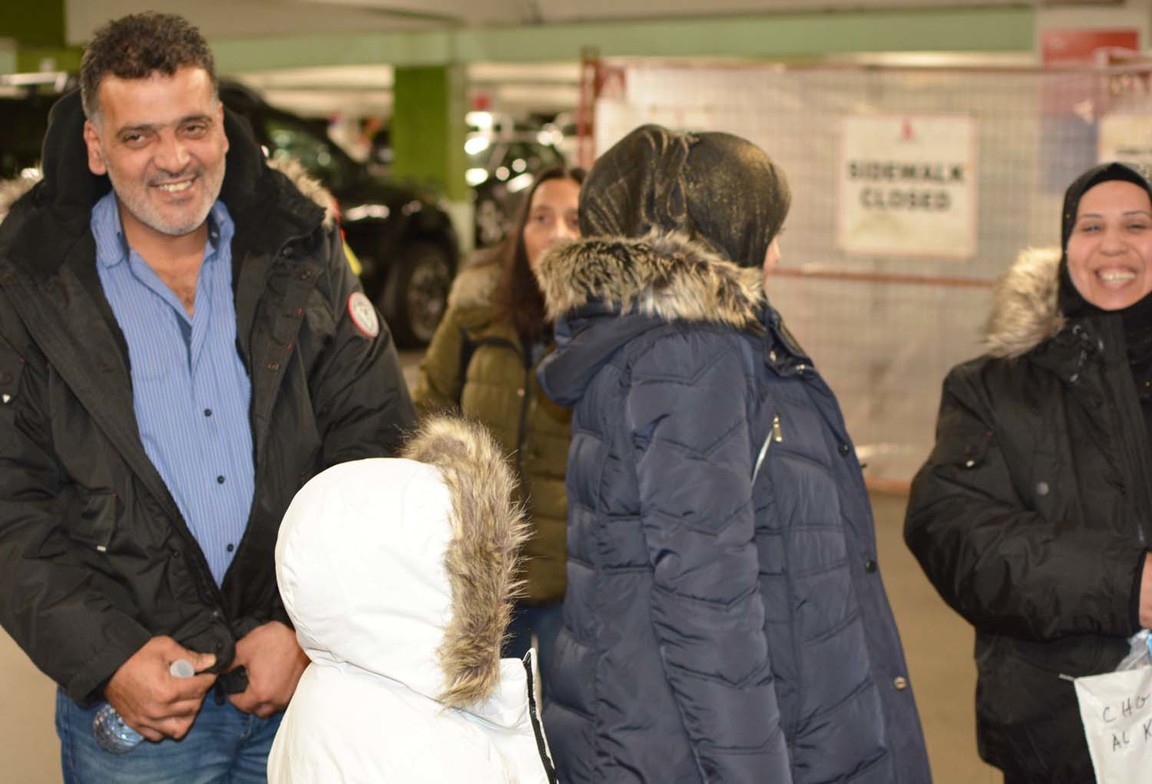 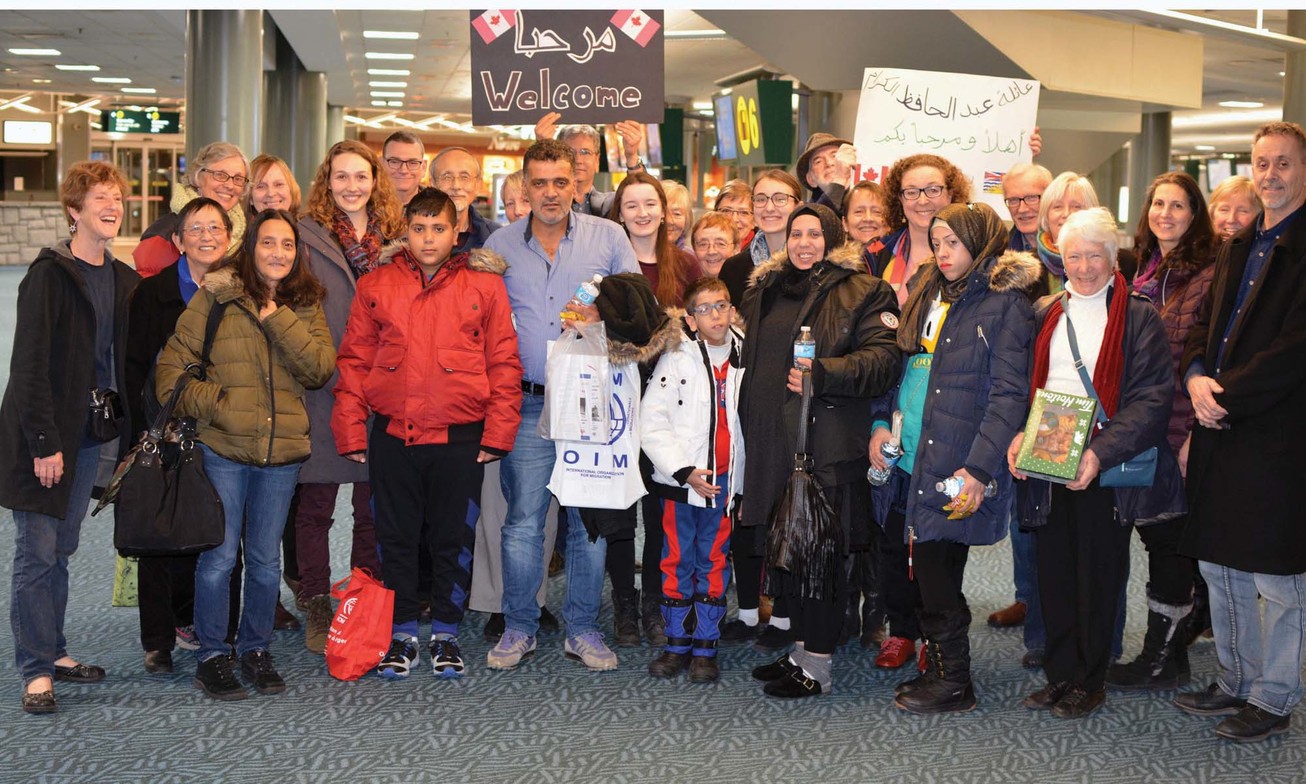 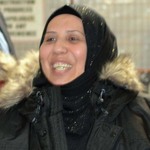 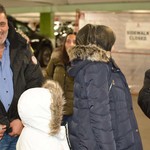 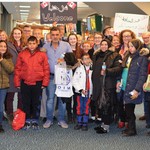 The first family of refugees connected to the Syrian crisis, and sponsored by R.E.S.T. the Regional Ecumenical Support Team which is associated with the Diocese of New Westminster through the diocese as an SAH (Sponsorship Agreement Holder) arrived at YVR at 4:45pm on January 15, 2016.

They left Amman at 2am our time or noon local time on the 14th arriving in Paris nearly 4 hours later for a crew change. There is an hour time difference between Beirut and Paris.

They left Paris an hour later for Toronto. They landed in Toronto January 14 at 8:15pm EST. The trip took nearly 23 hours.

The family departed Toronto at 11:20, January 15 and landed at 4:36pm, one minute ahead of schedule.

They were greeted at YVR by 25 members of R.E.S.T. There was a lot of joy, smiles and tears.

The family, consisting of parents: Honada and Said; daughter, Nour (18); son Ahmed (12) and youngest son Ibrahim (11) are Palestinian but had lived in Syria for many years. They had saved money for 18 years to buy a house and after a year in their new home it was destroyed approximately 5 years ago, and they have been in refugee camps ever since.

The family were transported by Sylvia Enga and Shannon and Stephen Muir of St. Agnes, North Vancouver driving an SUV and a van to a suite in a West Vancouver home where they will spend the first two weeks of their new lives in Canada. As of February 1st they will move into a nearly totaly furnished house in North Vancouver's Bluerigdge neighbourhood.

During the drive, Said and Honada spoke to their hosts through an interpreter. Said said "what Canada and Canadians did is over and beyond my imagination with their hospitality and the warm welcoming!", Honada added, "I haven’t felt the love, support and welcoming for five years since I left Syria.” During a visit with the family on January 16 Honada told them that they had chosen Canada as the destination for their new home over Germany and Holland when they did the interviews with the UN in Beirut.

They are very eager to learn English. Said who is a builder by trade is keen to look for work, however his hosts have assured him there will be opportunities to job search but he will have to learn a bit of English first.

On Saturday evening, January 16, R.E.S.T. produced a fundraising Pub Night at the North Vancouver Legion and raised in excess of $4,000.

During the week of January 17, R.E.S.T. volunteers will take the family for medical appointments and there is a planned trip to a church thrift shop where and when the family will have an opportunity to chose some clothing, as they arrived in Canada with little more than the clothes they were wearing. They have also requested that they meet with media to tell their story and express their gratitude. An interview with the North Shore News has been scheduled also for the week of January 17.

Check out the Bishop's Fund for Refugee Resettlement