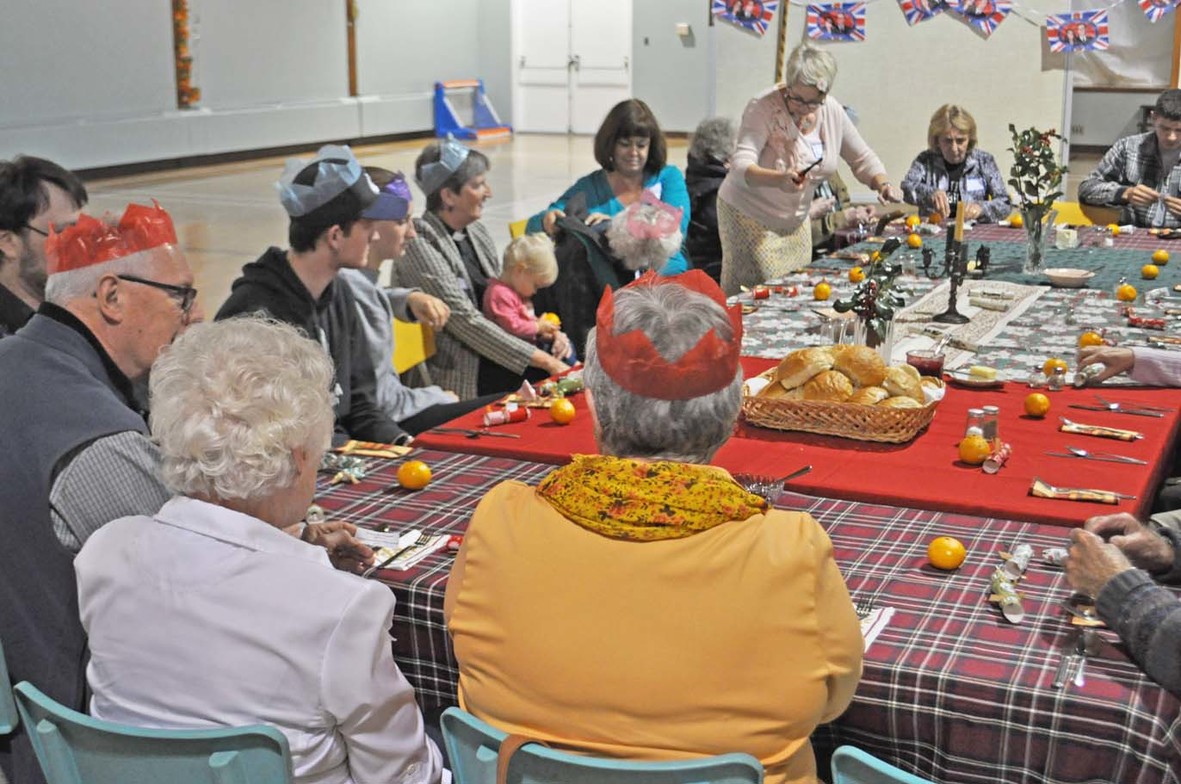 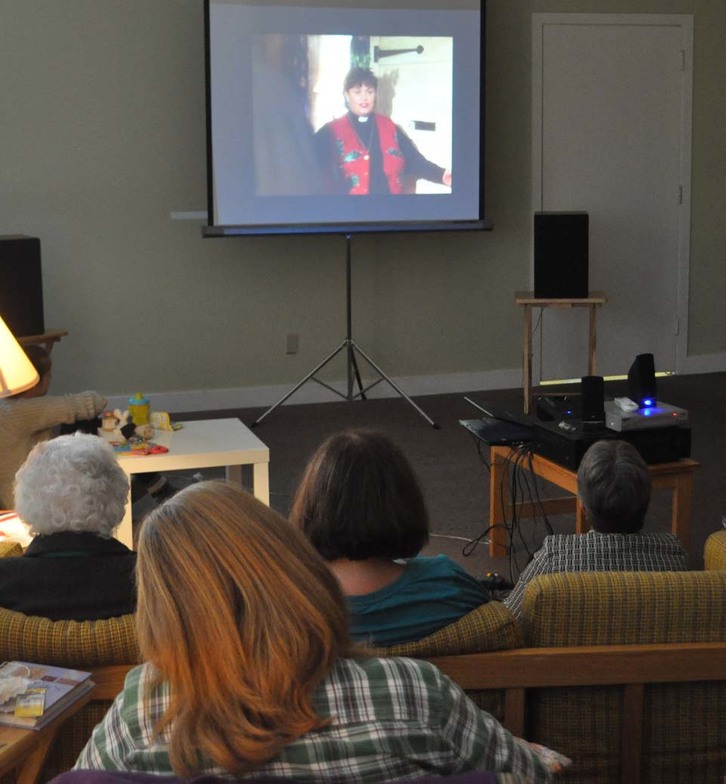 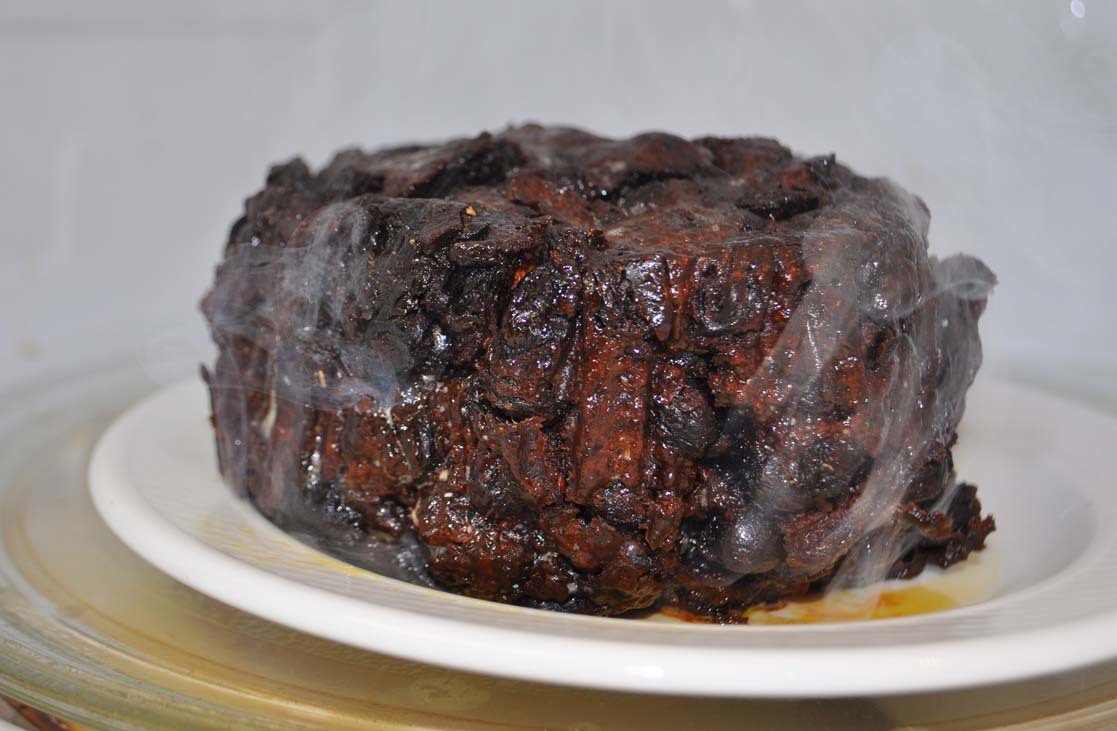 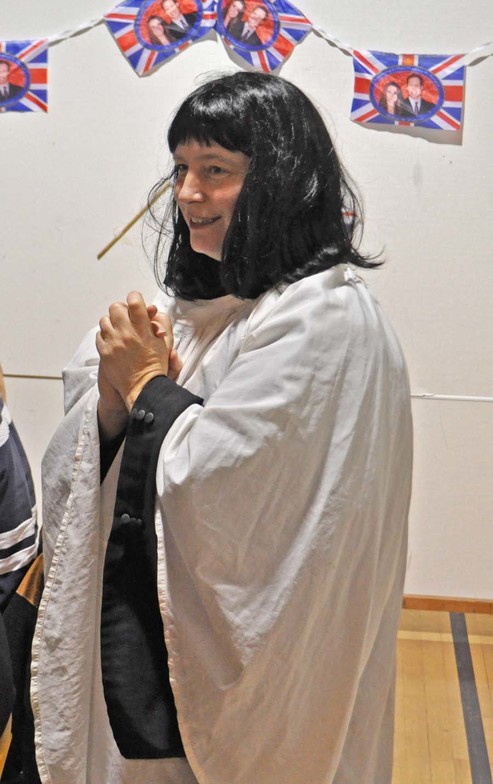 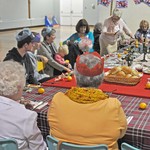 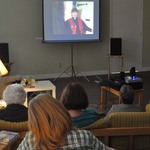 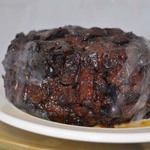 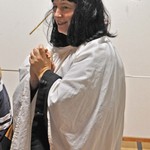 35 participated in the marathon which got underway with Episode 1, Season 1 about 9 am. The scale of giving or more accurately not giving was connected to how early a participant left the event. The earlier a participant departed the more money they gave - though many chose to simply give a generous, straight-out donation and came and went as they pleased! Others took advantage of the "three-show pass" offer and took a few hours out of their rainy Saturday to share some chuckles with the marathoners.

Following the completion of Season One’s Christmas Lunch episode at about 1:45 pm, the 35 participants were treated to a full British Christmas Lunch with turkey, gravy, stuffing and veg. featuring many brussel sprouts. A plum pudding caught on fire in the microwave and was removed out the kitchen door to the parking lot posthaste by principal organizer Peggy Trendell-Jensen who was dressed as the Reverend Geraldine Granger in black cassock, surplice and wig. It was much like an episode of the series.

There was also an Easter egg hunt to go along with the Easter episode, door prizes, a trivia contest, morning and afternoon tea and a Bangers and Mash supper.

The last episode finished at about 1 am Sunday morning, October 26th and eight participants remained. If one made it through the marathon they didn’t have to contribute.

With more donations pending, the current total raised as of this writing is $4,250. “People laughed all day (and night). That was the best!” remarked Peggy reporting on the event to diocesan communications. “It was lovely to have the company of people from other parishes; they too, were very kind with their financial support…We’ve had rave reviews from all the participants – (it) would have been totally worth it if we hadn’t raised a cent, but fortunately we did!