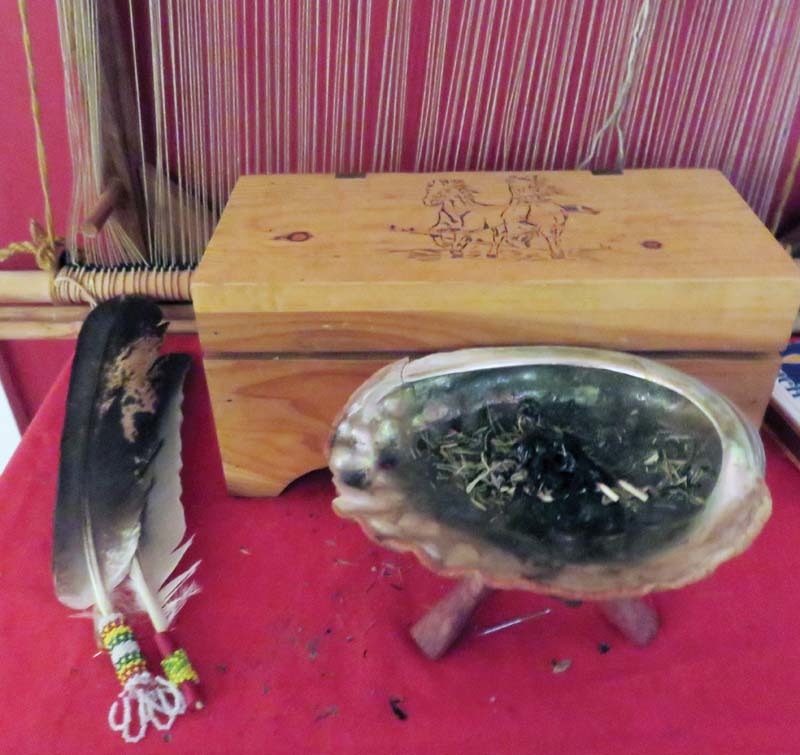 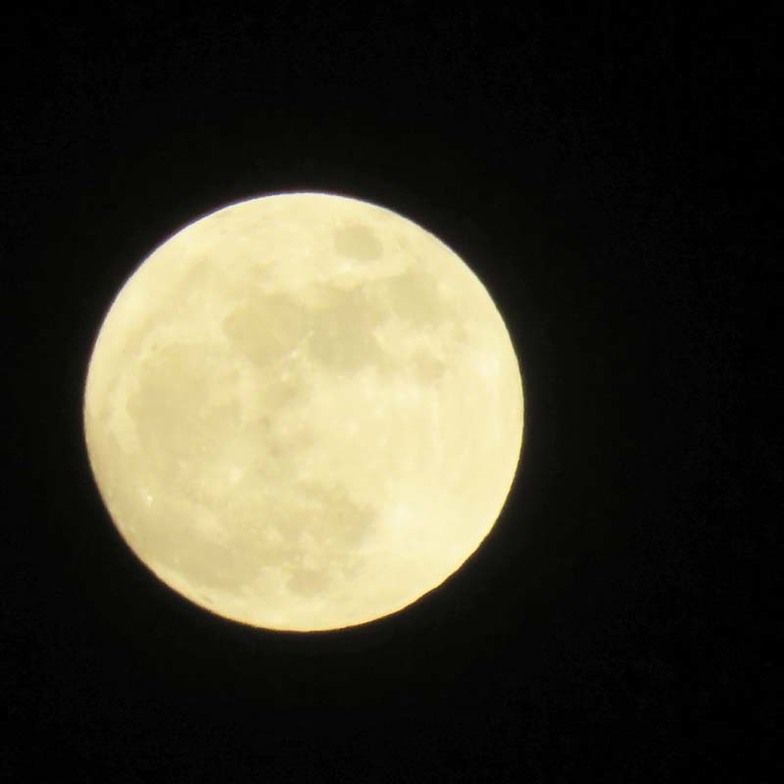 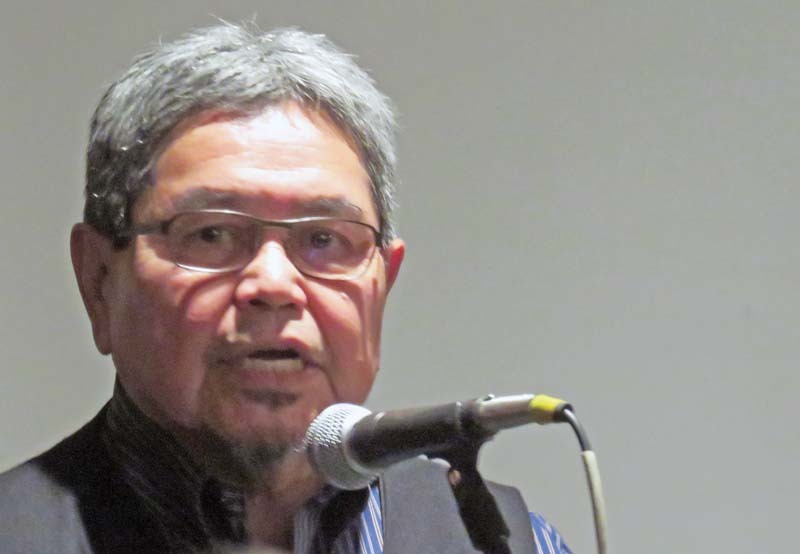 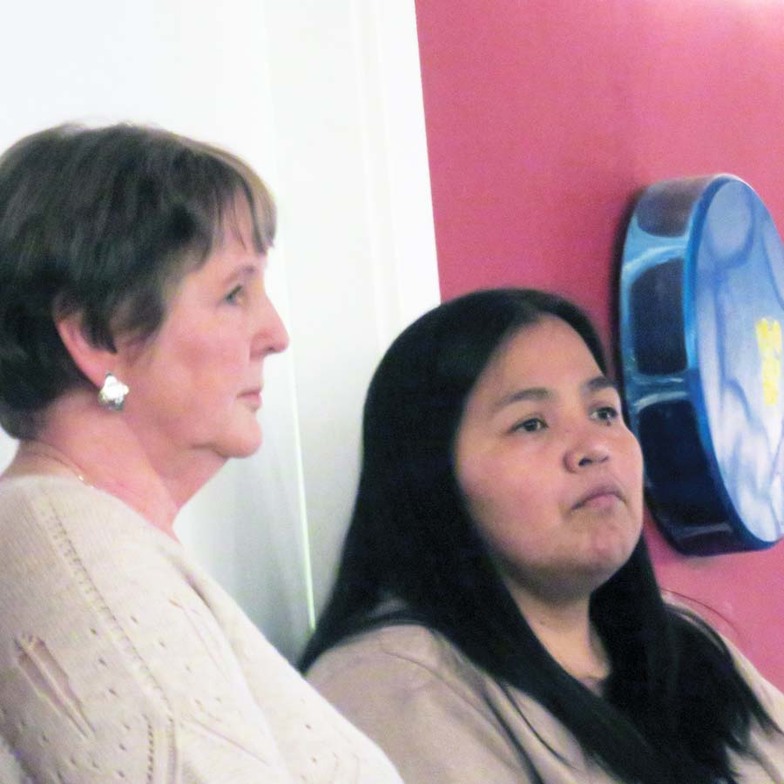 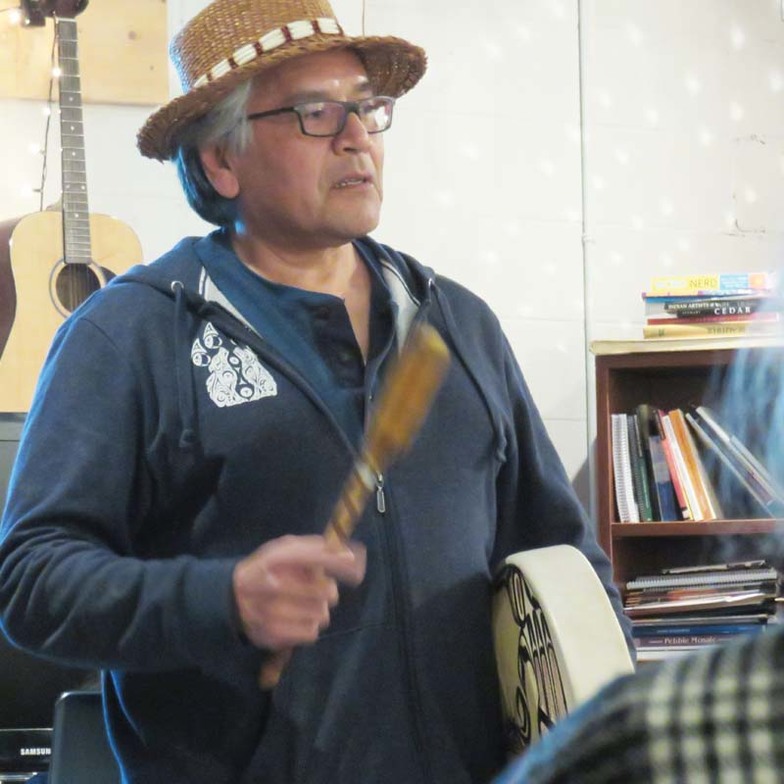 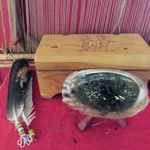 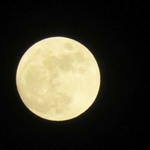 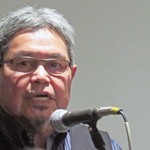 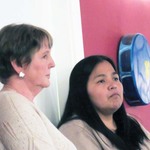 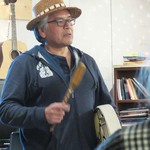 Under a full moon in January approximately 80 people met in the upstairs offices of an East Van service organization. The group was about one half Indigenous youth and youth-workers, the other half church people over the age of 50 and maybe one or two who were both. Shy teens offered paper cups of tea to church wardens and drifted back to stand against walls covered with hand-drums, community agreements written on flip-chart paper, and button blankets. We had gathered to celebrate something that, until 200 years ago, had been an unbroken and unquestioned heritage: Indigenous elders passing their knowledge on to youth.

The MC for the evening, Jerry Adams acknowledged our place on Coast Salish territory and praised UNYA as a place where many young indigenous leaders have gained strength, community, and practical skills. Jerry also noted that both indigenous people and church people have a tradition of eating together as a way of building relationships and patted his stomach in testimony to his membership in both groups. Linda Adams, ODNW president of the Coming Home Society emphasized that everyone present was there because they care about indigenous youth. Before he drummed and sang, elder Bruce Robinson reminded all of us of our role as teachers. He called us to look at the heart of others to see how we are all the same and to honour the ancestors that brought us here. The atmosphere was one of mutual regard and holding one another up.

The staff, elders and supporters of the Wisdom of Elders program were passionate and articulate, but by far the most impressive speakers were the youth. Hesitantly or courageously, they introduced themselves in  their own languages, they offered prayers, and spoke about their growing connection to land and culture. They also talked about the experience of shame and disconnection from culture. Their obvious regard for the program elders and staff, and their affection for one another was a privilege to witness.

Wisdom of Elders has some of its roots in the diocese of New Westminster. In 1998, CHS, was initiated as the diocese and St. James parish sought to respond to social problems in the Downtown East Side. They partnered with UNYA in 2000 to create the Young Wolves Lodge, a spiritually and culturally rooted residential recovery program for Indigenous women ages 17-24. When the Lodge was closed in 2015 due to a shift in federal priorities and funding, the creative partnership between CHS and UNYA made Wisdom of the Elders possible. CHS raised funds from the Anglican Foundation and United Church of Canada Healing Fund; UNYA had arts, support and recreation youth programs in place but it was the youth and staff who identified the specific ways that elders could make a difference for them. Both organizations identified and invited elders able to provide cultural skills, traditional knowledge and spiritual guidance.

The Wisdom of Elders program is a concrete example of churches honouring Truth and Reconciliation Commission’s Calls to Action which explicitly called churches to:

Both Jerry and Linda Adams talked about reconciliation through small actions that build relationships. But the Coming Home Society has been humbly going about the practical work of reconciliation between church and Indigenous people and communities for nearly twenty years and that is no small thing.

You can support this important work by sending a cheque to the Coming Home Society, 303 East Cordova Street, Vancouver, B.C.  V6A 1L4.