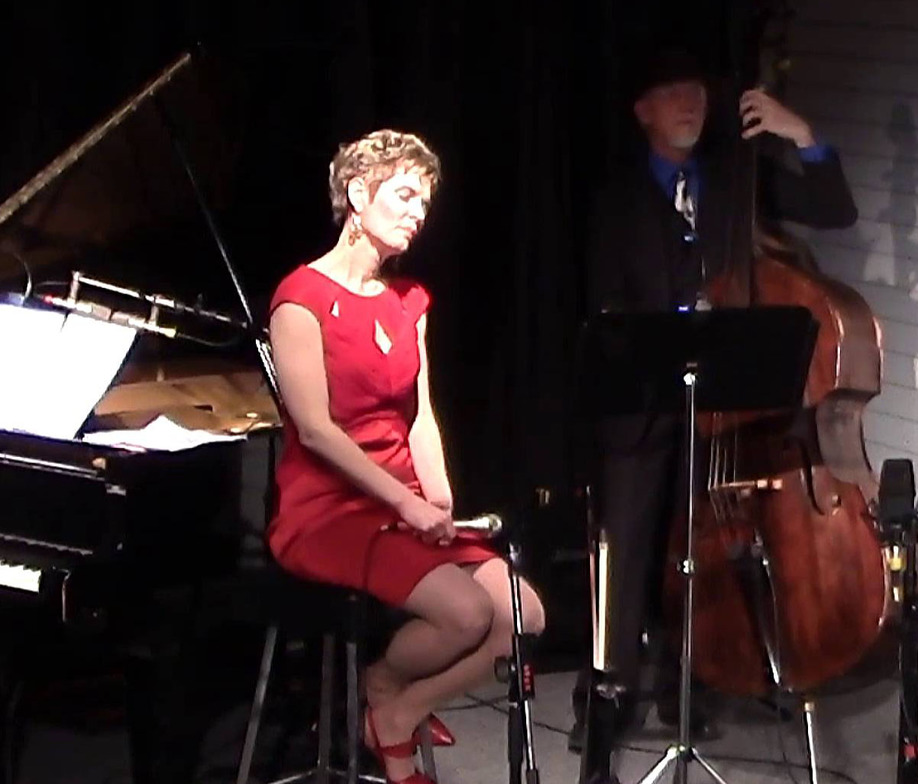 St. Stephen’s in West Vancouver hosted a bright and cheerful jazz quartet on a miserable and rainy Sunday, September 30 for the first of the monthly Jazz Vespers celebrations for the 2018-2019 season. Visiting priest, Canon Donald Lawton, led the worship service by first welcoming the members of Linda Szentes and Jazzllinks: vocalist Linda Szentes; pianist, Ron Sluyter; bassist, Johan Worst, and drummer Zoltan Kollar. The music, theme-picked for the season, included: Bluesette, Autumn Leaves, September Song, and the spirits of the congregation were lifted by the Latin American tune: Chega de Saudade (no more blues).

Following the sharing of Psalm 13, Canon Lawton reflected on the subject of music being an important part of spirituality. He mentioned that since jazz came from the souls of an oppressed people, it has the ability to draw us toward hope, in the same way that the psalms uplift us toward God, jazz can reflect God’s gracious presence and lead us to love.

After two meditative prayers by Canon Lawton, Peter Vanderhorst, coordinator of the series, led the congregation in a vigorous singing of Down by the Riverside that matched the sentiments expressed in the last song, Leonard Cohen’s Hallelujah sung by Linda Szentes.

November 11 - Ladies of Company B