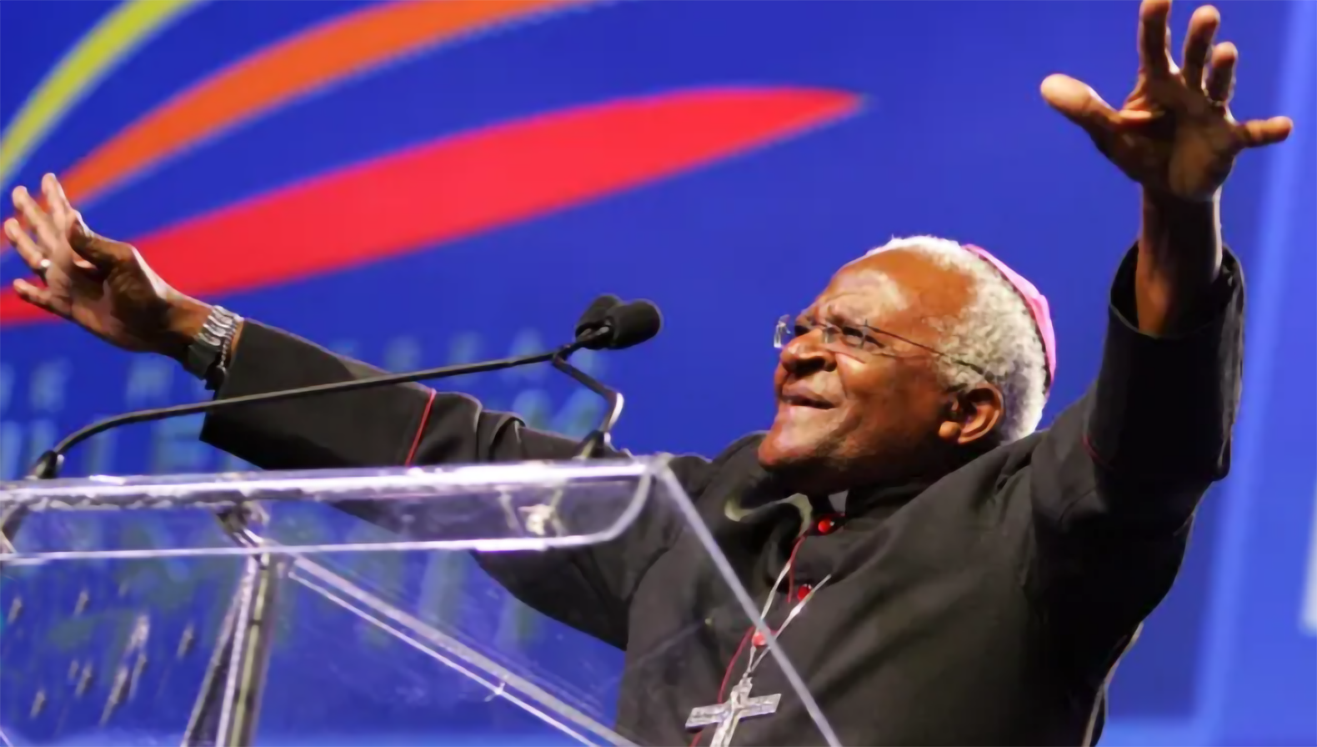 The Episcopal Diocese of Pennsylvania celebrated its bicentenary in 1984.  Between nine and ten thousand people gathered in the Civic Arena of the state capital, Philadelphia. I recall it was a warm summer evening.

The mood, as you might expect, was festive. After all, it is a no mean thing for an institution to have journeyed through two hundred years of a history that was at times stormy and divisive. Between 1784 and that evening of 1984, great tides of social change had swept through the church’s life. All of this history was present as the hour for the celebration neared.

In a sense my role was simple. This Choral Evensong would have two homilies, one near the opening of the service and one near the end. For the first homily I was responsible. Apart from my being surprised at the invitation to speak on this occasion, there was something far more significant on my mind. The second homily was to be given by Archbishop Desmond Tutu.

I had met Desmond some years before he had become the world figure he now was.  As Dean of Christ Church Cathedral in Vancouver I had invited him to be our preacher while he was visiting the city to give some addresses. Some years later I had shared a speaking engagement with him at the World Council of Churches. Since that time he had become nothing less than a world figure. He had taken a leading role in the struggle against apartheid in his homeland, often at great personal risk to his own life.  For his courage and commitment to that vast struggle he had very recently been given the Nobel Peace Prize.

While meeting Desmond again on this occasion had been just as pleasant as our former meeting in Vancouver – I was very aware that for this huge gathering, his was the significant voice of the evening. I had to trust that what I had prepared would be worthy of the occasion.

The evening has remained memorable for me, not only because I was given the privilege of sharing it with Desmond Tutu but for two particular moments in his presence. The first is typically Desmond and, for me, it echoes still in the laughter of that great crowd. When he stepped to the microphone to speak, the arena had become very warm. Typically Desmond decided to do something totally unexpected. In a hushed and solemn tone his very first words were, “My friends, I wish to tell you a story about a clergyman who was in bed one night with his wife.”

To say that Desmond got peoples’ attention is an understatement. The single statement was so utterly unexpected, coming from so eminent a figure on such a solemn occasion, it is not exaggerating to say it electrified the arena. You could also feel a ripple of discomfort. Was this visitor going to spoil this special evening? How could this levity possibly serve the occasion? With perfect timing Desmond then added “She turned to him and said - Darling, I cannot get to sleep; preach me one of your sermons”.

The place exploded with laughter. All was well. Everyone relaxed, and, most important of all, Desmond had this great crowd in the palm of his hand. It was masterly. He then proceeded to give a magnificent plea for the life of the Church to be characterized by its commitment to justice of every kind in contemporary society.

There came a second moment which I treasure. Because of the size of the arena, the flight of steps from the specially built sanctuary area was very high above the arena floor. As the procession came down those steps Desmond and I were walking together. He turned to me and expressed warm appreciation of what I had said, then requested a certain quote that I had used. I said he was most welcome and I would give it to him in the robing room, but I was suddenly moved by the fact of being in his presence.

At that time there had been many news items on every form of world media about his South African struggle. It was well known that especially in the volatile streets of Soweto, Desmond had on more than one occasion risked his life to stop what had become known as the tyre burnings, a style of execution where a tyre filled with gasoline and set on fire would be thrown over a victim’s head and shoulders.

Suddenly I becoming acutely aware that I was beside a person of such courage shown in the name of Christ, I said, “Desmond, I speak in a world very different from the world you know. For the most part I receive appreciation. You sometimes speak at the risk of your life. For all of us, thank you, my friend. Thank you”

For a moment he put his hand on my shoulder and we came down together.