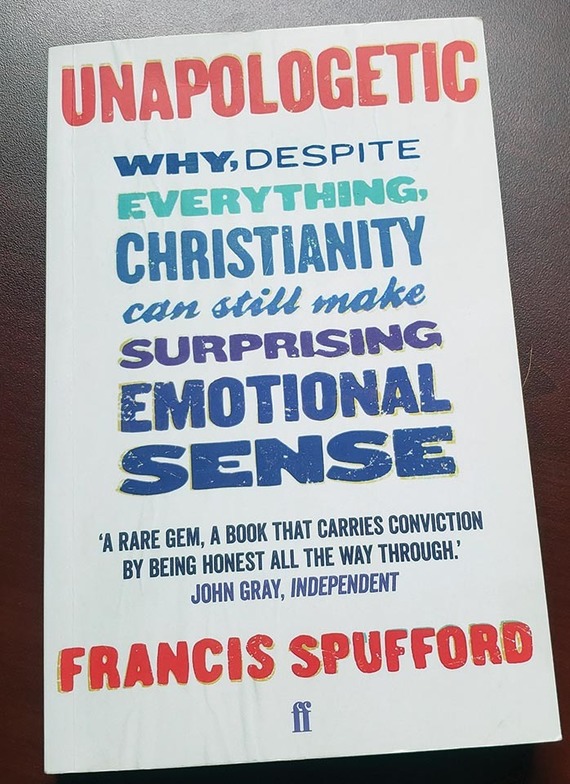 It’s been a few years now since populist atheist writers like Sam Harris, Richard Dawkins, Christopher Hitchens and the like stormed bookshelves and bestseller lists. But only a fleeting visit to comment boards on news sites and social media platforms will show their sentiments and slogans alive and well in contemporary discourse. Religion is the root of all evil, religion and science are hopelessly incompatible, the history of Christianity is one of unrelenting conflict and misery, especially after Constantine, and so on. And, it is true that Christians can and do feel shame about much. Canadian Anglicans need look no further than the residential schools. But when that shame overpowers our living in and through and by the gospel, well that’s a shame.

Recently, I was conversing with a deacon who shared how several of her most faithful and reliable parishioners are very uncomfortable in their Monday to Friday lives with divulging they are Christians who go to church. The potential judgement and quiet humiliation is felt just below the surface in many workplaces. Combine this with an Anglican spirituality that sits well with reserve and introversion and you’ve got an underground stream of Christians. Should that stream surface? Where does one even begin?

Francis Spufford’s Unapologetic suggests one place to start – the dignity and significance of the emotion, imagination, and instinct that the Christian story provokes. Spufford, a lay person in the Church of England, is not interested in a traditional apologetic – a defence of the faith with hard-headed reason. He flips that approach with showing how the depth and strength of our emotional response to the life, death, and resurrection of Jesus is a very human, fairly promising, and well, reasonable, place to begin with conviction. In a holistic and I think incarnational way, Spufford brings to bear all his powers of reason and thought to articulate this call to take seriously the power of emotion, imagination, and instinct in faith.

Spufford also does an admirable job of picking up many of the contemporary objections and critiques frequently laid at faith’s door - from sex to science - and responding either with humility or incisive observations. He frequently says things like: “the life of faith has just as many he-doesn’t exist-the-bastard moments as the life of disbelief.” Did I say his language is a little spicy at times? You should hear what he calls sin. He even gets into some internal Christian debates such as those over the gnostic gospels and cheekily dismisses any faith shattering effect some may think they hold. He asks us in a footnote to be grateful that he has condensed for us, “a vast amount of Gnostic wibble into this convenient joke.”  My main critique of the book is a simplistic characterization of the other Abrahamic faiths – Judaism and Islam. But nobody gets it all right and that’s a big message in the book too.

Whose this book for? Do you know any senior high school, university or college students? Maybe get this for them. They are in places where people do a lot of academic posturing to avoid faith matters. My hunch is this is often prompted by the vast ignorance of faith in popular culture, and an unexamined emotional avoidance cued by social threats to belonging than a very conscious or informed decision to reject.

Or do you know someone who has stopped going to church for a long time? Maybe you suspect they might have an underground stream of the Christian story still running through them too. This might be a book for them. It could help to sustain them in this leg of their journey or plant a seed for later and they’re not listening to you right now anyway. Do you have a spouse who doesn’t quite understand why you bother with church but is sympathetic and supportive of your spiritual life, and maybe that time when there was a crisis you even prayed together? Maybe get this and read it together and have some conversation and find out more about each other, and adventure into a different domestic relation for a time. Finally, do you feel embarrassed and not sure how to respond to the noisy, emotionally avoidant, yet often default anti-theist and anti-Christian waters we swim in? Maybe get this book for yourself. I did and I come away feeling energized and more importantly, closer to Jesus, lover of all.

The other thing that’s worth mentioning is that Spufford is a very fine prose stylist. I haven’t read a popular book of theology that has paid such attention to crafting language and displayed such a lively energy in a long, long time. The medium is the message too.