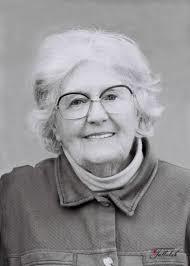 After seeing many influential women being recognized on May 8, 2018, particularly in British Columbia, I couldn’t help think that May Gutteridge’s name was missing.

“May was a formidable woman – not the kind of woman you would say no to and, why would you?” Because her cause was so eminently worthwhile.”

Douglas Todd from the Vancouver Sun also remarked in 2011:

“You have witnessed with feeling and conviction how a strong and gentle woman became a voice for the voiceless, a champion for the vulnerable and the forgotten. The world needs May Gutteridge today.”

Dr. Carol Matisuicky, Former Executive Director of the BC Council for Families acknowledged:

“I was very moved by May’s story. She always saw the whole person.”

You see, I had the profound experience of working with May Gutteridge from 1972-75 in the Downtown Eastside of Vancouver as a social worker and first hand saw how a non-political figure, a woman, transformed a community notorious for drug addiction, alcoholism, violence and homelessness by providing the deepest respect for the vulnerable in society and literally building care facilities and engaging governments from all levels into meaningful participation.

In a celebration of her life on May 14, 2011 affectionately entitled, A Day In May for Mrs. G, Mike Harcourt disclosed to the audience how elected officials and bureau chiefs locked their doors when they heard May Gutteridge was in the building. He said, “Harry Rankin would be upset to hear that May was at City Hall. ‘What does she want this time?’ he often complained.”

We could see that Mike enjoyed his ruminations of this strong, courageous woman who could knock down the walls of disinterest and apathy, ‘always politely’ and send shivers of fear through the halls of bureaucracy.

Mike told an amazing story about how May had pushed government for better and safer living conditions for the poor in the Downtown Eastside for years. One day in the early 1970s he witnessed the Commercial Hotel go up in flames from his storefront office that resulted in the tragic death of several people. In a matter of just a few weeks, the amendments she had vigorously lobbied for, were finally enacted.

May Gutteridge was one of the kindest, strongest and most courageous women I have ever met in my life. After watching her legacy fade through historical neglect, I wrote a short biographical story in 2011 to stamp her footprint of love indelibly on the historical record, and to say thank you for showing how powerful honesty and faith in people can be in the world of politics and government.

Many thanks to Douglas for submitting this piece to diocesan communications. The preceding piece has since its submission been published online and in print publications. Last fall Douglas updated his book about St. James' parishioner and social worker, May Gutteridge, "From Lost to Found" and a PDF copy is available below. Douglas asked that his book be distributed free of charge to as many who would like to read it. Editor