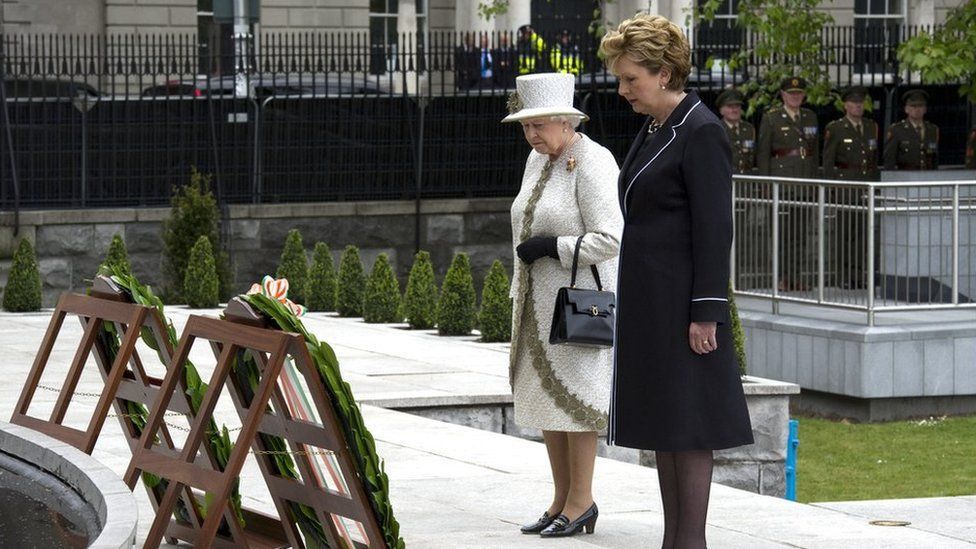 The parlour door, its lock and door knob gleaming and often polished, was just off the farmhouse kitchen. It was always locked, the key above the door, to be taken down only for very special occasions. The rector's visit, a wedding or funeral or baptism in the family, Christmas dinner. And in the corner sideboard, the top drawer held the copies of the Daily Sketch, showing in many pages of photographs the events of the year 1936, the year, as it proclaimed ,in which England had three kings. George the Fifth who died nobly, Edward the Eighth who abdicated shamefully and George the 6th who reigned faithfully. Such was my granduncle William’s succinct history of that notable year, solemnly told to his grandnephew who was all of eight years old.

You might indeed think it strange that monarchist views permeated an Irish farmhouse, but then we were Church of Ireland. Even though all around us a new republic was forming ,we prayed every Sunday "O Lord save the King", and when that good man died, worn out by the strain of the war, we took his daughter to our hearts and began to pray for her. Our parents would tell us of the day when she climbed up to a treetop lodge in Kenya, a 25 year old princess, only to come down a Queen, having received the news of her father's death. And on that same day she promised to be faithful to us all for the rest of her life, which is exactly what she did, with a faithfulness and a constancy probably unmatched in the history of monarchy.

She came to visit Ireland many years later, a visit that included her meeting the man who had arranged the assassination of her favourite uncle. She shook his hand as we would have shaken the hand of one of her most loyal subjects, and in that magnificent moment she had done more than all the politicians ever succeeded in doing to heal the pain and hatred and the tears of centuries.

The news of her death came to our house a few hours ago. About an hour later a friend sent some lines of an English poet Philip Larkin,

“In times when nothing stood

but worsened ,or grew strange,

there was one constant good:

she did not change."

May she rest in peace and rise with Christ in Glory.