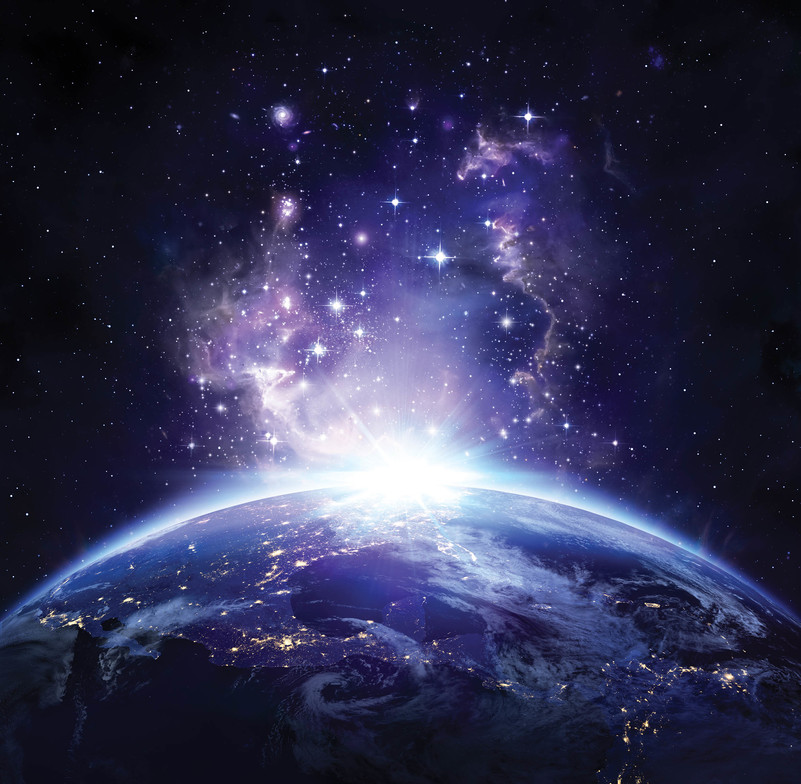 Nobody has told these people that the term apocalypse also has a level of meaning beyond that of disaster. It means an event that comes to reveal something of worldwide significance.

Here are four apocalyptic moments that have no falling high-rises, mile- high tsunamis or screaming people. But everyone of them reveals a great truth on a planetary scale.

In 1378, a vicious virus held the world in its grip.  Because one gifted woman wrote down her experiences, we have a window into that terrible century. Her name is Julian.

On May 3 in that year, she writes that she has just experienced repeated visions of our Lord. In one of those visions our Lord came to her and held out a hazelnut in his hand. Puzzled, Julian asked what this meant. Jesus replies:

That single beautiful sentence sounds through time like the ringing of a bell in our own shadowed COVID world.

We leave the Middle Ages and arrive at 1924.  A young Jesuit priest and palaeontologist named Pierre Teilhard de Chardin is a member of an international scientific expedition. They’re camped out on the Mongolian plateau of northern China, and he is in the habit of offering Mass each morning outside the camp.

On this morning, he realizes he has left behind the elements for Mass. After a moment of self-reproach, he gathers himself. He decides to offer what will forever be known as The Mass on the World. De Chardin positions himself on the barren ground and, making the Earth itself his altar, he begins to pray:

Lord, since here on the steppes of Asia I have neither Bread nor Wine nor altar . . . I, your priest, will make the whole Earth my altar and on it I will offer you all the labours and sufferings of the world . . . I call before me the whole vast army of living humanity: those in office, factory and laboratory who today will take up their impassioned pursuit of the Light . . .

Pierre De Chardin has made an act of liturgy encompass the whole planet.

On December 24, 1968 we were given our third apocalyptic moment. The spacecraft Apollo 8 is circling the moon. As it comes around for the fourth time, one of the crew, William Anders, sees the blue and white ball of Earth rising beyond the horizon of the moon against the blackness of space.

That image is apocalyptic, because as never before it reveals the fragile reality of humanity’s home.  That breathtaking image became EARTHRISE, probably the most influential environmental photograph ever taken.

For the fourth apocalyptic moment we meet a young Syrian doctor named Luke who has recently become Christian and has decided to write a book about Jesus' life. As we meet him he has just told us of the pathetically humble journey of Mary and Joseph, the small hillside village they come to, the stable they have to find for shelter, the manger for their child. He’s even recalled the ragtag group of shepherds that arrived on the scene.

But Luke has a problem. He himself knows who this child is, nothing less than the light of the world. But that knowledge is so vast that Luke feels he can’t find words.

Suddenly he knows what is needed. As a man of his culture, he would have been familiar with the classical myth of the music of the spheres. From the Jewish scriptures he would recall the author of Job referring to “when the morning stars sang together”. Taking his manuscript Luke reaches for the stars that pour their blazing light nightly over the planet since time began and will do so until time ends. He gives them a song - for the Creator, Glory, for the Earth, Peace. In doing so he makes this humble birth an event of apocalyptic Hope for the whole planet.

May you know Christmas joy.