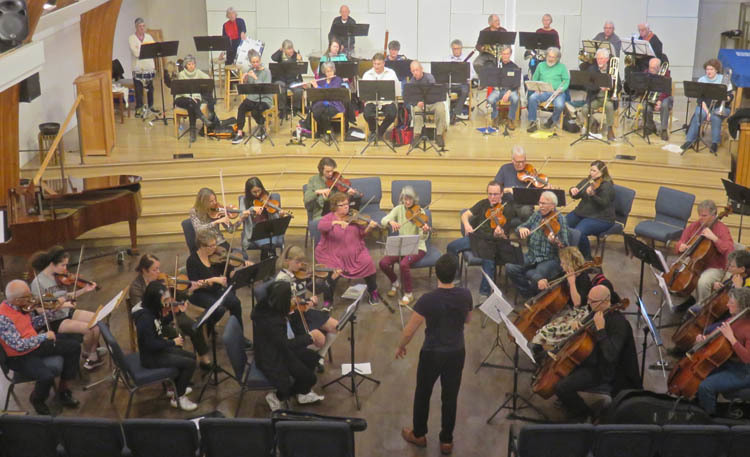 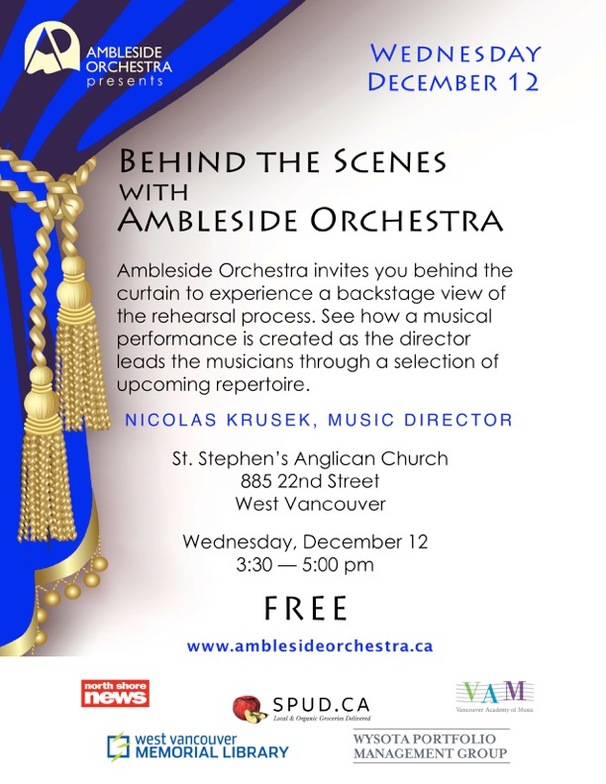 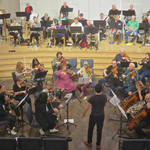 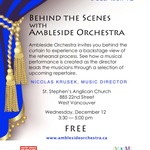 The Ambleside Orchestra of West Vancouver is performing a public rehearsal at St.Stephen’s (22nd and Gordon).

The Orchestra, the North Shore’s only community orchestra, last year celebrated its 25th anniversary. The membership ranges in age from 12 to 98. Under Musical Director, Nicolas Krusek, the group performs four classical concerts a year plus a a visit to Carnegie Centre  for the residents of the Downtown East Side. The concert on Dec. 12, called “Behind the Scenes”, demonstrates to the audience the process the Musical Director takes to create a concert program.